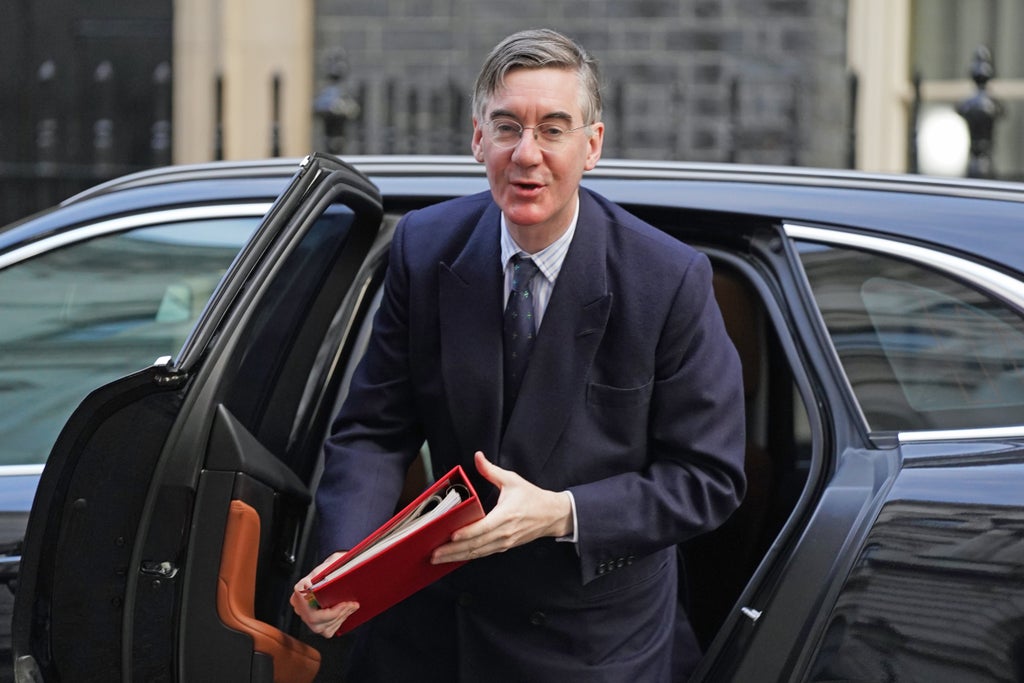 Mr Rees-Mogg, moved from Commons leader to the newly-created position of Brexit opportunities minister, reportedly “whispered” the idea of ​​using the attack line to the prime minister in the Commons last week.

Mr Johnson last week accused the Labor leader of “failing to prosecute Jimmy Savile” during his time as head of the Crown Prosecution Service, and using his role to pursue journalists.

Mr Rees-Mogg suggested he was not close enough to Mr Johnson to “feed him lines” – despite sitting next to him and speaking to the prime minister during the now-infamous Commons session.

asked about a Sunday Times report suggesting he had fed the PM the line, Mr Rees-Mogg told his ConservativeHome podcast: “That isn’t my recollection.”

The minister added: “What was going on at the time was a very noisy chamber and people were shouting things out. I think it came from behind us, but it seemed to me a perfectly fair point to use.”

pressed on his Moggcast podcast whether he was sure it did not come from him, the senior Tory replied: “I certainly mentioned the point about journalists in the back and forth across the chamber, but I think it came from behind both of us.”

He added: “I wasn’t sitting next to the prime minister, so I wasn’t in a particularly good position to be feeding him lines.”

Mr Rees-Mogg was seen pointing at Sir Keir and shouting, “Ha!” after Mr Johnson delivered his now-notorious smear about the Labor leader’s role in the Savile case.

The comments sparked condemnation from both Labor and the Conservatives have linked the remarks to protesters targeting Sir Keir outside parliament on Monday, with the mob accusing him of being a “paedophile protector” before he was escorted away by police.

Mr Johnson has sought to clarify his comments made in the Commons on 31 January, but he has refused to withdraw his remarks or apologize for them.

His long-standing ally Munira Mirza quit as head of policy at No 10 last week in protest at his refusal to withdraw what she called a “scurrilous accusation”.

However, supporters of the prime minister argue that they are entitled to hold him to account for the failings of the organisation.

Mr Rees-Mogg, during the podcast interview – which was recorded on Monday, before his ministerial job change – likened the situation with Sir Keir to the Crichel Down affair, in which a minister resigned after taking responsibility for actions taken by civil servants.

“You are responsible for what goes on within your department, even if you don’t know about it at the point at which it takes place,” Mr Rees-Mogg said.