Skip to content
Home News Jackson on track for confirmation, but GOP votes in doubt 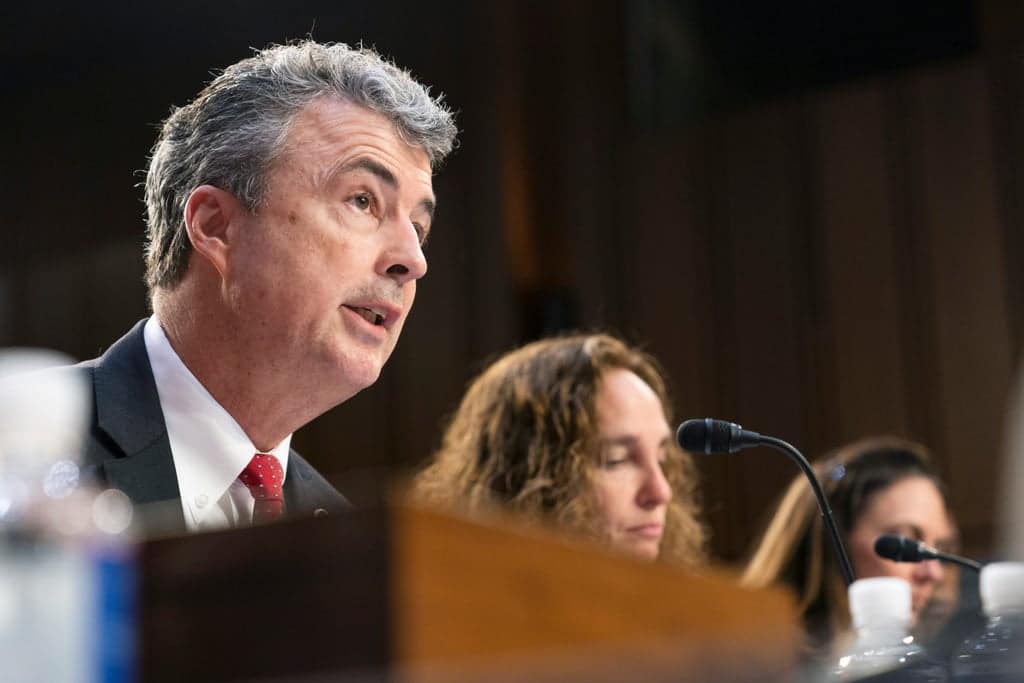 After more than 30 hours of hearings, the Senate is on track to confirm Ketanji Brown Jackson as the first Black woman on the Supreme Court. But Democrats seem unlikely to confirm her de ella with a robust bipartisan vote, dashing President Joe Biden’s hopes for a grand reset after partisan battles over other high court nominees.

On Thursday, just hours after the hearings came to close, Senate Republican Leader Mitch McConnell announced he will vote against Jackson’s confirmation. He said in a Senate floor speech that he “cannot and will not” support her for a lifetime appointment.

McConnell slammed the liberal groups that have supported Jackson and he criticized her for refusing to take a position on the size of the nine-member court, even though that decision is ultimately up to Congress. Some advocacy groups have pushed for enlarging the court after three justices nominated by former President Donald Trump cemented a 6-3 conservative majority.

McConnell also cited concerns about her sentencing of criminal defendants — a subject that dominated much of the four days of hearings and was part of a coordinated GOP effort to portray her as soft on crime.

His position was expected, and does not affect Jackson’s trajectory to be confirmed by mid-April. But the leader’s quick declaration could prompt many of his fellow Republicans to follow suit, thwarting Biden’s efforts to bring back the overwhelming bipartisan votes that were commonplace for Supreme Court nominees when he first came to the Senate five decades ago.

“I think whoever I pick will get a vote from the Republican side,” Biden said after Justice Stephen Breyer announced he would step down from the court this summer. As he started his search for a replacement, the president made a point of inviting Republican senators to the White House to hear their advice from him.

While many GOP senators have praised Jackson’s vast experience and qualifications, it was clear at the hearings that Biden’s outreach had little effect.

Republicans on the Senate Judiciary Committee interrogated Jackson about her nine-year record as a federal judge, frequently interrupting her answers. Jackson, supported by committee Democrats, pushed back aggressively on Republicans who said she gave light sentences to sex offenders, explaining her sentencing process in detail and telling them “nothing could be further from the truth.”

The focus on crime dovetails with an emerging GOP theme for this year’s midterm elections and is likely to be decisive for many Republican senators. Others have brought up separate reasons to vote against her de ella — from her de ella support de ella from liberal groups to her so-called “judicial philosophy.”

One or more Republicans could still cast a vote for Jackson’s confirmation, but the contentious nature of the four-day hearings laid bare a familiar partisan dynamic, seen over years of pitched fighting over judicial nominations.

Senate Judiciary Committee Chairman Dick Durbin, who has been privately lobbying GOP colleagues to support Jackson, said after McConnell’s announcement that it will be “sad for our country and sad as a commentary on where the parties are today” if her historic nomination is approved on a strictly partisan vote. “The Republicans are testing their messages for the November election,” Durbin said.

Durbin said he is “still hoping that several Republicans — I hope many more” will vote for her.

If not, Democrats can confirm Jackson without any GOP support in the 50-50 Senate, with Vice President Kamala Harris breaking a tie.

As talk turned to the voting ahead, the Judiciary panel held its final day of Senate hearings Thursday with a top lawyers’ group, which said its review found Jackson has a “sterling” reputation and “exceptional” competence and is well qualified to sit on the Supreme Court.

“Outstanding, excellent, superior, superb,” testified Ann Claire Williams, chair of the American Bar Association committee that makes recommendations on federal judges. “Those are the comments from virtually everyone we interviewed.”

Williams said the group spoke to more than 250 judges and lawyers about Jackson. “The question we kept asking ourselves: How does one human being do so much so extraordinary well?”

Jackson would be the third Black justice, after Thurgood Marshall and Clarence Thomas, and the sixth woman. She would also be the first former public defender in court, and the first justice with experience representing indigent criminal defendants since Marshall. Her confirmation of her would not alter the current 6-3 conservative majority on the court.

Durbin noted at Thursday’s hearing that some Republican senators argued that Jackson was out of the mainstream when it comes to sentencing, and he asked the ABA whether such a concern would have surfaced in their interviews with the judges and lawyers who worked with her.

“It never came up in any of these interviews,” Williams said.

During questioning Tuesday and Wednesday, GOP senators aggressively queried Jackson on the sentences she handed down to child pornography offenders in her nine years as a federal judge, her legal advocacy on behalf of suspected terrorists held at Guantanamo Bay, her thoughts on critical race theory and even her religious views.

Many of the hours of questioning were spent on the specifics of the child pornography cases, with the discussion led by several GOP senators who are eyeing the presidency.

Pushing back, Jackson said she bases sentences on many factors, not just federal guidelines. Sentencing is not a “numbers game,” she said, noting that there are no mandatory sentences for sex offenders and that there has been significant debate on the subject. Democratic senators cited outside experts who said her sentences of her were within the norm.

Some of those cases have given her nightmares, Jackson said, and were “among the worst that I have seen.”

The GOP criticism was countered by effusive praise from Democrats, and by reflections on the historic nature of her nomination. The most riveting came from New Jersey Sen. Cory Booker, who used his time Wednesday not to ask questions but to tearfully speak and draw tears from Jackson as well.

Booker, who is Black, said he sees “my ancestors and yours” when he looks at Jackson.

“I know what it’s taken for you to sit here in this seat,” Booker said. “You have earned this spot.”