Going from the player everyone was itching to see the player who you only notice when he’s not there is quite the transformation for Jack Grealish.

It is a state of affairs that will do nothing to silence pundits complaining about Manchester City’s £100m man being a flop, the Premier League champions being perceived as “boring” or both.

But Grealish’s absence from the starting lineup against Tottenham last weekend and Saturday’s scrappy 1-0 win over Everton gave a clear demonstration of what the British record signing gives to City – something the numerous lavish talents playing in his place were unable to replicate.

There has been much mirth at Guardiola repeatedly stating the England international has been “so good” following his meagre contribution of three goals and three assists to a side that has once again reached 100 goals in all competitions.

But that is not the only measure of value Guardiola attaches to his forward players.

Grealish cherishes possession, rarely loses it and is always available to give or receive an extra pass.

In layman’s terms, he takes the sting out of things – something City entirely failed to do as a fired-up Everton got amongst them and made them appear utterly lethargic during the first half at Goodison Park.

Heading into this weekend, Grealish had an 86.9% pass completion rate in the Premier League – better than any other City player that has spent the bulk of their time in the front three this season. 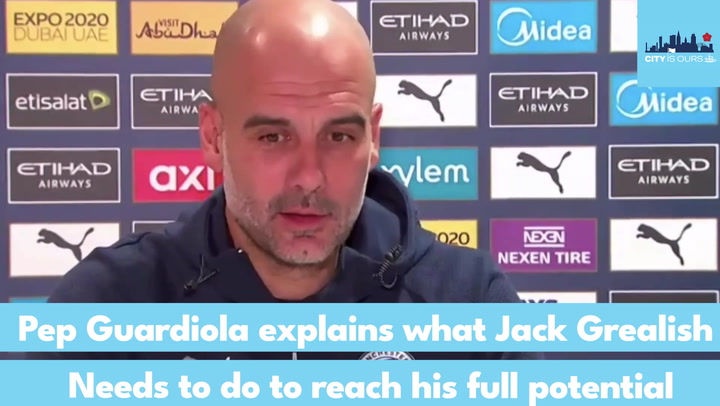 Some will attribute this to Grealish being overly “safe” in possession but as balls went astray and City failed to find any attacking fluidity against Everton, it was missed.

Guardiola’s false nine gambit relies in large part upon those familiar rumbling and seemingly never-ending attacks where sky blue shirts snaffle a half-clearance and start popping the ball around again. Grealish is always available to play his part of it in those exchanges.

At Goodison, second balls usually meant opportunities for an Everton midfield playing with plenty of verve. City also struggled when pressed – another worrying echo of the Tottenham defeat.

According to FBref, only Rodri, Bernardo Silva and Joao Cancelo have made more than Grealish’s 131 passes when under pressure from an opponent this season, making him one of the most press-resistant players in the City squad.

This is in part down to an underrated physicality that the Blues lack in his absence. Perhaps Grealish’s propensity to win free-kicks means he is not thought of as a player who can “look after himself” but this is another streetwise element to his game that has been missed. Unsurprisingly, his 46 fouls from him won are more than any other City player.

See also  Billie Eilish confesses that she was addicted to pornography at age 11: "It destroyed my brain" | People

Everton tired around the hour and City were allowed to get on top, with Phil Foden snaffling what could be a huge goal in the title race but against better opponents who aren’t in the early days of acclimatising to a new manager, they will not be so fortunate.

Grealish, who remained an unused substitute on his return from injury as his teammates staggered towards the final whistle, was not viewed as a key player in City opening up a huge advantage at the top of the Premier League.

If they are to regain their poise and see off a rampaging Liverpool, we should be in no doubt about the vital role he has to play.

Would you put Jack Grealish back in the starting XI for the Manchester derby? Had you noticed his amazing record of him in the fixture? Follow City Is Ours editor Dom Farrell on Twitter to get involved in the discussion and give us your thoughts in the comments section below. 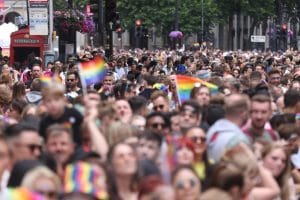