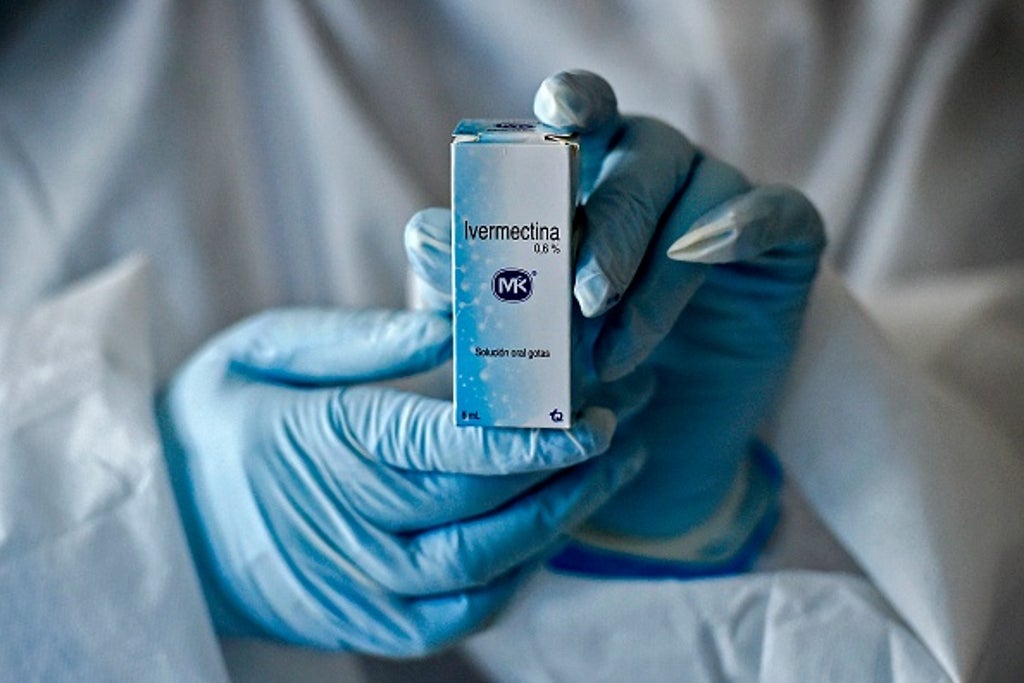 The antiparasitic drug ivermectin does “not prevent progression to severe disease” in high-risk Covid patients, according to a new study.

Published on Friday in the Journal of the American Medical Association (JAMA), the study looked at 490 patients in Malaysia and concluded that “findings do not support the use of ivermectin for patients with COVID-19.”

“In Malaysia, about 95% of patients with COVID-19 present early with mild disease, and less than 5% progress to a hypoxic state requiring oxygen supplementation. Notably, patients 50 years and older with comorbidities are at high risk for severe disease,” the authors wrote.

“Potentially, an antiviral therapy administered during the early viral replication phase could avert the deterioration. Although molnupiravir and nirmatrelvir/ritonavir have shown efficacy in the early treatment of COVID-19, they can be too expensive for widespread use in resource-limited settings.”

Ivermectin, a veterinary drug, is used to treat human afflictions such as parasitic worms, head lice and rosacea, according to the FDA.

“Ivermectin, an inexpensive, easy-to-administer, and widely available antiparasitic drug, has been used as an oral therapy for COVID-19. An in vitro study demonstrated inhibitory effects of ivermectin against SARS-CoV-2. Although some early clinical studies suggested the potential efficacy of ivermectin in the treatment and prevention of COVID-19, these studies had methodologic weaknesses.”

Dr Steven Chee Loon Lim, study co-author and an infectious diseases physician at the Raja Permaisuri Bainun Hospital in Perak, Malaysia, told UPI: “Essentially, our study findings have dismissed the notion of ivermectin being a ‘miracle drug’ against COVID- 19.”

He added: “People infected with COVID-19 should not resort to self-medication with ivermectin, which does not reduce their risk of deterioration to severe disease.”

The findings echo warnings already issued by the FDA, which cautions on its site: “Certain animal formulations of ivermectin such as pour-on, injectable, paste, and ‘drench,’ are approved in the US to treat or prevent parasites in animals. For humans, ivermectin tablets are approved at very specific doses to treat some parasitic worms, and there are topical (on the skin) formulations for head lice and skin conditions like rosacea.

“However, the FDA has received multiple reports of patients who have required medical attention, including hospitalization, after self-medicating with ivermectin intended for livestock.”

The FDA warns that “available data do not show ivermectin is effective against COVID-19,” noting ongoing clinical trials – though the recent study backs up those concerns.

Another study published in JAMA – also on Friday – found that political affiliation in the US had influenced the use of ivermectin in covid patients.

Ivermectin has been promoted as a wonder drug by those on the right, including supporters of former president Donald Trump, despite medical professionals advising against its use.

In September, Forbes reported that anti-vaxxer and “QAnon advocate” Veronica Wolski died in Chicago from Covid complications after “demanding to be treated with” ivermectin.

She was among a number of conservative or right-wing skeptics who have died since the start of the pandemic while refusing mainstream medical treatment, opposing vaccines or boasting the benefits of unproven remedies and drugs.