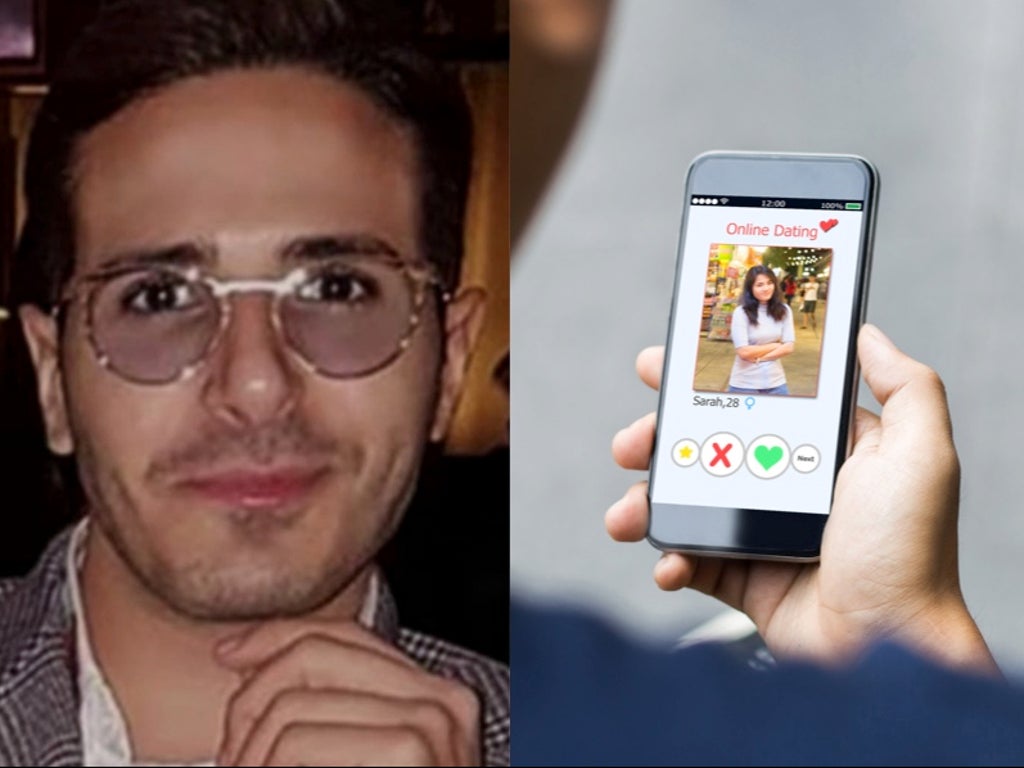 You’d be forgiven if you never wanted to go on another date again after watching the new Netflix documentary The Tinder Swindler. It follows the story of fraudster Simon Leviev, who conned multiple women out of millions through dating apps.

According to The Times of Israel, Leviev is believed to have swindled an estimated $10m from victims across the world between 2017 and 2019 alone. Leviev has become a kind of celebrity scammer in his own right, with his Instagram account reaching 100,000 followers by the time the show aired.

It’s a maddening watch, but sadly all too familiar a story – according to Aviva, more than one in 10 people have been the victim of a romance scam – and I’m going to hazard a guess that many of these scams were the result of dating apps and websites.

I watched the documentary with horror, feeling deep empathy for his victims – we’ve all been there, blinded by infatuation with a handsome stranger, and doing questionable things whilst caught up in a romantic maelstrom. Sure, I haven’t taken out a cash sum from a loan shark, but I’ve taken impulsive journeys, late-night Ubers and thrown caution to the wind many times in a moment of weakness (passion). I’ve said yes to trips to Paris with perfect strangers and driven through the night to see a not-particularly-kind boyfriend, caught up in romantic delusion.

So, I’m not judging. I do, however, think that we need to be re-thinking our relationship with dating apps and, dare I say it, break up with them. They create an instability within the dating space that can only lead to bad things.

As a single person, it’s easy to get caught up in the belief that we need dating apps and that without them, we’ll never meet someone. There’s this long-held belief that “the one” is out there, if you only swipe hard enough. You can find yourself thinking that it’s the only way to make a romantic connection and even eschewing real-life opportunities to text your Hinge matches. It’s also often pointless – you can spend weeks texting someone, only to find there’s no spark in real life.

Dating apps may be the most popular way to date, but I think they are problematic for a number of reasons. Firstly, they create a scarcity mindset – we feel like we’re choosing from an ever-dwindling pool and the only people available to us in the world are those that appear within our smartphone. Especially if you’re dating within a particular niche or community (I’m Jewish and Jewish dating is a whole world unto itself), you can find that your matches are limited and this does nothing for your sense of self or belief in the abundance of the world.

I’m sure we’ve all done the thing where we increase the geographical radius or untick some of the “deal-breaker” boxes to get more matches, but this is actually an action taken from a place of fear. It’s letting our standards slip. This scarcity mindset is serving no-one; it makes you panic about your romantic status and often feel abandoned by dating, as it feels like there aren’t enough good matches to go around.

I think apps are also fairly dehumanizing; we stop treating people as people, and instead see everyone as some faceless person behind a screen, swiping our way through each other. I remember a guy unmatching me on an app when I asked if he liked dogs. Perhaps he really hated dogs. I’ll never know. But it shows how we treat each other – discarding and swiping our way through life, based on limited knowledge of our fellow humans

I’ve decided to quit dating apps in 2022. Well, at least for now. For me, this year is about returning to a place of belief in the potential and possibility of life outside of a screen.

I met my most significant partner in a bar. We both ordered a gin and tonic at the same time – and the rest of history. We were together for five years and I often walked past that bar and smiled. Who knows if I would have even gone to that bar, on that night, had dating apps been around then – I might have been at home instead, staring at my Hinge matches.

Life really opens up when you say yes to chance – and I think by going cold turkey on apps, even for a bit, you’ll open yourself up for opportunities to meet people in real life and remember to put yourself in the room. We’re trying to “hack” our dating lives through apps, looking for people that fulfilled some fairly narrow criteria and assessing based on looks alone, but we’re losing out on the potential for serendipity and chance encounters.

Life is more fun when we’re connected face-to-face, and perhaps we all need to get our confidence back with dating and approaching people in real life. At least that way, we’ll know we’re not getting catfished.

I want to remind you that dating apps are not the only way to date and if you’re not enjoying using them, you don’t have to. There’s lots of ways to meet people in real life; join a new gym, take up a hobby, grab some single friends and go to a dating event. Or just get on with your life, and believe that when the time is right, your ideal partner will present themselves and you don’t have to panic so much.

Let’s make 2022 the year we stop leaning on apps to make connections, and remind ourselves what a big, beautiful world it is out there. Your perfect person might be having coffee at the next table right now – you just need to remember to look up.