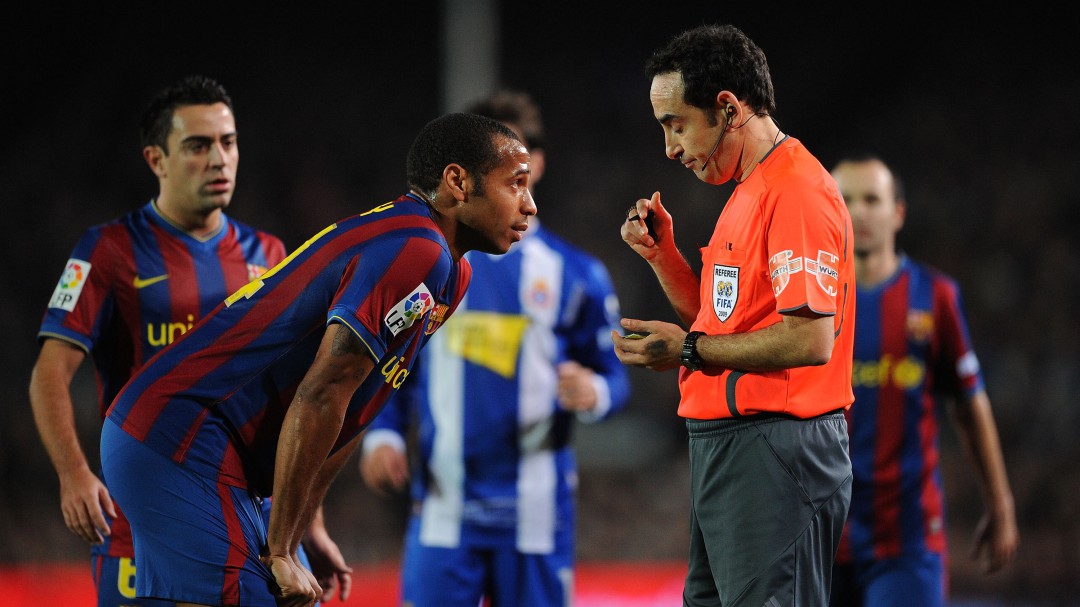 Why did you have such a desire for prominence when you were a referee? Was it to become popular and work in the media?

Why are you so sexy?

If you had to punish a referee… with which player would you lock him in a room, with Karpin, Patxi Puñal or with another?

Locked up with Karpin… watch out for that cell, what a headache.

Why isn’t women’s football talked about as much as men’s?

At Carrusel we gave the final live and we are giving the coverage it deserves. Another thing is those who want to sign up for the photo simply for this. They can do much more and I am addressing the leaders of the Federation, political leaders… they look great in the photo and in the box, and when they win a European Championship and a World Cup the girls will like the photo, but then during the week they forget to work for women’s football or women’s sports.

How do you support the ‘trolls’ on social networks?

I laugh a lot with them. I love listening to the ‘trolls’ and ‘haters’ because you see the limitation that a human person can have, it’s incredible.

What are crescents in the area for?

There is never a ridiculous question. I always tell my daughters because if you don’t ask, you won’t be clear. If you have a doubt, a question is always well done. The crescent serves so that from any point from that crescent to the penalty spot there are 9.15 meters, which is the distance that must always be in all fouls.

What would be the most revolutionary rule that you would introduce in the world of football to favor the show?

Remembering your ideal eleven from last week… the ideal coach?

With that squad, many egos, Zidane or Guardiola. One as first coach and one as second. There is a lot of ego in that squad and there is a lack of a coach and a lot of left hand.

What plants in the garden?

Now I have broad beans, Brussels sprouts… now it’s time for that.

How much money would you have let yourself be bought for when you were a referee?

Dignity is not bought with money.

Is it true that the one who rules everything is Florentino?

No man no. That is a hoax. Florentino will rule at Real Madrid and at ACS. And be careful at ACS, such a large company… will have its limitations.

Is there pressure from the big clubs on the refereeing establishment?

The pressure you want to put on yourself. I have never felt pressure. It is clear that they have much more power in the media. Then each one feels what he feels… but no, they don’t send more.

Do you have a group of referees on WhatsApp? Do those of the VAR go separately in another group?

There is a WhatsApp group and we have the details with the VAR, we let them be (laughs).

Benavente Garasa was a Gipuzkoan who has spent his entire career in Vizcaya and I do have a close relationship with Urizar, he is the president of the Vizcaya referees.

What would Formula 1 be without Ferrari?

It would be an underground young lads night race.

Flattery weakens a lot. Give me the ‘haters’ and the limited ‘trolls’ of Twitter.