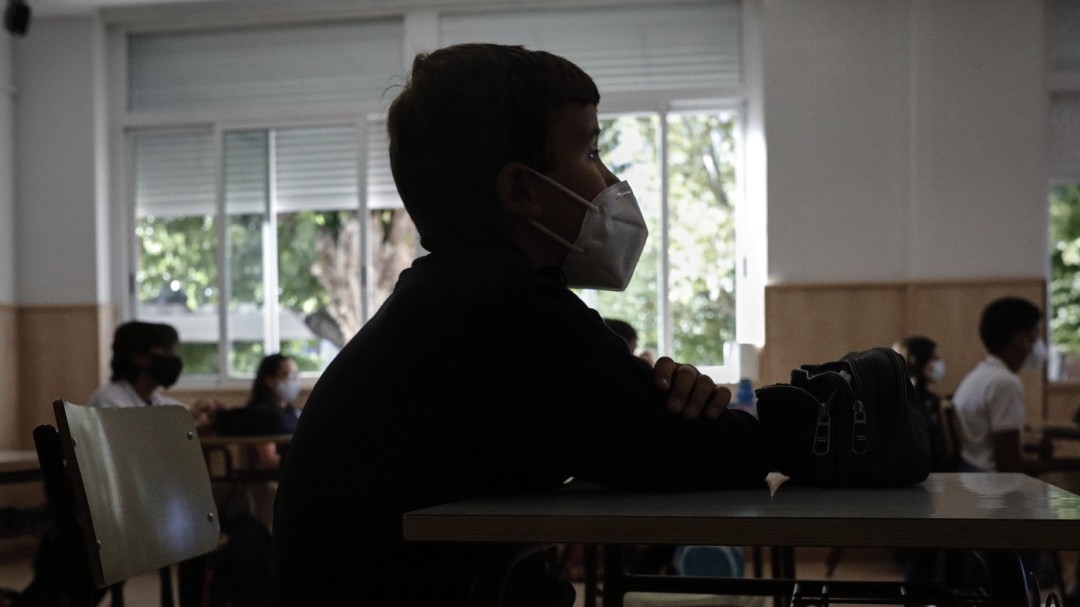 The US has already reduced the quarantine days after COVID infection to five and Italy may be next. The government of Rome is studying reducing quarantines even below those 5 days for those who have the 3 doses of the vaccine due to the fear that Ómicron will paralyze the country. Even the government of the Community of Madrid welcomes the possibility of shortening the quarantine times.

The Italian Government is considering reducing the quarantine of those vaccinated with the third dose due to the fear that the rapid spread of the omicron variant will paralyze some activities in the country, where there are currently more than two million people isolated by the coronavirus.

The US reduces the quarantine period from 10 to 5 days and Italy is also considering lowering it. Do you agree that quarantines should be reduced for those vaccinated with the full schedule?

The reduction, as of next January, from the current quarantine of between 7 and 10 days – depending on the level of vaccination and other aspects – to between 3 and 5 days for those vaccinated with the booster dose will be the main measure that will be studied tomorrow the Scientific Technical Committee (CTS) to monitor the pandemic, meeting at the request of the regions, local media reported today.

“It is more difficult for those who have the third dose to become infected, so the rule for this category can probably be revised,” according to the governor of Lombardy (north), Atiilio Fontana, one of the regional presidents who has requested the opinion of the CTS.

In Milan, the Lombard capital and economic hub of the country, some 75,000 people are in isolation, which is one in every 18 Milanese, many of them without symptoms, but forced to have been in close contact with a positive, according to calculations by the Corriere della Sera.

In total, it is estimated that between 2 and 3 million people are currently isolated in their homes, while Lombardy and Lazio, whose capital is Rome, will enter the yellow zone next Monday, the first strip in the risk classification introduced with the pandemic .

This Monday, 30,810 infections were registered in Italy in 24 hours compared to 24,883 on Christmas Day, almost half due to omicron, which is already the first variant in several regions and whose reduced incubation times compared to the delta variant have motivated the study of a probable reduction of quarantine.

In addition to weighing down activities such as tourism, with more than 5 million cancellations for the end of the year festivities, according to the country’s largest employer, Confcommercio, the increase in omicron infections is also causing problems to carry out covid tests for the end of quarantines and the presence of some symptoms.

Measures of the regions

The regions are taking measures to avoid long waits, such as opening new centers to take the test in the car, which is faster, or enabling a laboratory area in public hospitals specifically for Covid-19 tests, in addition to asking for the collaboration of family doctors and pediatricians.

On the 23rd, the Italian Government decided to restore the mandatory use of the mask in open spaces – which should be FFP2 in public transport, cinemas, theaters, museums, indoor sporting events and stadiums – and “suspend” the activity of nightclubs until January 31, among other measures to try to contain the new wave of coronavirus.

Madrid sees it as “reasonable”

The Community of Madrid considers it “reasonable” to advance in different measures to face the pandemic, due to the advance of the omicron variant, such as the reduction of quarantine days, now established at ten and that the Centers for the Control and Prevention of Diseases of the United States (CDC) recommend lowering to five.

This is how the Deputy Minister of Health Assistance and Public Health of the Community of Madrid, Antonio Zapatero, and the general director of Public Health, Elena Andradas, spoke at a press conference at the Ministry of Health.

“The panorama of decisions in the pandemic and those provided by this variant is different. We have been saying for a few days that the management of the pandemic cannot be the same as a year ago or a few months ago for two reasons: one due to the vaccination situation of the population and two due to the clinical and epidemiological characteristics of this variant, “said Zapatero, who stressed that we are” in a moment of transition “regarding how to deal with the pandemic.