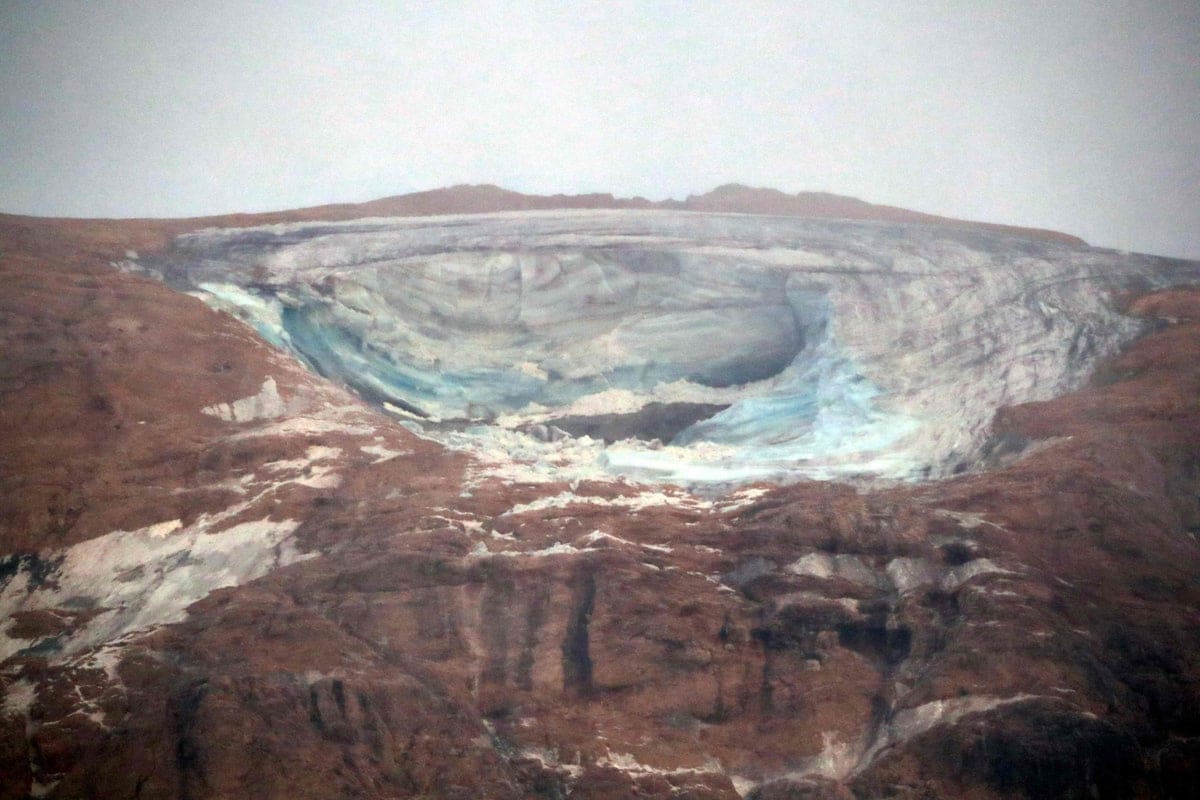 At least six people have died and eight have been injured after a large chunk of an Alpine glacier broke and roared down a mountainside in Italy.

Around 10 people were reported to be missing after the cascading ice, snow and rock slammed into hikers on a popular trail in the Dolomites on Sunday afternoon.

Rescuers were searching for survivors but Trento provincial government warned it expected a “heavy toll” after the large “ice avalanche,” which came amid record temperatures.

The glacier, in the Marmolada range, is the largest in the Dolomites in northeastern Italy and is used as a ski slope in winter, but its ice has been rapidly melting away in recent years.

Officials on Sunday night were still working to determine how many hikers were in the area when the ice avalanche struck, said Walter Milan, a spokesperson for the national Alpine rescue corps who provided the death and injury toll.

Rescuers were checking license plates in the parking lot as part of checks to determine how many people might be unaccounted for, a process that could take hours, he told the Associated Press.

Nationalities or ages of the dead were not immediately available, Mr Milan said. Of the eight hospitalized survivors, two were in serious condition, authorities said.

The injured were flown to several hospitals in the regions of Trentino-Alto Adige and Veneto, according to rescue services.

The fast-moving avalanche “came down with a roar the could be heard at great distance,” local online media site ildolomiti.it said.

See also  Metrolink's government funding is running out... We asked the boss if fare hikes and service outages are coming

Earlier, the National Alpine and Cave Rescue Corps tweeted that the search for the involved area of ​​the Marmolada peak involved at least five helicopters and rescue dogs.

Temporarily, the search for any more victims or missing was halted while rescuers evaluated the risk that more of the glacier could break off, Walter Cainelli, after conducting a rescue mission with a search dog, told state television.

Rescuers said blocks of ice were continuing to tumble down. In early evening, a light rain began to fall.

The SUEM dispatch service, which is based in the nearby Veneto region, said 18 people who were above the area where the ice struck would be evacuated by the Alpine rescue corps.

But Mr Milan said some on the slope might be able to get down by themselves, including by using the peak’s cable car.

SUEM said the avalanche consisted of a “pouring down of snow, ice and rock.” The detached section is known as a serac, or pinnacle of ice.

Marmolada, towering about 3,300 meters (about 11,00ft), is the highest peak in the eastern Dolomites, offering spectacular views of other Alpine peaks.

The Alpine rescue service said in a tweet that the segment broke off near Punta Rocca (Rock Point), “along the itinerary normally used to reach the peak.”

It was hot immediately clear what caused the section of ice to break away and rush down the peak’s slope. But authorities said the intense heatwave gripping Italy since late June was likely to be a factor.

“The temperatures of these days clearly had influence” on the glacier’s partial collapse, Maurizio Fugatti, the president of Trento province, told Sky TG24 news.

Experts at Italy’s state-run CNR research centre, which has a polar sciences institute, have predicted the glacier will not exist within three decades as it is melted away by rising temperatures. The Mediterranean basin, shared by southern Europe, the Middle East and northern Africa, has been identified by UN experts as a “climate change hot spot,” likely to suffer heat waves and water shortages, among other consequences.

But Mr Milan stressed that high heat, which soared unusually above 10C on Marmolada’s peak in recent days, was only one possible factor in Sunday’s tragedy.

“There are so many factors that could be involved,” he added. Avalanches in general are not predictable, he said, and heat’s influence on a glacier “is even more impossible to predict.”