Skip to content
Home News “It was a carnage, I can’t get over it”: this was the rescue of the migrants killed in the Chiapas tragedy 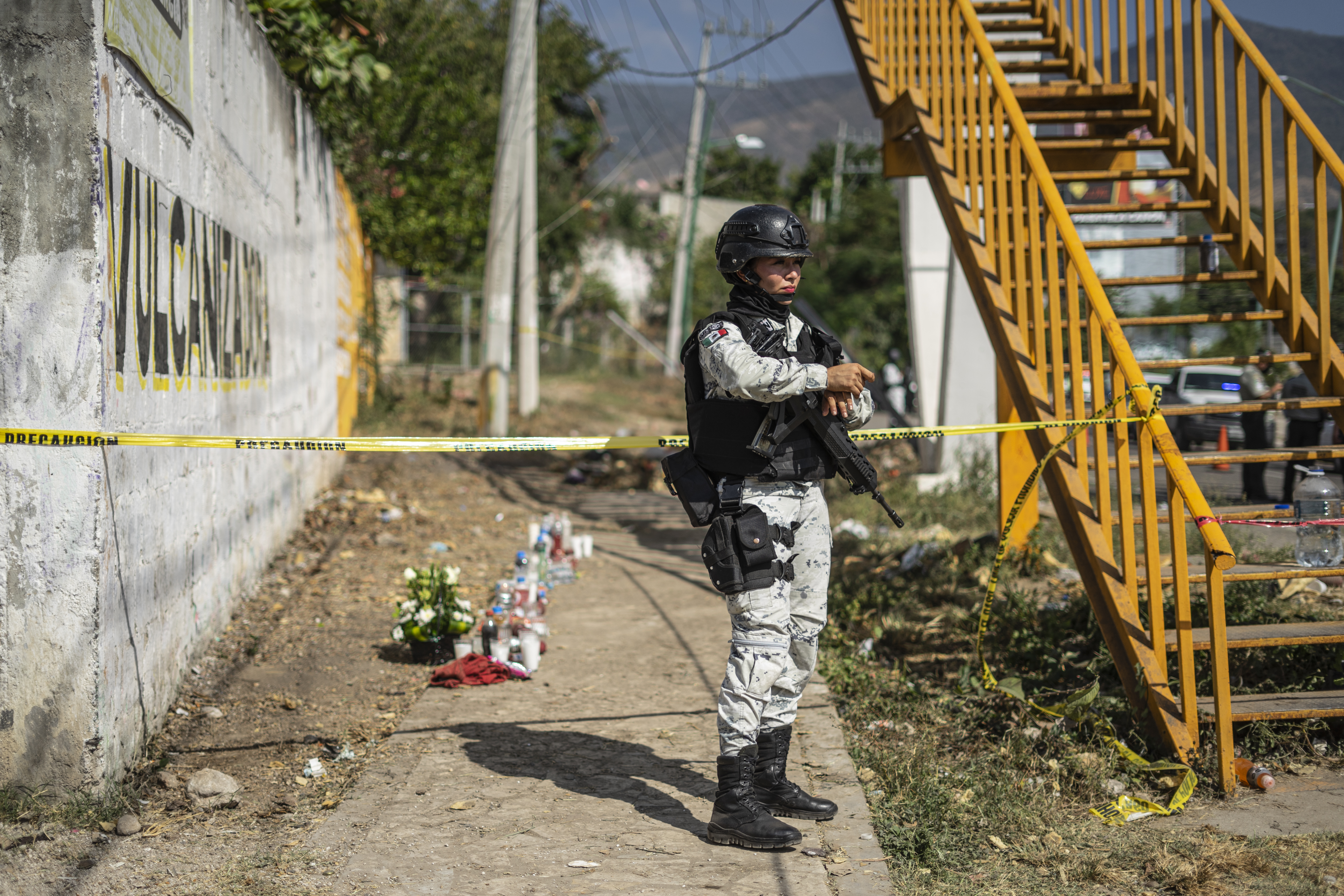 It is the heartbreaking portrait of the migratory crisis in Mexico. A truck with at least 160 migrants overturned on Thursday outside Tuxtla Gutiérrez, in the south of the country, and crashed at 100 kilometers per hour into a pedestrian bridge. The cabin where the migrants were going, mostly Guatemalans, exploded on impact and left a trail of bodies on the road. “It was a carnage, I can’t get over it,” says Jorge Gómez González, a neighbor who helped the victims. As of noon this Friday, 55 people had died and at least 106 were hospitalized.

The bridge of death. This is what the neighbors call the site of the tragedy, near the capital of the State of Chiapas. There they witness a different accident every month, they have seen many people die, but never a tragedy of this size. Gómez González has his house right in front of the place. He was stopped Thursday at the entrance of his house around 3:20 when he saw a truck turn the curve at high speed. The vehicle spun out of control, he says, collided first with a utility pole, then a bridge, and broke into two pieces. On the one hand the driver’s cabin and on the other, the compartment with the hundred people.

“With the first impact the box was opened and they shot out. Many were young, there were even children. I’ve never seen this in my life, ”says Gómez González. He was the first to go out to attend, he says, and together with the local residents they spread blankets from their own houses on the ground of the road to lay the bodies there. “I took out a girl about 25 years old, I put something under her head, and after a while she closed her eyes. He died in my hands, ”she says crying. “I can’t get over it, these people were just fighting for something better.”

No migrant on the list is over 45 years old. The vast majority of them were in their twenties, with a handful not even coming of age. Naymer Fuentes Bravo was one of the first fatalities to be identified. The 30-year-old Guatemalan was transferred to a local hospital and died during surgery. Four more men ran to the same destination, but the authorities could not identify them, and announced their cases with the description of the clothes they were wearing at the time they were rescued from the wreckage of the truck.

“The cabin exploded and a bunch of people got out. It was like an accordion, one on top of the other, it was hard to see it ”, says Emanuel Hernández, another neighbor who helped the victims. Those who helped the migrants saw the truck driver flee, who is still at large. But no one paid attention to what he was like or how he was dressed, because the image and the deafening scream of the crying people was more important. Neighbors spent half an hour removing bodies and assisting those who survived, only half of those who traveled, until the authorities arrived.

The accident is the umpteenth reflection of a tragedy that runs through the country daily, a phenomenon that regained strength a year ago coinciding with the departure of Donald Trump from the White House, the expectations generated by the arrival of Biden and accelerated by the devastation that Hurricanes Iota and Eta left in countries like Honduras. Several populations on the southern and northern borders have become open-air prisons in which thousands of people are trapped waiting to resolve their immigration situation. From time to time fed up pushes some groups to march towards Mexico City to demand regularization. The last caravan left Tapachula, on the border with Guatemala, at the end of October and is approaching the capital these days. Meanwhile, Mexico and Washington are trying to implement a plan to increase investment in Central America that, for now, is only defined on paper. The Mexican president, Andrés Manuel López Obrador, regretted this Friday the slowness of the United States to implement these programs. “Misfortunes like this must serve to resolve migration from the source,” he said.

The vehicle was traveling from Guatemala to Veracruz, and had passed several police and military checkpoints, including the same border, without being detained or subjected to any search. A group of migrants explained to this newspaper that trips in truck trailers is a practice that has increased a lot in recent times due to the tightening of Mexican immigration policy, something that has pushed them to take more unsafe routes. “We ask the Government to do its job, how can it be that this truck has crossed the border like this? Those who died were people, not animals, ”says Hernández with contained rage.

Juan Manuel Zarzain, head of the local human rights commission, explained that identifying the dead will be a complicated process, because many of them did not even bring documents. “There is no one who identifies them, other than those who were traveling with a surviving relative,” he said. The Mexican authorities hope to be able to locate and transfer the families to Mexico in order to carry out the recognition.

This Friday, the neighbors returned to the scene of the accident to leave an offering and took a priest who improvised a small ceremony. Few of those present were able to sleep the night before. “That image is never taken away from us again,” says Hernández.