Skip to content
Home News “It unfavorably dislodged us”: Guitarte relives the threats received at Sánchez’s inauguration | Day by day 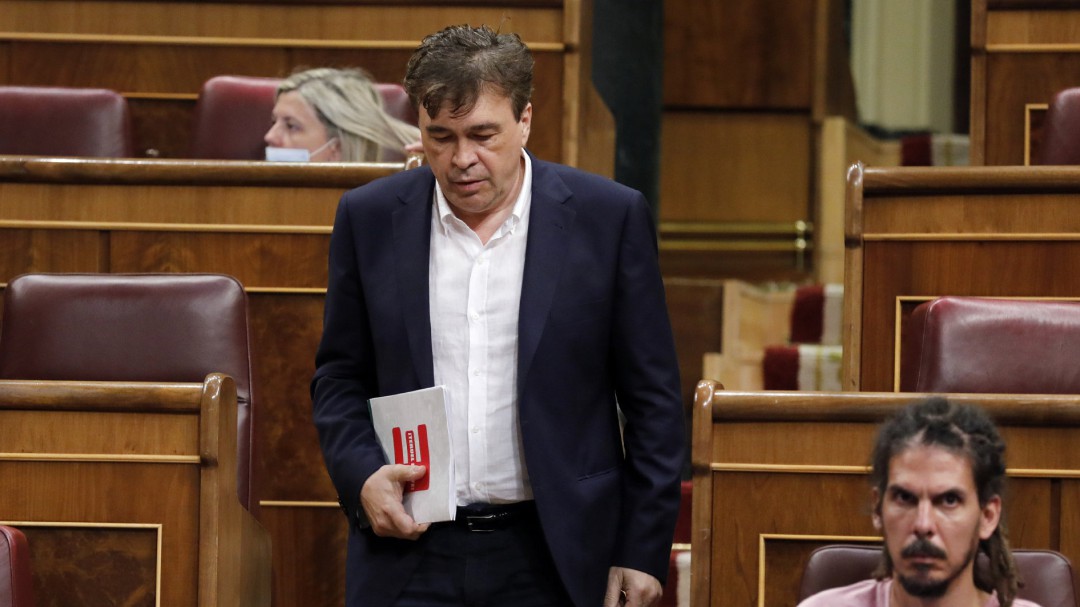 This Friday marks the two-year anniversary of Pedro Sánchez’s inauguration as president of the first coalition government in our country. A historical event that was marked by a series of threats to various deputies of different political parties to change their vote and thus prevent the formation of the Government. And it is that, as it would be demonstrated a posteriori, the fact that only one deputy had changed his vote could have prevented the victory of the now president.

The PSOE deputy for Segovia José Luis Aceves received calls and emails asking him, amid insults, to change his vote to avoid Sánchez’s victory. Also the deputy Daniel Viondi and the former Minister of Housing Beatriz Corredor, who shared messages on social networks in which they told her how could she be “so whore” as to support “the investiture of a traitor.”

Among all these deputies who received thousands and thousands of messages during the hours prior to the second vote of the investiture is the only representative in the Parliament of Teruel Existe, Tomás Guitarte. As he explained in statements to Hoy por Hoy, during those days he received more than 8,000 emails in which he was insulted for supporting Sánchez. During those days before the vote, Guitarte remembers that many hoaxes were created around him and they even made all kinds of graffiti in his town to change his vote.

For the same reason, the Ministry of the Interior even put a surveillance service on him to prevent any possible attack against him. In fact, the day before the second vote, he had to sleep away from home to prevent third parties from attacking him. Two years later, Guitarte remembers how hard those days were for both him and his colleagues: “On the day of the first investiture session, emails began to arrive in a tense and successive manner. From WhasApp messages to publications in networks “.

“We did not expect to find this situation in a democratic parliament, in a European nation in the XXI century”

Guitarte assures that everything seemed very planned, as if someone had given the order to press and that, from then on, pressure was unheard of. Especially for a formation such as Teruel Existe, which concurred obtained a seat for the first time after its great results in the province: “We were coming to these political struggles for the first time and we did not expect to find this situation in a democratic parliament, in a European nation in full XXI century “.

Guitarte assures that during those days a situation was generated that unfavorably dislodged them. Mainly because of the surprise that this type of thing continues to happen in a country like Spain. In fact, he never thought that he would have to be under escort for up to two weeks to avoid any possible attack on him. Despite the fact that today the level of tension has lowered, the deputy from Teruel Existe acknowledges that it is still above normal: “It is a tension that we do not perceive in society.”