Skip to content
Home News “It has everything”: Locals loving Manchester suburb named among best places to live in UK


Prestwich has been named one of the best places to live in the UK, according to The Sunday Times. The north Manchester suburb has made its debut on the prestigious list, thanks to a fast-improving roster of bars and restaurants including Osma, Keg, Cask and Bottle and many more.

Just four miles from the city center, the area is also home to a fish and chip shop voted one of the best in the country. It comes just week after it was announced the town will undergo a huge £100 million pound project that is set to ‘transform’ the area and give it ‘a new community heart’.

The Longfield Center is set to be redeveloped over the next few years with a mix of new shops, homes, public space and a health centre. So the Manchester Evening News visited the shopping center in the heart of Prestwich to find out from residents about what it’s like living in one of the best places in the UK.

James Boylan grew up in the area and has witnessed a change in the town over the years. He said: “It It’s great to live in P-Town. It’s got a balance of everything you need in a suburb.

“When I was younger, it was quite rough. It was all old man boozers that werea bit dodgy, there used to be fighting, and no eat-and-drink bars that you’ve got now.

“It’s a totally different demographic in Prestwich now. I think it’s because of the people coming into the area. “It’s really nice area to live in. I’ve got mates from all over the country who have ended up moving to Prestwich, and 15 years ago, they’d never have moved here. 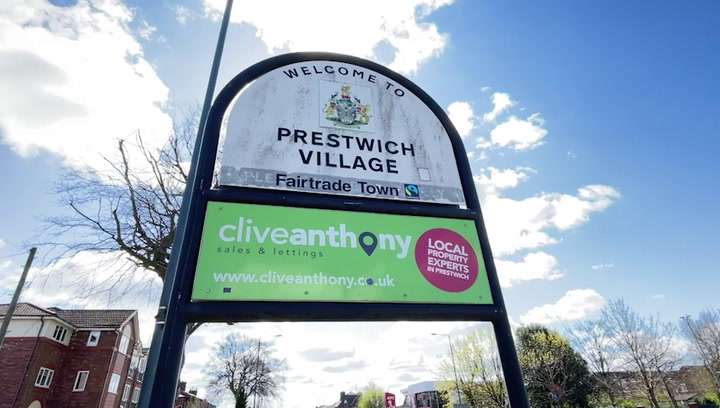 “It’s all very well having the amenities here in a suburb, but there are good people here, nice people. They care about where they live, they care about the people.”

James’partner, Jonquille Bayley, added: “ I am not from Prestwich but I do live here. I started my own beauty business, working from home last year and it’s such a good community.

“I am fully booked already, because all the P-Town mums talk! “It feels like a really nice, friendly place to live, really safe. There are lots of nice bars and places to eat.

” There’s still a few tatty shops but I think slowly, new eateries are coming and opening up. T here’s always stuff going on. Heaton Park is on my doorstep.

Melissa Hayat, 28, has been living in Prestwich for nine years. Sharing her favorite things about the town, she said: ” I find Prestwich really good.

“All the people are really friendly. It’s a close-knit community, so everyone is helping everyone.

“The community is good at getting involved with the schools when it comes to fundraising.

“The schools are good, too, especially for children with special needs. They have a lot to offer.

“The kids really like the library, and so do adults. You’ve got Heaton Park and Prestwich Clough- the nature parts are nice.”

The mum-of-two added that she would like to see more leisure facilities for adults and children in Prestwich. She added: “A lot of people come here from other places for drinks and food, but if they had leisure facilities, it would attract people to Prestwich more.

“I go to Whitefield for the gym and to Bury for the shops, and Radcliffe is the main place for kids’ activities like soft play and leisure facilities. So it would be nice if Prestwich had something like that, especially for the people who can ‘t afford to travel outside of Prestwich.”

Meanwhile, Jessica Wild, 35, who has recently moved to Prestwich, said she enjoys the community spirit in the town. She said: “It’s a friendly place. It feels very safe.

“There’s nice bars and there’s a lot of green spaces, which I like. I used to live in Whalley Range, so it’s quite different. Where I live is really lovely.

“We’ve got a neighborhood WhatsApp group. It’s quite nice. I really like it. I definitely want to stay here.

“I think a lot of people have said there isn’t much going on in Prestwich but I think things have changed recently. I don’t think there’s anything negative. It’s kind of got everything you need.”

See also  How many has each country given?

He said: “I have lived in Prestwich for 30 odd years. I think it’s gone a bit downhill. There’s nothing to attract people, really. There’s Heaton Park.

“The water fountain [in Longfield Centre] used to be a nice feature, but now it’s an eyesore. thinkPrestwich town center could do with a bit more greenery, some new seating and better lighting. The shops need to be improved, with a bit more variety.

” There’s something for everyone, but we could do with more shops.” Maurice’spartner, Rosemary Harper also called for improvements to the town centre.

She said: “Prestwichyou’ve gone a bit downhill. It used to be nice whenthey had a fountain here and they had water running down.

“You’ve got nice parks with the greens and the flowers, but the town could be nicer. I’d like to see more flowers, trees and greenery.

“In the town centre, you’ve got Farm Foods and Iceland for frozen foods and a Tesco, but not much else. There’s no clothes shops, so I have to go to Bury to buy my clothes.”

According to The Sunday Times, Prestwich has seen a growth of 18% since 2020 and the average house price is £246,000. The north Manchester suburb makes its debut in the Best Places To Live thanks to its fast-improving roster of bars and restaurants, quick and easy tram routes to the city center and its thriving community and culture- most notably music festival Parklife, which attracts over 80,000 concertgoers per year at Heaton Park.

Along with Prestwich, The Sunday Times named the following places as the best places to live in the North West:

To view the full list of ‘Best Places to Live in 2022’ by The Sunday Times, visit here.

READMORE:‘It’s a nerve-racking moment’: The questions for Prestwich as its ‘tired’ shopping center faces demolition

READMORE:We asked people from Prestwich if they live in Bury or Manchester – here’s what they said