Skip to content
Home News Israel identifies its first case of “flurone”, the result of having COVID and flu at the same time | International 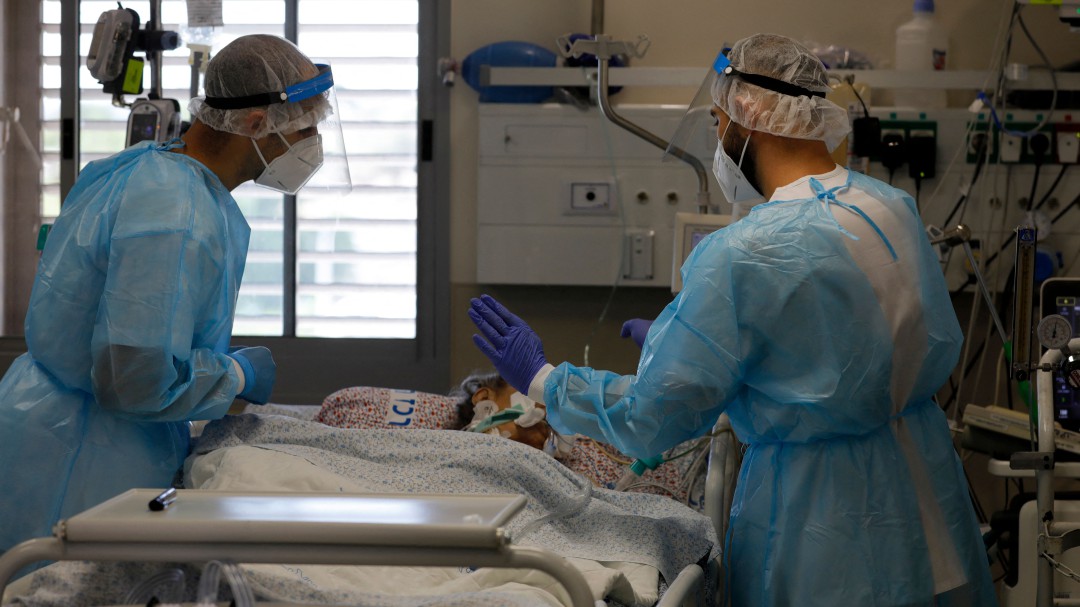 Israel detected its first case of simultaneous contagion of coronavirus and influenza virus, known as “flurone”, in an unvaccinated pregnant woman, the Israeli Ministry of Health confirmed today to Efe. The woman was discharged on December 30 after being treated for mild symptoms derived from this double infection, the digital added. Times of Israel.

Cases of “flurone” were first detected in the United States during the first year of the coronavirus pandemic. Experts from the Ministry of Health believe that there are similar cases, not yet identified, when the country registers almost two thousand people hospitalized for flu, while the positives of coronavirus from the omicron variant increase.

The circulation of influenza viruses and COVID-19 at the same time worries about the high risk for the population, especially vulnerable, since the two diseases affect the upper respiratory system, experts warn. “The disease is the same. They are viral and cause shortness of breath, since both attack the upper respiratory tract,” explained Arnon Vizhnitser, director of the hospital’s gynecology department, according to the Israeli newspaper. The Times of Israel.

Israeli health authorities reported on Friday that the country began administering the fourth dose of the coronavirus vaccine to patients with weakened immune systems. Israel has recently faced a fourth wave of infections and a further increase in cases.

“Today, we are seeing cases of both the coronavirus and the flu that are beginning to reap their heads. We are seeing more and more pregnant women with the flu, “Arnon Vizhnitser, director of the hospitals Gynecology Department, told Ynet.

Israel approves the use of the Merck pill against the coronavirus

The Israeli Ministry of Health approved today the use of the antiviral pill against COVID-19 from the American pharmaceutical company Merck and announced the signing of a contract to receive the first shipment.

Israel has also started administering the drug Paxlovid, Pfizer’s pill, in order to include the treatments in the strategy to fight the pandemic, in addition to vaccination. The US Food and Drug Administration (FDA) authorized in December the emergency use of this pill, also known as molnupiravir or lagevrio, which reduces hospitalizations and deaths from covid by almost 30%.

The treatment was authorized in adults at risk who should start the capsule treatment during the first five days in which they have presented mild to moderate symptoms. The drug prevents the multiplication of the virus by attacking the enzyme that it uses to make copies of itself, and keeps the viral load at low levels in the body, thus reducing the severity of the disease.

The UK was the first to approve the use of this drug. Israeli Health Minister Nitzan Horowitz warned this weekend that “covid drugs are not a substitute for the vaccine” and called on the non-inoculated population to be immunized.

Israel began on December 31 to administer the fourth dose in immunosuppressed people and announced a campaign with this second booster dose among the elderly in residences, geriatric hospitals and protected homes after detecting an increase in infections in these centers. Today the country has almost 6 million residents out of a population of more than 9 million vaccinated with the two doses, and 4.2 million inoculated with the third.