An ISIS ‘Beatle’ has been found guilty of terror offenses including hostage-taking and conspiring to murder journalists and aid workers in Syria.

Former British national El Shafee Elsheikh was found to be part of the terrorist cell named after the legendary pop band due to their UK accents.

The 33-year-old and other members operated in Syria and Iraq, causing outrage around the world after releasing videos of the executions of US reporters James Foley and Steven Sotloff.

US and British authorities have said the cell was responsible for 27 killings, which also included British volunteers David Haines and Alan Henning and American aid workers Kayla Mueller and Peter Kassig.

Elsheikh was said to be the main torturer.

Elsheikh was found guilty on all counts at a trial in Virginia, US
(

He is the last of the gang to face justice, having denied eight charges related to the capture, detention and murder.

Ringleader Mohammed Emwazi – known as Jihadi John – was killed by drone strike in 2015, while Alexanda Kotey is already in prison.

Another man, Aine Davis, is currently locked up in Turkey, but is not considered by the US Justice Department to be part of the group.

Elsheikh and his colleagues were described as “utterly terrifying”, during opening statements at a court in Alexandria, Virginia, US.

They are said to have held Western hostages in a prison called “the desert.”

They were given “dead legs” and placed in “stress positions” while being “threatened with murder”, the jury was told.

Prosecutors said the Beatles’ victims were subjected to “unrelenting and unpredictable” abuse, and the culprits “seemed to enjoy” beating them.

A jury found Elsheikh guilty on all counts on charges including lethal hostage-taking and conspiracy to commit murder.

Prosecutors said he served as a prison guard for the foreign hostages and acted as a go-between with their families as the cell tried to get ransoms.

The defense tried to claim Elsheikh was a “simple IS fighter” and it was a case of mistaken identity.

British aid worker David Haines was one of the cell’s victims.

Daughter Bethany Haines, 24, was just a schoolgirl when the video of her father’s murder horrified the world in 2014.

She flew out to America to watch Elsheikh’s trial and came face to face with one of her beloved dad’s killers.

The mum-of-one, from Perthshire, Scotland, said she wants her father’s killers “hung from a tree”. 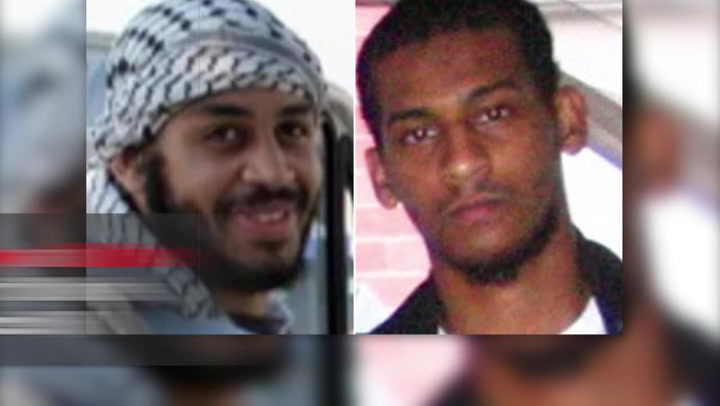 She said: “If it was up to me these men would get the death sentence but because of the extradition agreement, that can’t happen.

“I’ve been shown the maximum-security jail they’re likely to be sent to. I’m happy they’ll have a suitably horrible time.”