Skip to content
Home News Isco’s last: “He made a quarter round with his hands in his pockets, I had seen it in my life” | BE Sporty 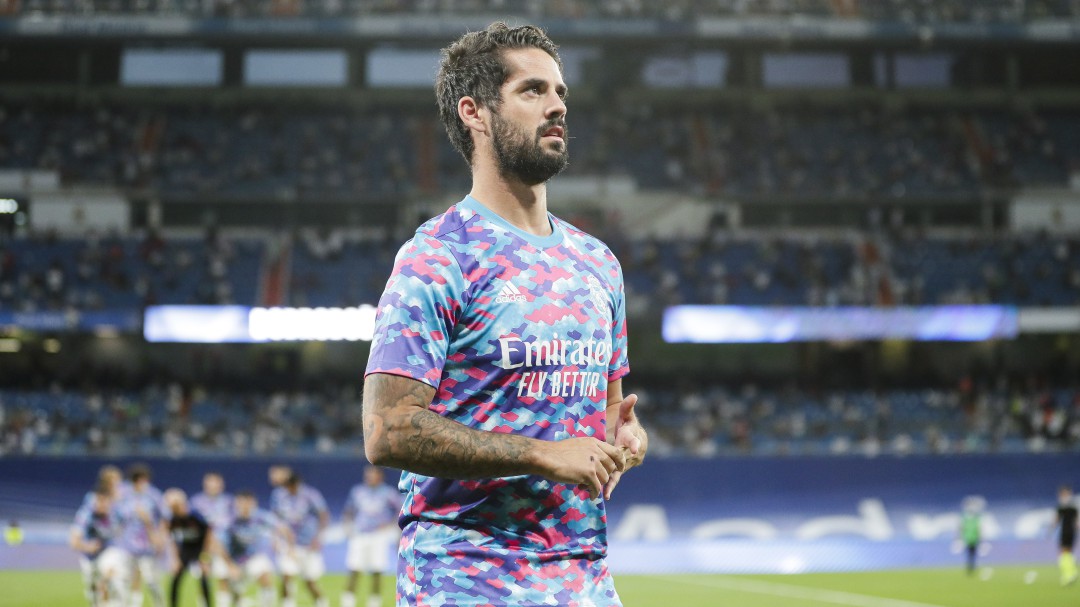 The ‘Free Bar’ returns to SER Deportivos, directed by Óscar Egido. In the debate that reviews football news with Antonio Romero, Antón Meana, Miguel Martín Talavera, Jordi Martí and, as a special guest, Javier Herráez. The journalists of Cadena SER have analyzed the Ballon d’Or that is delivered this Monday where Messi and Alexia Putellas start as favorites. In addition, the refereeing controversies of the day and Isco’s apathy at Real Madrid, are other issues that have been discussed in the talk.

Antonio Romero: “Campaign for Benzema? Campaign is a Levante player”.

“Can you tell me that this year has played better football than Benzema? He is the footballer who has played this sport the best in the last year. Messi is very good, but the award is for being good and for having played very well in this grade”.

“The blow was given by Messi to Barça when he left.”

Antón Meana: “This award here (in Paris) for PSG is very important. I think that if Messi had stayed in Barcelona, ​​he would have fewer votes.”

“I start from the basis that for me Messi seems to me the best. This year he is not the one that has played the best. The equation of the Ballons d’Or, the six he has, is fair.”

Miguel Martín Talavera: “There is no criterion, you cannot change the criteria every year to say why you deserve the Ballon d’Or. Now you say that football owes it to Benzema. France hit it in the Eurocopa with he”.

“Real Madrid’s campaign for Benzema has been based on nothing.”

“Looking at what Messi and Lewandowski have won, how does Benzema deserve it?”

“It should be won by either Benzema or Lewandowski. I think they both deserve a Ballon d’Or, it’s fair.”

“Messi is the best, we all know it, but football has more things. I am lucky to see Benzema every game and I tell you that that footballer deserves a Ballon d’Or, maybe not seven like Messi, but one. Yes. they don’t give it to him, the Ballon d’Or will be a minor trophy. “

Jordi Martí: “Today you will see Messi’s seventh. Antón, I think you will never see a blow of such magnitude again.”

“Estacazo is a way of saying that Messi puts things in their place today. Do you see anyone who can do this feat?”

Antón Meana: “I am very excited to be in Paris and experience a historic moment with Alexia Putellas lifting the Ballon d’Or”.

“It is the favorite, I perceive that the Federation and Barça know it. The only problem with these awards is that the winner is known. It would have to be like the Oscars that the winner is not known until you are in the stalls. It is a tremendous success. It’s something that will go down in history because it seemed impossible a few years ago for women’s football to grow so much in Spain. “

Antón Meana: “I had never seen him: Isco yesterday made a quarter of a round with his hands in his pockets … In my life!”.

Antonio Romero: “Nacho, without any doubt, has a National Team level, but wanting to shoot Ancelotti that Alaba plays with a little annoyance …”.

“The plays are not in the same context. Both are not VAR, it is Piqué’s. It is a very clear penalty for Ocampos, but it is not VAR.”

Jordi Martí: “I am a defender of technology, but why do the VAR referees refuse to lend a hand to their teammates? We all see that it is a penalty that was committed against Ocampos.”

Miguel Martín Talavera: “Explain to me the difference that there is either Iturralde, Medina Cantalejo, or whoever … to call and find out if it is Piqué’s hand or that you have eaten Alaba’s trip.”

Javier Herráez: “The level of arbitration in Spain is very bad.”