Skip to content
Home News “Is that insulting Franco …”: Iturralde explains why referees are known by their two surnames | BE Sporty 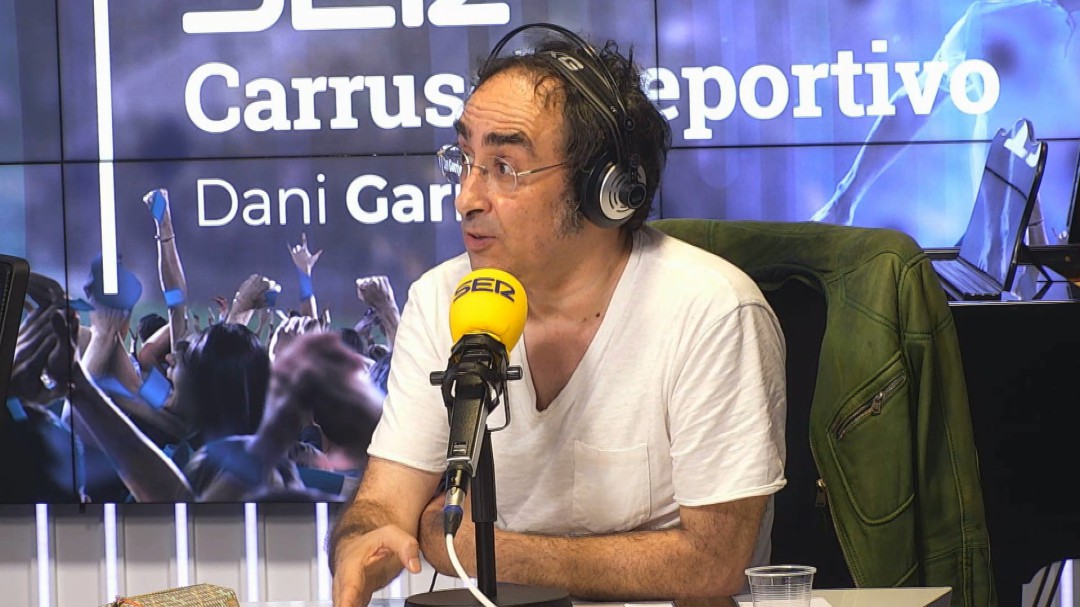 Medina Cantalejo is going to replace Velasco Carballo. What were the two referees like?

Of totally different arbitration concept. More regulatory Velasco Carballo and more in quotes of spirit of regulation Medina Cantalejo. For example, the famous goal by Mbappé that seems to have unleashed the storm. Medina Cantalejo would be more along the line of saying that that goal must be annulled and Velasco more regulatory, more than not discussing the rule.

What three things would you not take to a desert island?

One TV. I would not take anything with themes that put stories in your head. I would certainly not take anyone who could annoy me, toxic people. With those two things, he would be the happiest in the world. Felling? Tala is not toxic, Tala is the necessary evil that I need (laughs).

If a player takes the ball to an attacker and then there is contact and knocks him down, is it a foul? Some whistle it and others don’t. And if it is in the area, is it a penalty?

Touching the ball first does not exempt it from being a foul. Kiko’s ankles were blown off. Every time he received from behind, the player threw himself from behind. He touched the ball first, but with his back leg he smashed his ankle. They say … touch the ball. No. The regulation removed intentions. What penalizes is the way to enter. If the tackle is reckless, even if it touches the ball, it is a foul. Touching the ball first is like the girl on the corner. For people to understand.

With the one from Cantero a Milla you catch me. I don’t know what action it is. I explain Monchu’s. Monchu’s is red. If in that same play you go forward, you want to play the ball, you arrive late and you knock him down … it could be a foul and a warning. But this is a direct red. Why? It is violent behavior. He does not want to play the ball, all he wants is to knock down the opponent. The ball is not in play and the intensity does not matter. It’s manual red.

Shouldn’t the throw-ins be watched more?

Correct. Throw-in sometimes you see some things … and you say … bah, it’s the same. The same as the goalkeeper retention. That is not monitored and it is not whistled. Of 17 years refereeing in the First Division, I have also whistled two. It is a thing that is there and seems to be forgotten.

Iturralde, what do you think of my proposal? Suspension of the VAR keeping the goal camera, would add an area referee and would also remove the repetitions on television of the controversial plays. I would only repeat the goals and not the controversies, in order to arbitrate on the real situation.

What he asks is logical and rational, but what happens is that he wants to send me to unemployment (laughs). Not watching reruns … well, okay, you judge live. In the areas putting two criteria is too much. But here I am going to agree with Flaquer. I think that the VAR should be left to the target topic. I like VAR. I defend my ideas and, when you make a mistake, nothing happens. What you cannot do in this life is conviction in an idea. I think you have to listen and improve. I would leave the VAR only for the objective. A goal, an offside … But everything that is of interpretation I would leave it to the referee.

Have they ever tried to bribe you in your life as a referee? I don’t want to know if you’ve accepted it. Only if they have tried.

I get into all the puddles. Thanks to whoever it is, I haven’t had to go through that situation. If someone has been there, it must be unpleasant and very harsh. I don’t know anyone in the First Division who has passed it. In that if we have to thank Victoriano. It put us in a bubble. Thank God in Spain that has not happened.

Why are the referees known by both surnames?

It is said that it comes from the Franco era. There was a Murcian referee, Franco Martínez, and of course. The referee is always insulted. If it doesn’t say Martinez … you insult Franco. And in the Franco regime, insulting Franco … Although it was insulting the referee. It is what I understand.

They tell us that it is also because of the newspaper headlines: ‘Franco was bad’, ‘Franco steals a penalty from us’ … And now we go with Sique Rodríguez’s. Now that the year is over I was reviewing my records. The Quicksilver of Marea, Mayneutics of Robe or Every time the corpse of Fito and Fitipaldis.

You buy one from Fito and you’ve bought the entire discography. I tell you what I think. He’s a great artist. But I tell you my opinion. I stay with Quicksilver from Marea, with his cauldron of putting smurfs.