Skip to content
Home News Is Scotland vs England on TV today? Kick-off time, TV channel and how to watch Six Nations fixture 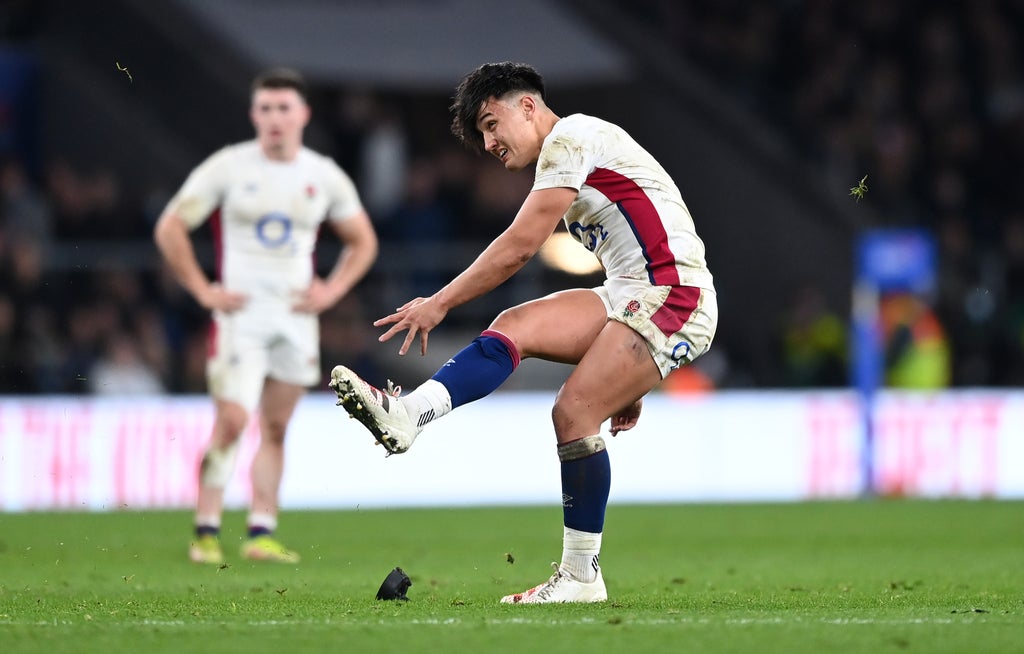 England face Scotland in the Six Nations today as the hosts look to defend the Calcutta Cup at Murrayfield on the opening weekend of the tournament.

Scotland ended their long wait for a victory at Twickenham thanks to an 11-6 victory on the opening weekend of last year’s tournament and will be full of confidence after also securing wins over France and Australia in the past year.

England will be under pressure to improve upon their fifth place finish last time out and head coach Eddie Jones has seen injuries disrupt his tournament preparations.

Marcus Smith will make his Six Nations debut at fly-half with Tom Curry filling in as captain in the absence of Owen Farrell and Courtney Lawes.

Here’s everything you need to know ahead of the match this afternoon.

When is Scotland vs. England?

The match will kick off at 4:45 pm GMT on Saturday 5 February at Murrayfield, Edinburgh.

It will be shown live on BBC One, with coverage starting from 4pm. It will also be available to stream live on the BBC iPlayer and BBC Sport website.

Tom Curry has filled England’s leadership void after being named captain, while Marcus Smith has held off the challenge of George Ford to continue at fly-half for the Calcutta Cup clash. Smith will marshal a new-look midfield that features Henry Slade at inside center and Elliot Daly in the 13 jersey, the position he filled for the Lions in the first two Tests of last summer’s South Africa tour.

Joe Marchant has recovered from Covid in time to take his place on the left wing while Max Malins takes the number 14 jersey, forcing Jack Nowell to settle for a spot among the replacements.

England have been ravaged by injury and the impact is also seen in the second and back rows. Maro Itoje is joined at lock by Nick Isiekwe, who was only called into the squad last week as cover for Lawes in the hope that the Northampton forward would pass the return to play protocols for concussion. A much changed back row sees Curry switched from number eight to openside, Lewis Ludlam take over at six and Sam Simmonds complete the trio.

Jonny Gray will make a return to the starting line-up for Scotland. After missing out on the Autumn Test matches through injury, Exeter lock Gray starts for the first time since March 2021 when he played against Ireland. He is joined in the second row by Edinburgh’s Grant Gilchrist, who will be one appearance away from reaching 50 caps after stepping out against England.

Elsewhere in the forwards pack, Worcester prop Rory Sutherland is named after playing in all of last year’s Six Nations matches. He is joined in the front row by Glasgow pair, hooker George Turner and prop Zander Fagerson. Edinburgh duo Jamie Ritchie and Hamish Watson will combine with Matt Fagerson from Glasgow in the back row.

Racing 92’s Finn Russell and Glasgow’s Ali Price will partner each other at nine and 10 respectively for the fourth-consecutive game, while Worcester’s Duhan Van Der Merwe starts on the wing. Darcy Graham will be on the opposite flank following some impressive form with Edinburgh.

See also  Queen preparing William for kingship amid Sussex drama as she trusts him, says expert

Gloucester’s Chris Harris and Glasgow’s Sam Johnson are set to combine in the center once again, with captain Stuart Hogg starting at full-back in his ninth Calcutta Cup match.