Skip to content
Home News Is Middlesbrough vs Tottenham on TV tonight? Kick-off time, channel and how to watch FA Cup fixture 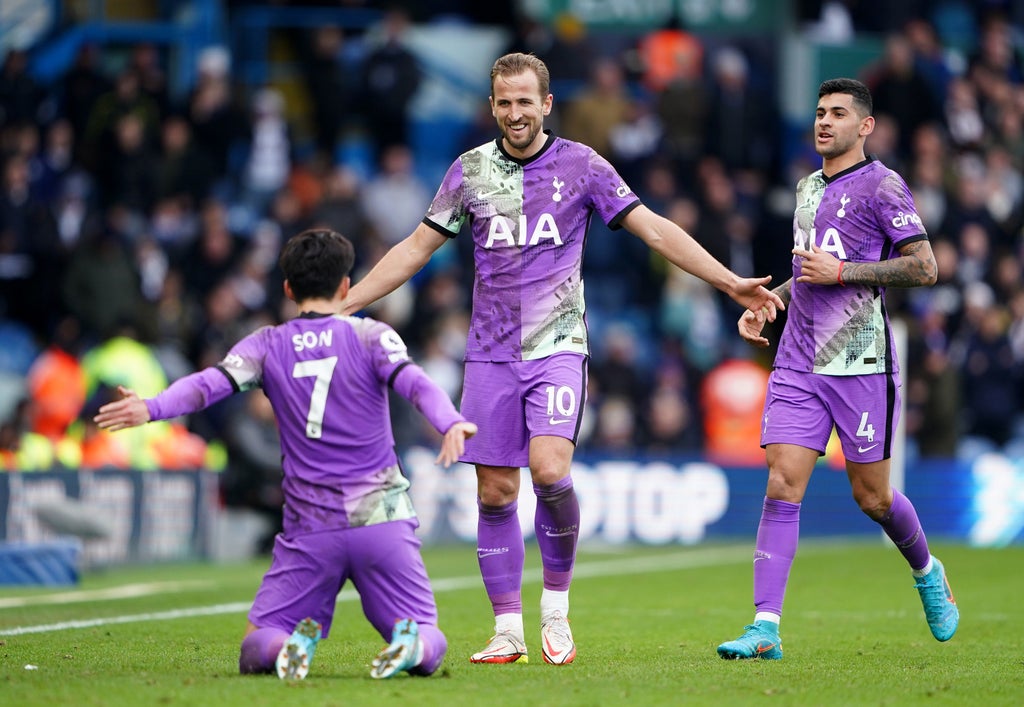 Tottenham Hotspur have never lost to Middlesbrough in the FA Cup and that’s a record they’ll be keen to continue when they travel to the Riverside Stadium on Tuesday evening aiming to move a step closer to a first trophy since 2008.

Spurs haven’t reached the quarter-finals of the world’s oldest cup competition since 2018, in fact being knocked at the fifth-round stage in each of the past two campaigns, but should have confidence flowing once more after hammering Leeds 4-0 to end Marcelo Bielsa’s reign at Elland Road at the weekend.

Tottenham boss Antonio Conte also boasts an enviable record against lower-league opposition in domestic cups, only losing once in 11 attempts to a side from a lower tier – which came when he was in charge of Atalanta for their 1-0 defeat to Lumezzane in the Coppa Italia back in 2009.

Middlesbrough won’t be straightforward opposition though, as Chris Wilder’s side proved when knocking out Manchester United on penalties in the previous round. Boro could be forgiven for having their attentions elsewhere though, given the tense Championship play-off race they’re currently embroiled in – sitting just two points and two places outside the top six.

Here’s everything you need to know about the FA Cup game at the Riverside Stadium.

The match will kick-off at 19:55 GMT on Tuesday, 1 March at Riverside Stadium, Middlesbrough.

The match will be shown live on BBC One, BBC iPlayer and the BBC Sport website, with coverage starting at 19:30 GMT.

Matt Crooks was Middlesbrough’s hero in the previous round, with his goal ensuring the game against Manchester United went to penalties, and the midfielder has completed a two-match suspension, so should slot straight back into the starting XI.

Riley McGree missed out on Saturday’s loss to Barnsley due to a tight calf and Boro boss Wilder has spoken about wanting to be cautious to avoid exacerbating the injury, meaning the Australian may not be risked, while Marc Bola is definitely out with a knee injury. Arsenal loanee Folarin Balogun will no doubt be eager to dent the trophy hopes of the Gunners’ arch rivals but is not guaranteed to start, with Wilder likely to select two from Balogun, Andraz Sporar and Duncan Watmore at the sharp-end of the pitch.

Conte will likely pick a strong side as Spurs target the FA Cup to end their trophy drought but Rodrigo Bentancur will be absent with an ankle problem, Oliver Skipp and Japhet Tanganga are major doubts, while Lucas Moura missed the 4-0 win over Leeds due to a knock picked up in training.

Any changes from the side that started the weekend’s big win could come in defense and at wing-back, with Davinson Sanchez, Emerson Royal and Sergio Reguilon all pushing for starts.

If you’re hunting an FA Cup shock, this appears to be one of the likelier ties but given Spurs’ desperation to finally win a trophy, they’ll be giving this game full respect and that should be enough to see them edge into the quarter-finals. Middlesbrough 1-2 Tottenham

See also  Secret appointments by WhatsApp, botox at home and pirate injections: the danger of bargains in aesthetics | Madrid