Skip to content
Home News Is it normal to feel number right now? 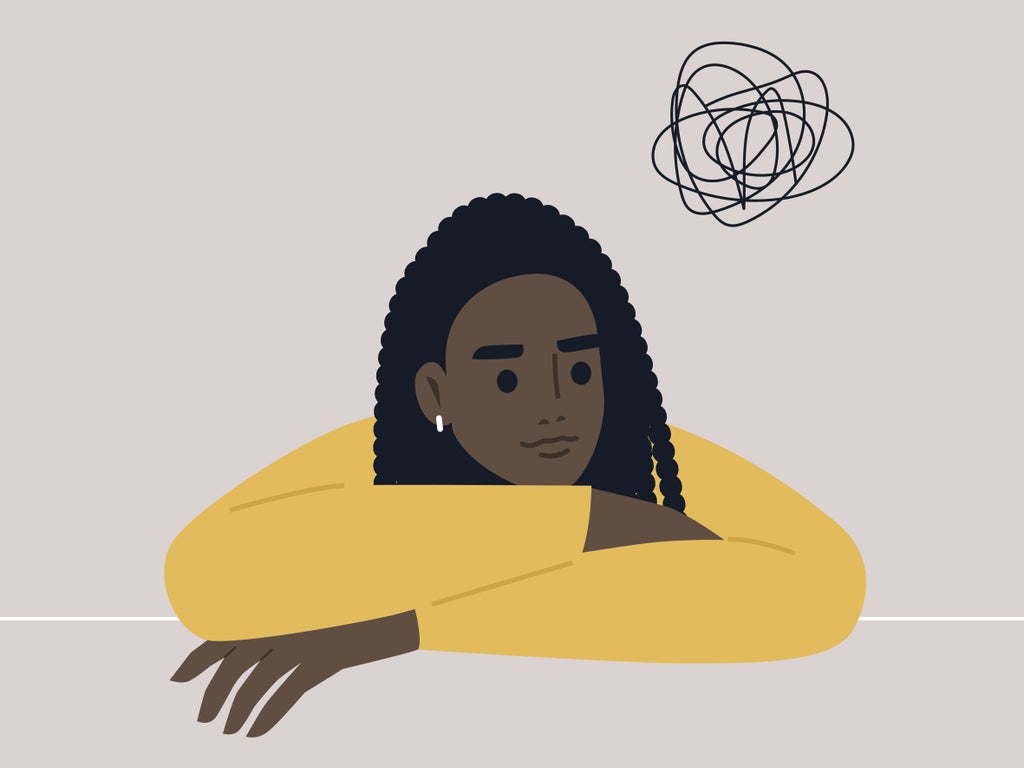 TOt the outset of the coronavirus pandemic, Stanford University psychology professor Jamil Zaki described the experience of living through the spread of Covid-19 as “the largest collective trauma that anyone alive has experienced”. In a Twitter thread designed to reassure readers that their tough emotions were perfectly normal, he said the primary feeling we were dealing with together was grief — “grief over what we’ve lost, vulnerability about what we can so easily lose, and a lack of control”.

Almost two years later, after battling through endless lockdowns and month after month of social restrictions, we are emerging out of the pandemic. The grief and anxiety may have passed, but they have been replaced with another sensation: numbness.

A quick glance at social media shows that feelings of numbness and detachment are the top emotions we are contending with as we enter this stage. One poster on Mumsnet asked last month: Is it normal to feel completely numb now? According to psychologists and counsellors, it’s not only normal but an important part of healing. It’s the best way the human body can process what it’s been through in the last two years.

“Feeling numbnesss is an emotional response to overwhelm and the pandemic has incrementally led to us feeling overwhelmed and hopeless. Feeling emotionally connected to the situation is exhausting and numbing out gives us respite,” explains therapist Sally Baker. “It’s not a conscious response; we don’t choose to number out. The blunting of our emotions through the pandemic is a response that is generated in our reptilian brains.”

The reptilian part is the oldest part of the brain in evolutionary terms, the part that is responsible for our primitive ‘fight or flight’ mechanism, responsible for most feelings of anxiety in modern life. When it becomes overwhelmed, to prevent an excess of stress on the body it simply shuts down, and the result is apathy or numbness.

“We’re burned out. One of the things that happens is that we’re apathetic towards ourselves and towards societal issues. That’s really bad for society,” Baker says. “It means we are becoming introspective. Introspection isn’t healthy, because with it comes mental illness and overthinking.”

Author and psychologist Emma Kavanagh investigated feelings of numbness and burnout for her book, How To Be Broken. In the early part of the pandemic she stumbled across interesting research that came out of studying the lives and behaviors of research scientists working in isolated conditions in the deep Antarctic during the winter season. The scientists were working in a skeleton crew, in isolation from the outside world due to dangerous weather conditions, and with small groups of people they couldn’t self-select either. Without a support structure they too experienced this shutting down effect.

“The almost universal finding [was] that after a period of time they would start turning inwards. It looked like closing down. The research described it as a ‘psychological hibernation’ and the symptoms were indistinguishable from burnout,” Kavanagh says. “That caught my attention because what it suggests to me is that this thing we describe as burnout, this process of psychological detachment, is like a protective response that our brain reaches at a certain point at which it has dealt with ongoing trauma and stress that it has to stop and pull inward.”

Kavanagh believes we are witnessing this type of psychological hibernation on a massive scale, as our bodies seek to cope with the amount of pressure that has been placed on us in the last year — particularly parents or carers, who have had to prioritize the wellbeing of others.

“A healthy person is someone who has time to do things like let their mind wander. What I suspect is that, across the course of the pandemic, we haven’t been doing that because the outside environment is so demanding and stressful we have to pay attention to it. My theory is that, at this stage, this is our bodies’ way of turning our focus back on what we need to do,” she says.

The numbing response is triggered by the body attempting self preservation. Psychologist Audrey Tang identifies two routes to “numbing out” or detachment after a long period of stress. The first is an active turning off. “People say ‘I’m just not going to face it’. It’s a really sad emotional trap, and you see it especially in parents, carers and leaders who are responsible for other people,” Tang says. The other is almost an opposite response, known as “compassion fatigue”, characterized by the sense of being unable to care anymore due to extreme exhaustion.

Those feelings can also be accompanied by shame: We are embarrassed to admit to ourselves that we’ve lost our capacity for care and compassion, especially at a time when our families and communities need us to be most caring. Counselor Louise Tyler acknowledges that this is particularly noticeable among people who have experienced the last two years from a position of relative privilege — being financially stable, generally healthy and with a good social support network.

But the effects of such stress on our neurochemistry are enormous. Over the course of the pandemic, our bodies have been normalizing lower levels of stress, which have left us with little capacity to cope when stress levels rise in response to normal events in daily life. “If we start normalizing a certain amount of cortisol then when we’re really stressed we’re going to go from 5 to 10 very quickly so there’s no capacity to cope, but it’s also not doing our bodies any good,” Tang adds.

What makes this period unique is that we’re suffering this numbing and dissociation collectively — with devastating results for society. The result of so many people feeling detached from themselves and one another has tangible effects on how we treat each other. Numbing leads to lack of sleep and irritability, both of which affect our capacity for patience and empathy with one another, not just in the home but out in society. Tang says this is leading to behaviors such as slamming doors and a sense of exasperation with one another. “It’s a vicious cycle of paying it forward,” Tang says.

These consequences have been seen before, when numbness as a form of self-protection has affected communities en masse. According to Peter Hughes, a behavioral psychologist and co-founder of The Cognition Agency, a similar pattern was spotted during the AIDs epidemic in the 1980s. “I knew people who grew up numb just going to funeral after funeral. By the time they attended their 30th or 40th they had to shut down as the grief was too much,” Hughes says.

Now the same process is happening again, partly because our brains have found it difficult to process the information we have been giving them to generate a true sense of the risk to us. “What we get on the news, day after relentless day is cases, hospitalizations, deaths. That creates an emotional overload, but it does that because we assess the probability of something happening or its prevalence on its availability to our conscious mind. We think we are dealing with smallpox or Ebola and we overestimate the risk, and overestimate the measures we have to take. We really have a sense that everything is falling apart,” Hughes explains. “It makes us fatigued, and also it creates a lot of anger and division. Social distance leads to indifference and indifference leads to dehumanisation, and can lead to actual cruelty. It’s sad to see people divided in this way.”

Given the chilling psychological effects the last two years have had on us, moving on from Covid is not as simple as watching with relief as the hospitalization and death rates fall and penciling dinner dates into our diaries again. We need to train our brains to move on from what they’ve experienced too.

Hughes says the best way to retrain our brains and find a route out of the pandemic mentally is to learn to enjoy the present day and make efforts to spend time with friends, even — or especially — if we’ve suffered disagreements about Covid due to anxiety or numbness

“Learn to enjoy the life that you have,” he recommends. “It’s important that we reconnect with each other on an individual level and start seeing those people we might have demonized because they’re an anti-vaxxer or not wearing masks. [We should] focus on making small differences in our lives: go out for a walk, go for dinner with someone, focus on what we can control.”

Sally Baker warns that traditional advice to try meditation or mindfulness won’t cut it for such a huge, shared trauma. Exercise, however, will make a difference because it leads to serotonin release. “The personal is political here because we have to take care of ourselves and our loved ones, and to do that we have to change our brain chemistry. You can do this with 20 minutes of effort, whether that’s a walk, run or swim, but whatever you decide to do, do it outside and do it for 20 minutes because that’s how long it takes to change your brain chemistry.”

The message of Kavanagh’s book is that sometimes we need to fall apart to rebuild ourselves mentally — and that’s a lesson she hopes we can learn en masse right now. “As a culture we need to move away from the pathologizing of feeling bad,” she says. “Perhaps not try to heal it, just acknowledge that this is somewhere you need to be for a while, to let yourself rest and recover.”

Despite the temptation after lockdown, she advises not filling up every minute of the day with activity, to allow our minds time to rest and wander. “If you’re folding laundry or standing in a queue, it’s a really good chance to let your brain do its thing,” she says.

Kavanagh also recommends forcing yourself to offer the same space and kindness to others. “One of the things that would be very helpful for us as a group is to start thinking about what other people might need. What can we do to make someone else’s day a little bit lighter? That may sound trite but there is validity in that, concerning ourselves with what everyone else is going through,” she explains.

“I think we all have to bear in mind that everyone is carrying a really heavy burden right now.”