Skip to content
Home News Is Coda on Netflix? Where to watch Oscars 2022 Best Picture winning film online – and cast with Emilia Jones

The movie stars Emilia Jones – the daughter of Aled Jones – as a child of deaf adults, or ‘Coda’

Oscar watchers had long tipped Jane Campion’s western The Power Of The Dog as the likely winner of the Best Picture prize, but it became apparent that Coda could provide a spoiler when the Producers Guild named it Best Picture earlier this month.

The film, directed and adapted by Sian Heder as an English-language remake of the 2014 French-language film La Famille Belier, also won the Best Adapted Screenplay Oscar.

The heart-warming movie first triumphed at the 2021 Sundance Film Festival, where it won top prize and became the biggest acquisition in the festival’s history after Apple TV+ picked it up for $25 million (£19 million).

Here is everything you need to know about it.

What is Coda about?

Coda follows Ruby Rossi, the only hearing member of her family (a child of deaf adults, or ‘Coda’), as she struggles to balance high-school and assisting with the family fishing business.

Her passion for singing leads her to join the school choir, tutored by her eccentric mentor Mr Villalobos, played by Eugenio Derbez, who encourages her to audition for Berklee College Of Music.

Who stars in it?

Kotsur added another historical milestone as he became the first deaf male actor to win an Oscar at the ceremony for his part in the film.

I have dedicated his win to “the deaf community, the Coda community and the disabled community”, adding: “This is our moment”.

The actor appeared overwhelmed as he made his way to the stage accompanied by his interpreter, who has been a regular fixture throughout his awards season journey, where he has picked up a string of gongs.

Kotsur credits his career with the impact he felt when he watched his Coda co-star Matlin win the best actress Oscar in 1987 for her role in Children Of A Lesser God, the first deaf performer ever to win an Academy Award.

He has also spoken of his gratitude that she championed his casting in the film they made together, which has garnered him best supporting actor wins at Sag, Bafta, the Critics’ Choice Awards and the Independent Spirit Awards.

Is Coda on Netflix?

Coda is not currently available on Netflix.

However, it is still readily available to stream online in the UK through Apple TV+.

If you find yourself in the market for a new Apple device – such as an iPhone or iPad – bear in mind that Apple TV+ is included for three months when you purchase an Apple device and redeem the offer within 90 days at no extra cost.

Netflix executives are sure to be jealous of Coda’s success, which makes Apple TV+ the first streaming service to receive an Oscar for Best Picture.

The company beat off strong competition from Netflix, which had two movies up for the award in The Power of the Dog and Don’t Look Up.

Netflix has had several productions nominated in this category in recent years, including Roma in 2019, The Irishman in 2020 and The Trial of the Chicago 7 in 2021.

But this year’s win for Coda – one of the first ever films to be distributed by Apple TV+ – means Netflix’s wait for Oscar glory goes on.

A message from the editor:

Thank you for reading. NationalWorld is a new national news brand, produced by a team of journalists, editors, video producers and designers who live and work across the UK. Find out more about who’s who in the team, and our editorial values. We want to start a community among our readers, so please follow us on Facebook, Twitter and Instagram, and keep the conversation going. You can also sign up to our newsletters and get a curated selection of our best reads to your inbox every day. 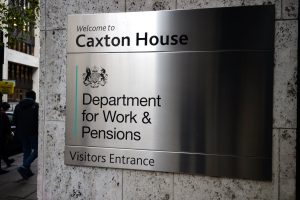