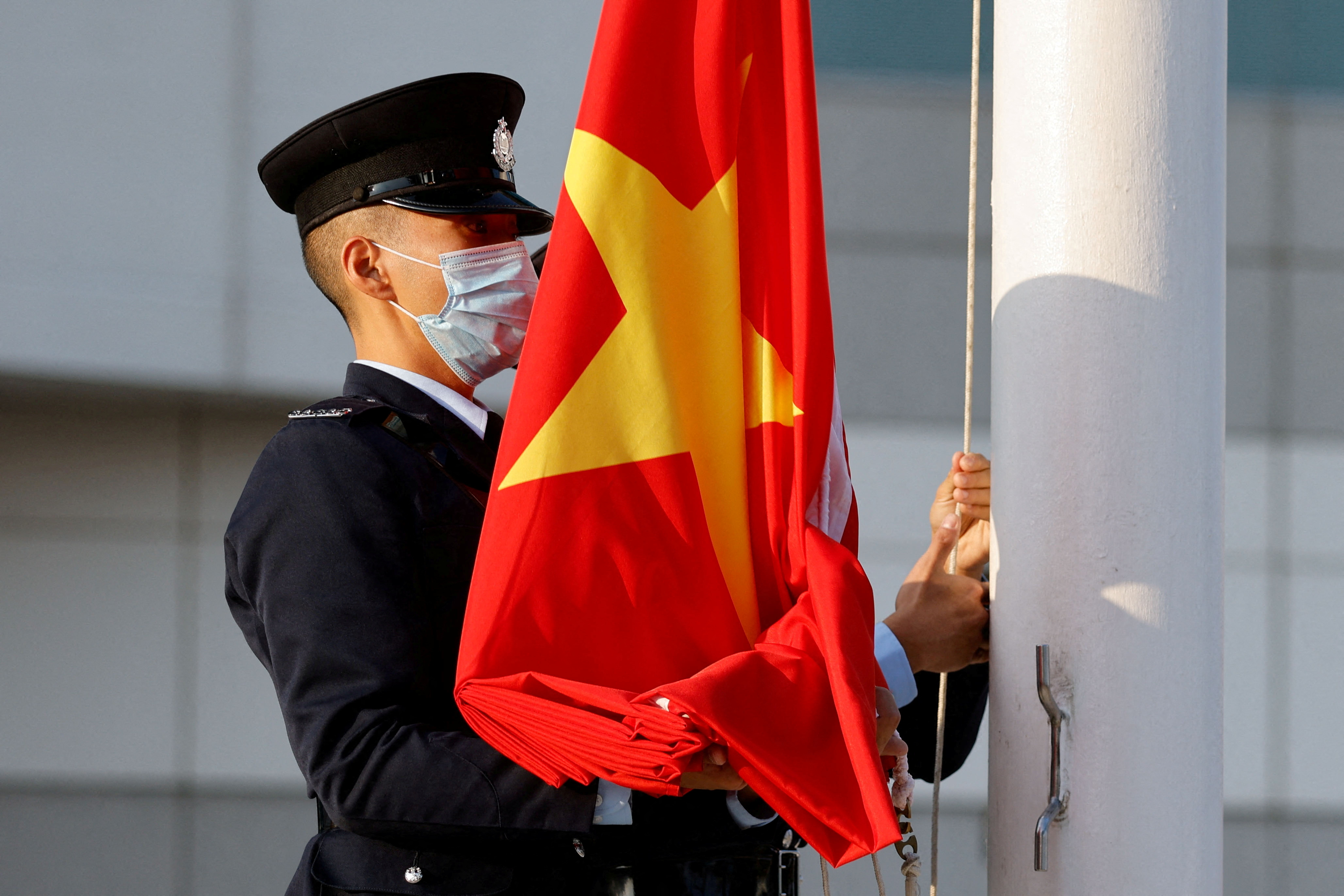 In August 2008, a smiling George W. Bush and his wife Laura were proudly applauding at a United States basketball game at the Wukesong sports hall in Beijing during the Olympic Games that were being held in that city with all the pomp. In less than two months, the Chinese capital will once again host – between February 4 and 20 – an Olympic Games, the winter games of 2022. But this time the situation will be completely different.

The United States this week announced a diplomatic boycott of the sporting event in Beijing, which justifies as punishment the human rights violations of Uighurs in Xinjiang and the limitation of freedoms in Hong Kong. Although its athletes will participate, no senior official from that country will attend. Much less the current president, Joe Biden. For the moment, Canada, Australia and the United Kingdom have joined the Washington veto.

The biggest difference is given by the current status of China. Fourteen years ago, Beijing used those Games to try to convince the world that it deserved to rub shoulders with the great powers, and the West was pressuring it to try to undertake democratic reforms and show greater respect for human rights.

In 2021, China is the second largest power in the world and aims to overtake the United States before reaching the middle of the century. Both are immersed in a rivalry of such caliber that some already compare it to a new Cold War. Beijing is much more assertive in defending its interests than it was fourteen years ago. Even – affirms Beijing – its political system is a democracy. And his version is much better than that of the United States.

While the Summit for Democracy was being prepared in Washington, which was held telematically last week from the US capital with the participation of dozens of countries, China – which was not invited to the event – organized its own International Forum on Democracy, with the participation of politicians and experts from more than 120 countries. It also featured a 13,000-word white paper titled “China: Democracy That Works.” And the Chinese Foreign Ministry presented a report criticizing the state of American democracy.

Throughout the week, Chinese state media have repeatedly stressed the virtues of the Chinese system and highlighted the problems of the American. “China’s complete people’s democracy is not the type that kicks in when you go to vote and is deactivated immediately afterward,” said Deputy Foreign Minister Le Yucheng last week.

The white paper insists that there are many types of democracies and that of China is one more, in which the Communist Party can adequately know the opinion of the people – sending, for example, officials to the communities to consult them – and legislate taking into account count those demands. “There is no fixed model of democracy; it manifests itself in many ways. Applying a single measure to the myriad political systems of the world and examining diverse political structures in a monolithic way is in itself undemocratic. The success of the Chinese system, he assures, is to improve the quality of life of its population.

Despite its claims, international standards regard China as an autocratic regime. There is no alternation in government, judicial independence or separation of powers: the Communist Party controls everything. There is also no freedom of expression or association, independent media or free elections by universal suffrage, among the elements that the United Nations considers essential in a democracy. Its dissidents are systematically imprisoned. Two separate organizations, the Committee to Protect Journalists and Reporters Without Borders, in separate reports this week accused China of being the world’s top jailer for journalists. The NGO Freedom House places it at the bottom of its freedom ranking in the world.

Although the propaganda has intensified this week in parallel with the summit in Washington, the characterization of China’s political system as a democracy is not new, recalls Professor David Shambaugh of George Washington University. Its founders “always maintained from the beginning that they were Democrats,” and the claims have grown in the last couple of years. It is about “an attempt to win soft power [poder blando] abroad and engage in what they call the war of speech to try to compete with western narratives. Part of that competition is to argue, “We too have democratic features in our system that go back to the 1930s, and the West does not have a monopoly on how a democracy should function.”

The war of speech

President Xi Jinping has declared on several occasions the need for China to prevail in this “war for the power of international discourse” and that when it does speak, it should be listened to attentively. On the world stage as well as within its borders. Beijing must “make great efforts to strengthen international communication capacity, form an outward discourse that represents our national power and international status, create a climate of favorable external public opinion regarding China’s reform, development, and stability,” it declared. in June at a meeting of the Politburo of the Communist Party.

And now is the perfect time to intensify those efforts, according to the Communist Party. While the rest of the world tries to subdue the coronavirus, China has controlled the pandemic, its economy is growing and it has become convinced of the superiority of its political system. In his eyes, as the United States has fallen into decline, “time and momentum,” Xi said in January, “are on China ‘s side.”

The new wave of Chinese diplomats of more aggressive rhetoric to defend the interests of their country, known as “warrior wolves”, arises from this national search for the huayuquan (literally, the right to speak), the power of external speech. His harsh defense of what he considers to be the anti-terrorist fight in Xinjiang against the Uighur minority, who mostly profess Islam, or the stabilization of Hong Kong after the 2019 protests, too.

The Beijing Olympic Games are also part of this same struggle for narrative. To Washington’s announcement of its diplomatic absence, the Chinese government responded with inflammatory rhetoric: the countries that impose that veto, it assured, “will pay a price.” And, at the same time, he insisted that the boycott was just a fallacy, since no senior official from those nations was invited.

China “used to care about maintaining a harmonious atmosphere with the West, and the way the rest of the world perceived it, especially the West. That must change, “wrote the newspaper Global Times, owned by the Communist Party, in an editorial last month about the sporting event.

“If the United States wants to lead its allies in using the Games as a stage to showcase their differences (with China), China only needs to expose and oppose those attempts, while ignoring their superficial attacks on China. Beijing no longer sees the United States and its allies cooperating with China in such international events. As a result, we will neutralize most of the ideological weapons of the West, ”the editorial pointed out. “If we succeed and change the attitude of Chinese society towards how the West perceives us, the Beijing Games will be (…) a rite of passage for China as a mature great power,” he concludes.