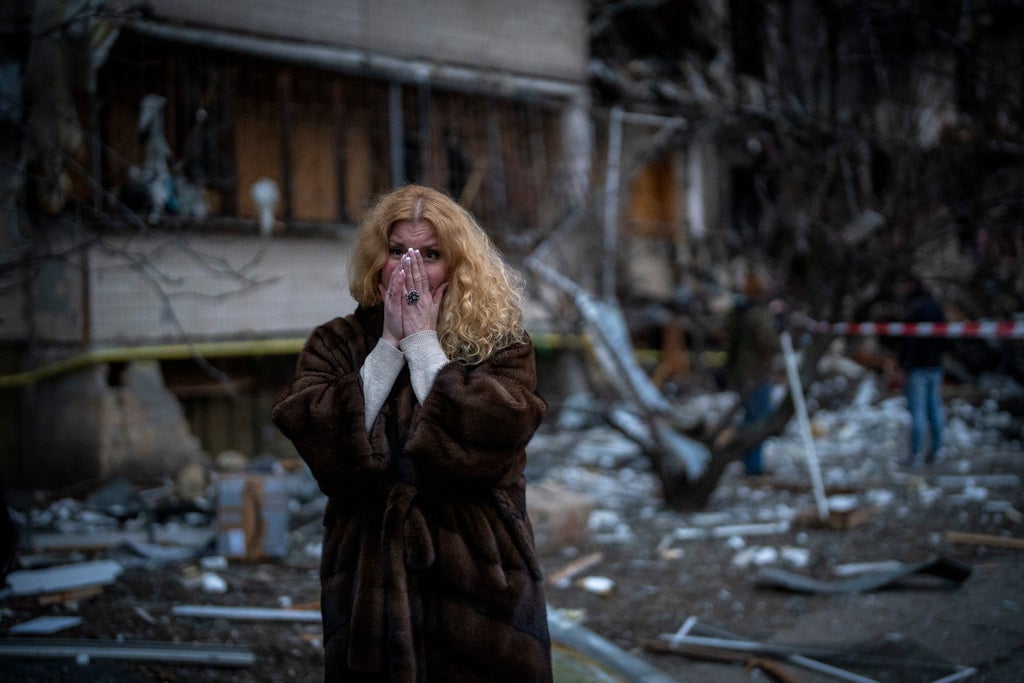 The disconnect is extraordinary. With the Russian invasion of Ukraine underway, Europe is facing its largest conflict in a generation. War will have huge implications for European security and stability, with the prospect of mass displacement across Ukraine’s borders.

Boris Johnson has promised parliament that Britain would protect people fleeing the conflict. But his government of him is preparing to pass a borders bill that will criminalize Ukrainians who make their own way to safety in the UK.

Most of us facing invasion by hostile forces known to practice torture would take our children and run to wherever we felt safe. If Johnson’s Nationality and Borders Bill passes, however, any Ukrainian who arrives in Britain outside of official resettlement schemes will be treated as a criminal, receiving limited rights and risking imprisonment in processing centers thousands of thousands from our shores.

Already, tens of thousands of people have been forced from their homes. Huge traffic jam have formed on roads leading out of Kyiv, every car filled with ordinary people whose lives have been thrown suddenly into chaos. Among them is a Ukrainian psychologist, who reached out to a colleague of mine at Freedom from Torture, seeking assistance. She was messaging from a shop where she was buying a Kalashnikov to protect herself and was desperately seeking a way out of Kyiv. When shells are falling on your city, you simply do not have time to apply for visas and travel documents.

Recognition of this fact is at the very core of the Refugee Convention, which ensures that those fleeing persecution are not penalized for their means of arrival in the country where they claim asylum. The convention, which Britain helped draft, was laid down in the wake of the Second World War when much of Europe lay in ruins and the full scale of the horrors of the Holocaust were becoming known. Johnson’s anti-refugee bill flies in the face of these rules, designed to keep all of us safe whenever the tragedy of war forces people from their homes.

We at Freedom from Torture believe the bill is the biggest legal assault on international refugee law ever seen in the UK. The UN’s refugee agency has warned that the bill is “fundamentally at odds” with the UK’s obligations under the Refugee Convention. Former UN Secretary General Ban Ki-Moon has been even franker: the “damaging precedent” set by this anti-refugee bill would “threaten the integrity of the global asylum system”.

In the face of mounting evidence, this government has given up justifying the legality of the bill, instead arguing that it “disagrees” with the UN and that “as a sovereign nation, it is up to us to interpret the convention”. This is nonsense; as a comprehensive report by the Bingham Center for the Rule of Law recently noted, it is not for parliament to define the meaning of international treaties.

By reducing the dispute to one of legal gymnastics, they are betraying the spirit of the international human rights – if the UK abandon its obligations, Russia’s president Vladimir Putin could reasonably question why he should be expected to uphold his. Worse still, they are ignoring the devastating impact these policies will have on the world’s most vulnerable people.

On Monday 27 February, members of the House of Lords have an opportunity to stop this heartless bill from becoming law. Amendments proposed by peers would block penalization of refugees depending on their mode of arrival and create 10,000 global refugee resettlement places a year. As the bill passes through parliament in the coming weeks, it is crucial that every parliamentarian with a conscience does all they can to support these changes. Make no mistake, anyone who votes in favor of this bill is voting to slam the door in the face of Ukrainian men, women and children in need.

While this government is turning its back on people seeking safety, all over Britain people are showing their support for Ukrainians in need. A petition launched by Freedom from Torture on the day the Russian invasion began urges the government to accept Ukrainian refugees and to abandon clauses in the borders bill that would criminalize them and has already been signed by more than 100,000 people.

All over the country, caring people are showing support for refugees, including through the enormous Together With Refugees coalition. If enough of us join together, we can stop this anti-refugee bill and build an asylum system that treats those fleeing torture and conflict with dignity and decency, in accordance with the international rules which Britain helped shape.

Sonya Sceats is chief executive of Freedom from Torture