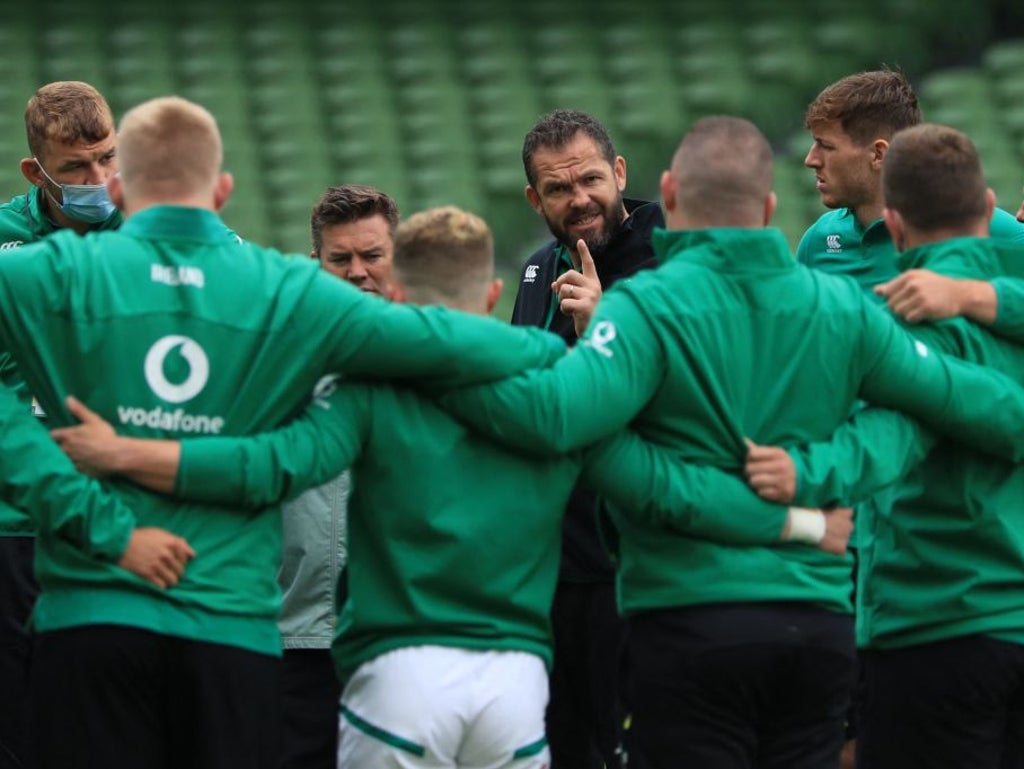 Follow all the action as Ireland and Wales kick-off the 2022 edition of the Six Nations.

Andy Farrell’s side head into the championship in tremendous form after a clean sweep of their autumn series internationals, including a momentous 29-20 victory over New Zealand. Farrell’s only change to the backline sees Mack Hansen’s debut on the wing, with the head coach effusive in his praise for the Australian-born 23-year-old. “He’s a smart rugby player,” Farrel said. “He makes things happen.” Johnny Sexton will captain the side while an imposing Leinster dominated pack are likely to provide a force difficult for Wales to withstand.

Wales are suffering from a number of notable absences, with senior players Alun Wyn Jones, Josh Navidi, Justin Tipuric, Ken Owens, Leigh Halfpenny, George North and Taulupe Faletau all ruled out. It leaves Wayne Pivac’s side as clear underdogs, although the head coach insists the odds that lack of pressure will work to Wales’s benefit. “Where we are with the bookies is the same position we were in last year,” he said. “Everything to gain and nothing to lose. That’s the attitude.”

Follow all the latest updates from the Aviva Stadium in Dublin:

The Six Nations is back – and maybe better than ever.

Open the turnstiles and ready your voices – the Six Nations is here! 23 long months since fans were last permitted to attend rugby’s most storied annual championship, it returns in all its technicolour glory with renewed vitality and verve. Rugby in the northern hemisphere has rarely, if ever, been better and with five genuine contenders for the crown, the tournament proper looks set to return with a bang.

Where better to begin than Dublin for a clash between fancied Ireland, looking to build on an outstanding autumn, and a wounded Wales, without a host of stars as they look to defend the title they improbably secured last year.

We’ll have all the thrills, spills and action over the next month or so as the destination of the 2022 Six Nations is decided – and this could be a tournament for the ages.

The game will kick off at 2.15pm GMT at the Aviva Stadium in Dublin, and ITV Sport will air the game live in the UK, with S4C also providing coverage in Wales. Ireland are the favourites:

Welcome along to live coverage of the opening Six Nations match of the championship, between Ireland and Wales in Dublin.

Wales may be the reigning champions but they travel across the Irish Sea as slight underdogs after Ireland’s stellar autumn campaign in which Andy Farrell’s side took down the All Blacks in a clean sweep of victories. Wales also carry plenty of injuries with Alun Wyn Jones, Josh Navidi, Justin Tipuric, Ken Owens, Leigh Halfpenny, George North and Taulupe Faletau all ruled out.