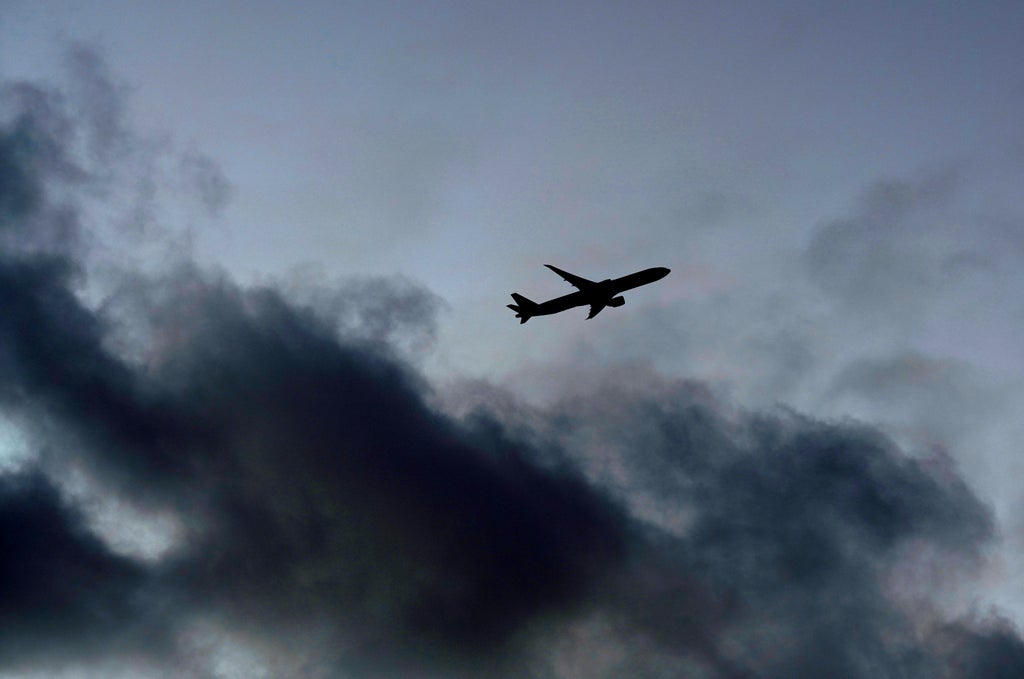 Ireland is to close off its airspace to all Russian aircraft, as the invasion of Ukraine continues.

On Sunday morning, Foreign Affairs Minister Simon Coveney confirmed that Ireland will move to shut off the country’s airspace to Russian plans.

I have tweeted: “Shocking Russian attacks on Ukraine overnight. Ireland will move to shut off Irish airspace to all Russian aircraft.”

Mr Coveney also called on other EU countries to do the same.

Various European countries – including the Czech Republic, Slovenia and the Baltic nations of Estonia, Latvia and Lithuania – have already decided to close their airspace to Russian airlines.

The UK has made a similar decision.

“We encourage other EU partners to do the same,” Mr Coveney said.

The US, European Union and UK have agreed to block “selected” Russian banks from the Swift global financial messaging system in retaliation for the Russian invasion of Ukraine.

“Restrictive measures” will also be imposed on Russia’s central bank.

Thomas Byrne, the Irish minister for European affairs, tweeted late on Saturday that he was “relieved” a decision on Swift had been agreed.

The Department of Foreign Affairs in Ireland has told Irish citizens to avoid non-essential travel to Russia.

In an update to travel guidance, the department said: “Due to the ongoing disruption to flight services to and from Russia, the Department of Foreign Affairs is advising citizens to avoid non-essential travel to Russia at this time.

See also  Grow your own for sustainability and to beat inflation

“Further flight cancellations and uncertainty on travel routes from Russia are expected in the coming days.”

Mr Byrne predicted that the latest sanctions imposed by the EU will have an “absolutely devastating effect on the Russian economy, and (Russian President Vladimir) Putin’s own personal resources”.

In an interview with the BBC, he said that Ireland would back calls for Ukraine to be a candidate for EU membership.

Mr Byrne said the country “absolutely would support” such a move.

He also indicated that a de facto ban on Russian aircraft in Irish airspace has already come into effect.

“I effectively think that’s already starting to happen,” he said.

“Because, at the moment, there’s a ban on airplanes being exported into Russia and aircraft parts, and that means, for example, that a plane going to Russia actually from any country can’t bring new parts on the plane, even for itself .

“So already we’ve seen Western airlines canceling flights. I think it will be completely untenable for Russian airlines to fly anywhere into the Western world very, very soon.”

Justice Minister Helen McEntee also said she expects that decision to be put into practice “quickly”.

Speaking on RTE radio, she indicated that the Irish Government has not ruled out diplomats or Defense Forces members being sent to close to the western Ukrainian border to support anyone trying to reach Ireland.

She said on Sunday that her department had reacted quickly to put in place a visa waiver scheme for Ukrainian nationals hoping to enter Ireland.

“What we’re doing now is making sure that, when people cross the border – because you have hundreds of thousands of people crossing into Poland, into Romania and other neighboring countries – is that there is financial assistance and support to provide for our member state colleagues to be able to assist these people.

“But we have to be clear here – there are no plans flying into Ukraine. And there’s no ability for us to get into Ukraine.

“What we can do is encourage people, where it is safe to do so, to travel to the border; where it’s not, to try and find shelter.

“But we have been engaging with people for weeks now. We will continue to engage with them even though we don’t have a consulate or we don’t have an embassy on the ground.”

Asked on RTE radio whether diplomats or Defense Force members might be able to help out or meet people at the border, she said: “I think all of these things need to be kept under review. We have our consular assistance in all of these European member states.

“In particular in Poland, in Warsaw, we have a lot of people who are engaging with people who are crossing the border – helping them and also helping those family members who are Ukrainian nationals.

“And that’s really what we’re seeing initially. While we’ve had quite a small number of people, I think in the last few days, the vast majority of those who have come into Ireland are people who have family, who have friends, who have those connections.”