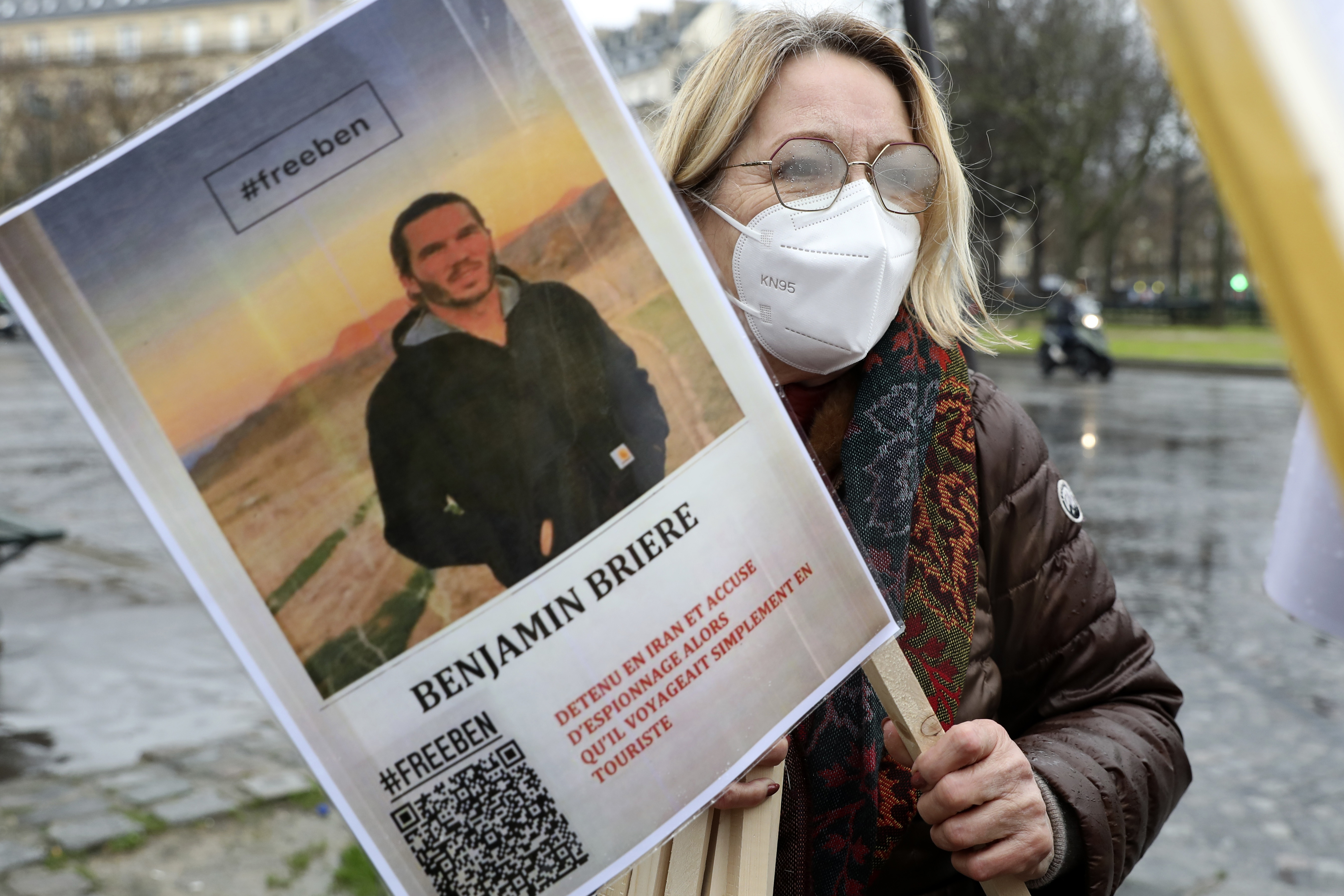 Frenchman Benjamin Brière, detained since May 2020 in Iran, has been sentenced to eight years in prison for “espionage”, one of his lawyers announced on Tuesday. Brière, 36, who is on a hunger strike, appeared last Thursday before a revolutionary court in Mashhad, in the east of the country, which tried him behind closed doors. In addition, the sentence adds another eight months for “propaganda” against the regime.

The lawyer, Philippe Valent, has described the process as a “farce”, according to the statement echoed by the France Presse news agency. “Benjamin Brière has never benefited from any form of fair trial before impartial judges,” he says before specifying that he had not had access to his file and was unable to prepare for the hearing.

“This condemnation, which is not based on anything, is unacceptable,” a spokeswoman for the French Foreign Ministry said in a statement, reports the Efe agency. “We will follow with the greatest attention the situation of our compatriot, who has decided to appeal,” he added in his statement. French diplomacy says that it is closely following the matter and that the last consular visit to try to unblock the case took place on January 17.

The police arrested Brière, who was traveling in a motorhome, when he was recording images with a drone (helicam type) in a desert area near the border with Turkmenistan in May 2020. The Iranian officials, who did not make it public until February of the year Next, they accused him of “espionage and propaganda against the Islamic Republic”, two charges that he has always denied through his lawyers.

His case was added to that of a score of foreign detainees that, according to rights organizations, Tehran intends to use as a bargaining chip in its relations with the West.

In Valent’s opinion, “the sentence is the result of a purely political trial”, which is why he urges the French authorities to get involved in the case. “The family [de Brière] She is very concerned about her physical and psychological health, particularly after the announcement of the verdict,” she says.

The Iranian lawyer who has defended Brière before the revolutionary court, Saeid Dehghan, said after the trial that he hoped he would be found “innocent because there was no legal basis for the bizarre accusations of propaganda and espionage.” In conversation with EL PAÍS, he also expressed concern that the judge had used the word “exchange” during the hearing. In his opinion, that meant “prisoner exchange.”

Iran has resorted to that formula in the past. The last known case was in June 2020 when he managed to get the United States to release the Iranian-American scientist Majid Taherí, accused of violating sanctions against the Asian country, in exchange for the return home of US Navy veteran Michael White. But there is no record of any Iranian citizen being imprisoned in France today.

Brière’s trial coincides, however, with the nuclear negotiations in Vienna, in which the Iranian regime accuses France of not cooperating and of defending the interests of its archenemy Israel. Some analysts say it is no coincidence that earlier this month, a judge re-imprisoned French-Iranian anthropologist Fariba Adelkhah, who was serving a five-year sentence under house arrest. France demanded his immediate release, but Iran does not recognize dual nationalities and considers that any comment in this regard constitutes interference in its judicial system.