In the last years of the Franco regime, between 1968 and 1976, 53 priests, most of them Basque, were incarcerated in the Zamora prison. Xabier Amuriza, Josu Naberan, Juan Mari Zulaika, Julen Kaltzada, Periko Solabarrieta and many other religious were punished in the prison agreed between the Vatican and Franco, the only one in the world only for priests, for denouncing the outrages of the dictatorship.

The directors Ritxi Lizartza, Oier Aranzabal and David Pallarès have collected in the documentary “Priestly Prison” the adventures of these men, from their attempt to dig a tunnel to escape their attempt, in 1973, to set the prison on fire. In addition, they have returned with some of them to that prison.

The script for the film, in which EITB participates, is the work of Martin Etxeberria, Xabier Etxeberria, Jon Mikel Aldanondo and Mielanjel Elustondo, and Joserra Senperena has been in charge of the music. We have spoken with Lizartza about the film that opens at the Human Rights and Film Festival.

What path have you traveled through memory to make this film against oblivion? What sources have you turned to?

The Zamora prison for priests was open between 1968 and 1976. It is an unknown story that has not been told. So we wanted to narrate this important chapter of our historical memory so that new generations have proof of this prison based on the concordat between Franco and the Vatican.

To do this, we have compiled audios, videos and extensive documentation of that time, and we have conducted 35 interviews, because the memories of the priests themselves are the most accurate, close and credible memory.

It should be remembered that 53 priests were there, 35 of them from Biscay and 8 from Gipuzkoa. And we have sought different opinions: a prison official from that time, journalists, experts … The trip to Zamora has been the best way to remember that time.

In general, in what frame of mind did the ex-prisoners give their testimony?

We have received enormous help from the priests. They also wanted to tell that story, because they feel it very much alive. Proof of this is that 16 of those priests have joined the Servini complaint against the outrages of the Franco regime.

The way to recall its history, for its part, has started more from emotion than from anger or pain. They have been moved to tell us about their experiences, they have recovered the events of that time and what they suffered in Zamora from the emotion. The friendship and solidarity that exist between them are remarkable.

And when we got to Zamora, the feelings exploded. We believe that the film, insofar as it shows the pain they suffered, gathers everything that happened and felt from deep within. 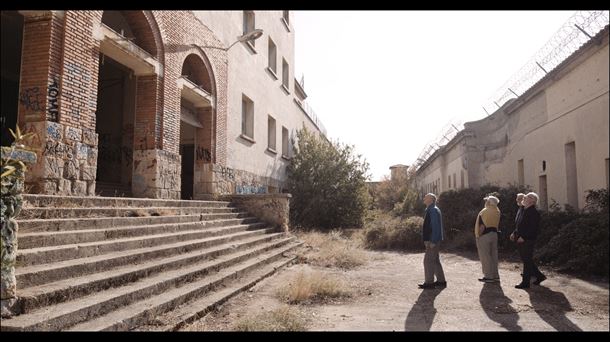 What kinds of events are told in the movie?

The main focus is the visit to the prison, but what has moved us the most have been their testimonies: the persecution, torture, mistreatment and detentions they suffered. We have dressed those hard moments with the credible and beautiful animations of Kote Camacho.

How do you tie everything together to show it on the screen?

We have obtained audios and videos of the time, the letters of the priests, documents, photos and much more material; We have also collected, in addition to the interviews, the remarkable trace that his activity left in the press, and, as I have told you, the animations have contributed a great quality to the final cut. 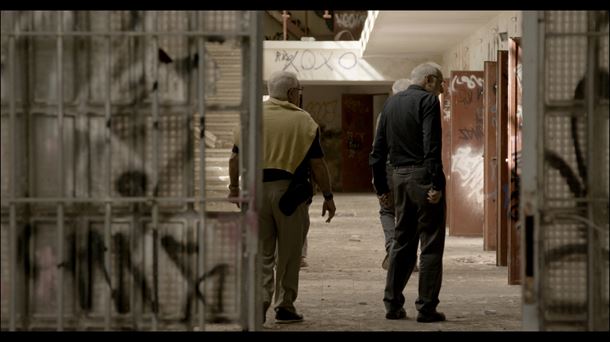 A fragment has been recorded in the Zamora prison itself, where you returned with some of the priests who were held there. How was the administrative work to get to record there and how did you experience the return of the express?

It was very difficult to get permission to enter the Zamora prison, since it has been closed since 1995 and it is impossible to enter. But we finally succeeded, and we have had the help of public institutions to make a shoot with the highest possible quality.

Anyone who sees the film will be able to see the experience the priests went through when they entered jail 50 years later and relived in situ all the mistreatment they suffered in their youth for condemning the repression of Franco will not leave anyone cold.

What future do you wish for “Apaiz kartzela” beyond the Film and Human Rights Festival?

Our intention is that it makes its journey through festivals, and then, on the one hand, we want to release it in cinemas, and on the other, that it make its circuit town by town, to be able to give voice to the protagonists in addition to seeing the film.