Skip to content
Home News Intentionally or not, Novak Djokovic has given anti-vaxxers what they want 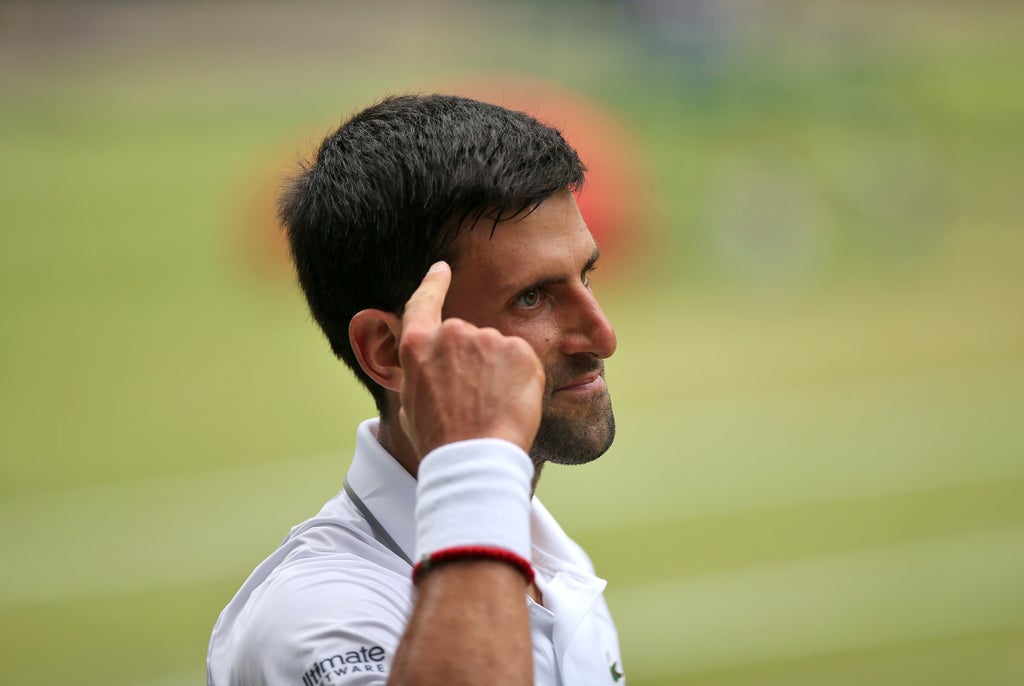 I listened to Amol Raman’s global scoop interview with Novak Djokovic, and I wondered two things. First, out of curiosity, why Rajan and the BBC had clinched this genuine exclusive, and not Nigel Farage and GB News.

As far as I can tell, Farage recently traveled to Belgrade, to offer support to the Djokovic family like some sort of troublemaking version of an international peace envoy. He even interviewed Djokovic – that’s Novak’s uncle Goran, by the way. And yet for all the former UKIP leader’s self-interested, performative efforts, Novak turned to the BBC rather than cranky GB News to rebut the idea that he’s an anti-vaxxer. Unfathomable.

Second, I had to admire Djokovic’s guile. He and his PR crew know that for a proportion of his fan base, and for the sake of his wider reputation, being perceived to be against something that has saved millions of lives worldwide is “not a good look” , as they say. So, he’s trying to have it both ways, justifying his actions on libertarian grounds – and it’s a bit unconvincing.

He says he doesn’t mind what other people do with their own bodies, but that, of course, is only part of the rationale for a vaccine – self-protection. Vaccines only work if there is herd immunity, which means that, to a certain extent, people are taking the vaccines for those around them, and the wider community as well. If enough people take the vaccine, then the virus finds it more difficult to transmit and mutate. Eventually it might die out, as with smallpox – though that opportunity might now be lost with Covid.

Vaccines may also reduce (albeit not eliminate) the risk of individuals giving Covid to loved ones, which matters. If you don’t get infected in the first place thanks to a vaccine, you can’t spread it.

It’s not enough to say that it’s up to individuals – there are consequences for others too, as with, say, secondary smoking of cigarette smoke. It’s where the libertarian argument stumbles and misses the ball. What Djokovic should be doing is encouraging people to take the vaccine, for the sake of a greater good. Merely saying it’s up to individuals isn’t enough.

As for Djokovic himself, he claims his own reason for taking it is that he is an elite athlete and must be careful about what he puts in his body. Well, that goes for us all, doesn’t it? Some of us aren’t going to win Wimbledon this year (and neither is he at this rate), but we need to be able to get down to shops, or take the dog for a walk, and if the Covid vaccine is too dangerous for Djokovic, why isn’t it too dangerous for the rest of us? For adults, certainly, it’s always safer than getting Covid.

Worse still, Djokovic has, inadvertently or not, given substance to the awful myth going around social media that suddenly young footballers and sportspeople have been struck down by heart failure as a result of taking the vaccine. Djokovic does n’t refer to this nonsense directly, but he adds his voice from him, implicitly, to the notion that if you have to take some care about your personal health, as he does, you’d be more reluctant to take this vaccine.

His disingenuous pleads that he happily takes other vaccines actually just makes matters worse. It does rather leave the question hanging in the air – what’s wrong with this one, then?

I’ve got nothing against Novak Djokovic, and for what it’s worth, I defended him when he was attacked for entering Australia. His enemies of him did not seem willing to see that he might have had a genuine medical exemption, ie prior infection, for not being vaccinated. He wasn’t getting a fair hearing from the Australian government, and he was eventually deported. I try to be fair, even though his reluctance to take the vaccine remains inexplicable to me.

It’s fair enough, in its way, if he doesn’t want to explain further and take on the scientists who’d beat him six love – but he is wrong. No one has to take the vaccine, but they must take the consequences for refusing to do so – which he says he is prepared to do by missing out on tournaments, though you’d guess he must be hoping the organizers will bow to the pressure he’s exerting. Whether he is against Covid mandates is another issue here.

Now, though, in breaking his silence, Djokovic is sadly giving the anti-vaxxers just what they want – tacit backing from a high-profile, glamorous, sports hero, an attractive personality, and one of the greatest athletes of his generation. The rule should stay though – no jab, no entry.