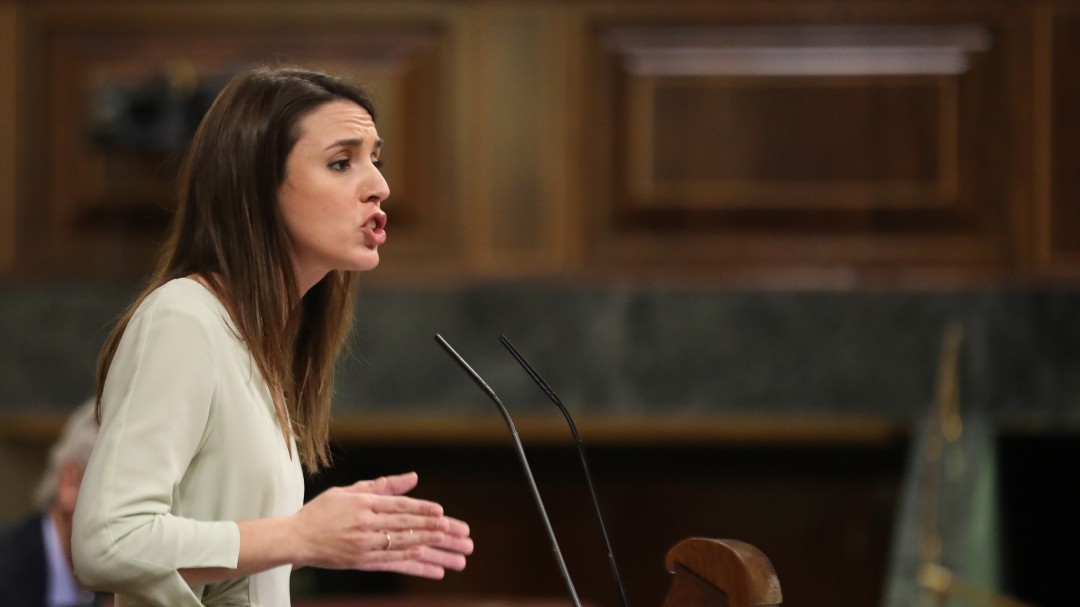 Approving the Trans Law in the second round of the Council of Ministers, reforming the text on abortion and promoting a norm against trafficking, are the main duties of the Ministry of Equality for the year 2022, according to the calendar that Irene Montero’s team has been announcing throughout this year.

In this sense, the work that is most advanced in that of the Trans Law which, after being approved by the Government last June, is in the reporting phase. Equality, as the minister has pointed out on several occasions, hopes that the text will have the ‘green light’ from the Government in the first quarter of 2022, and then go on to be processed in Parliament. This is a rule that was the reason for one of the main points of disagreement between the two parties that support the coalition government, PSOE and Podemos, as a consequence of the inclusion in the text of gender self-determination.

This measure eliminates the current requirement for a medical diagnosis – of gender dysphoria – and hormonal treatment for at least two years so that a person can change their identity and gender on the DNI. It is about a historical claim of the group for the “depathologization” of the same.

The then First Vice President of the Government, Carmen Calvo, took the lead in the fight against this measure, which, in her opinion, entails “legal uncertainty.” “The idea of ​​thinking that the genre is chosen without more than mere will worries me,” Calvo declared in a radio interview. Ten days later Calvo was removed from the Executive.

Even so, the negotiations carried out before the approval of the draft in the Council of Ministers left a text that does include self-determination through a double verification process that cannot last more than four months. In addition, no mention is made of gender, but of the sex of the person.

State Federation of Gays, Lesbians, Transsexuals and Bisexuals (FELGTB), Fundación Triángulo, ‘Chrysallis’ or Federación Plataforma Trans, recognize that there are deficiencies in the norm, mainly in relation to the gender self-determination of minors – the text speaks only of those between 14 and 18 years old–; on the recognition of non-binary persons; or in the matter of trans migrants.

In recent months, these entities have demanded that these measures be included in the law during the proceedings in Parliament and have asked both the parties in the Government, as well as the opposition groups, to reach an agreement so that So be it.

On the other hand, a sector of the feminist movement is against the law, warning that it “dismantles many of the conquests” of women “in the last decades”. Thus, they denounce that the Trans Law disrupts the content of the Law against Gender Violence because it introduces problems that negatively affect the rights of women victims of this scourge.

This debate over self-determination has led to a split in the feminist movement. In fact, the so-called ‘transexclusive’ sector has manifested itself, both in 8M and 25N, amid shouts of resignation for the Minister of Equality, due to the promotion of this Trans Law.

A public debate has also been opened, in this case with the health sector, with the intention of Equality to reform the Abortion Law. The department of Montero, as they have explained, wants to “guarantee the right” to this practice and avoid figures such as that “87.1%” of these interventions “were carried out in out-of-hospital settings”, of which “79% were in private centers “.

These are Health reports -from 2019- which also indicate that there are eight provinces in Spain in which there have been no voluntary interruptions of pregnancy in 30 years.

Among the measures proposed by Equality for better access to the Voluntary Interruption of Pregnancy for women is the creation of a registry of objectors in public centers. A measure that, as explained by the Ministry, has been decided taking as a reference the Euthanasia Law approved in March of this year.

Montero’s team wants to take advantage of this reform, also, to include obstetric violence in this norm or the creation of instruments that allow a greater speed in the realization of the Strategy for Attention to Normal Delivery in care protocols, from a gender perspective and that promote the autonomy of women and respectful childbirth.

Another challenge that Equality has for next year is the drafting of a Trafficking Law, which Montero has already announced that it will incorporate a specific plan against sexual exploitation with measures for social and labor insertion for female victims, charged to European funds.

The main obstacle to this initiative will be the Government in Congress, where it will have to seek the support of the PP to move it forward, since parties such as ERC, Junts or PDeCAT, and even En Comú, partner of the Podemos parliamentary group, are supporters of the legalization of this practice. The President of the Government himself, Pedro Sánchez, promised in the party’s 40th federal congress that prostitution would be abolished. For his part, Montero has focused his proposals on “attacking the pimp industry” as a means of ending the demand for prostitution.