Prince Harry jokes with army instructor ahead of Invictus games

Prince Harry and Meghan Markle’s face-to-face meeting with the Queen and Prince Charles at Windsor Castle appears to have been shrouded in secrecy.

The couple jetted into the UK from California earlier this week and managed to stay largely under the radar as they held the surprise olive branch meetings.

In fact, news of the top-secret meeting between the royals did not emerge until after Harry and Meghan had left the UK – probably for The Hague, where they will attend the Invictus Games today and tomorrow.

But where are they believed to have stayed during their time in the UK, who did they see while in Windsor and what might they have discussed with the Queen? Here we take a look…

Arriving in the UK

Despite Harry and Meghan’s meeting with the Queen and Charles coming yesterday, it is reported that they actually arrived in the UK on Wednesday.

According to the Daily Mail, they are believed to have arrived “incognito” at Windsor on Wednesday, but it is not known if they flew in on a commercial or private plane.

The couple traveled to the UK from their home in California alone – and did not have their children Archie and Lilibet with them.

With the couple needing somewhere to stay the night on Wednesday, it is thought that they stayed over at their former UK home Frogmore Cottage.

The couple lived in the cottage, on the Windsor estate, for just several months, before they made the decision to quit the UK and leave their role as senior working royals.

The property is now being used by Harry’s cousin Princess Eugenie and her family, so could it be that Harry and Meghan had to make do with the cottage’s guest room?

Harry and Meghan seemingly managed to travel to the UK and make it to Frogmore Cottage without much of a fuss.

However, it has been reported that there were sightings of the couple walking around the Windsor estate.

Members of the public were in the grounds of the state for the traditional Royal Maundy Thursday ceremony, and Harry and Meghan are said to have smiled and waved at the stunned onlookers.

One onlooker told the Sun: “I couldn’t believe it when I saw who it was. We waved and they waved back.

“It was quite the sight. We knew we might see Charles and the Duchess of Cornwall at the ceremony but never believed we would bump into Harry and Meghan.”

Harry and Meghan with the Queen, who they met with yesterday
(

After spending the night at Frogmore Cottage, Harry and Meghan are said to have made the short walk to Windsor Castle for their secret meeting with the Queen and Charles.

The Queen is in residence at Windsor, while Charles was also there with his wife Camilla as they were at the traditional Royal Maundy Service at St George’s Chapel.

Harry had not seen his grandmother or his father since the funeral of Prince Philip – almost exactly a year ago.

Meanwhile, it will have been the first time Meghan has come face-to-face with the monarch and the heir to the throne in over two years.

Meghan with the Queen on an engagement in 2018
(

Royal expert Robert Jobson told the Mirror: “The Queen, who stripped Harry of his royal and military associations when he decided to walk away from being a full-time royal and base his family in the US, has always said the Sussexes will always be ‘much-loved family members.’

“She and Charles – by taking this first step – have shown they are good as their word. The next step hopefully will be them bringing their children, Archie and Lilibet to see the Queen, perhaps for the Jubilee celebrations.”

“Nobody can truly know what was said, apart from those in the room. There were no aides present.

“But what is clear is that if a new trust – or truce – is to be established and to hold, these private chats much remain just that, and not be blurred by one of Meg’s anchor friends on a US network or discussed on the forthcoming fly-on-the-wall Netflix documentary.

Not Prince William and Kate Middleton

Although the meeting saw Harry and Meghan come face-to-face with the Queen and Charles – one person not at the meeting was Harry’s older brother Prince William nor was his wife the Duchess of Cambridge.

There has been much made of the rift between the two brothers with their frosty relationship reportedly sparked by William’s concerns about Harry’s fast-developing relationship with Meghan ahead of their royal wedding in 2018.

The tense row quickly boiled over – with Harry claiming his brother was “trapped” within the royal system during the bombshell interview with Oprah Winfrey after quitting as a senior royal.

Following the short meeting with the Queen, Harry and Meghan are said to have immediately left Windsor – at some point yesterday afternoon.

It is thought that by the time news emerged from the meeting, they had already left the UK, believed to be headed for The Hague, where the Invictus Games are about to start.

Later today, they will both be at Invictus Games events – the first a reception for Invictus friends and family and the second another reception for dignitaries hosted by the City of The Hague and Dutch Ministry of Defence.

Tomorrow they will both be at the opening ceremony and Meghan is expected to stay in The Hague for the first few days of the Games.

Harry will be there for the duration of the tournament and will also attend the closing ceremony next Friday.

See also  Poland puts its MiG-29 fighters at the disposal of the US. 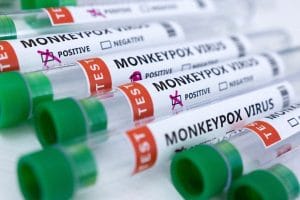 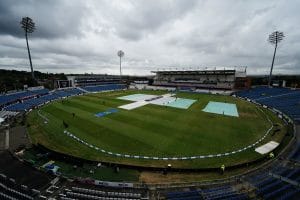 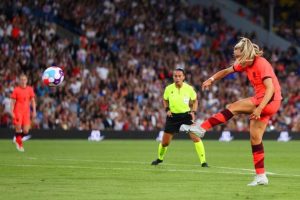 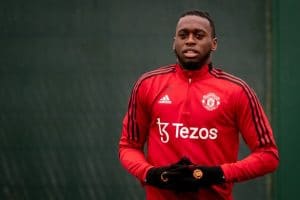