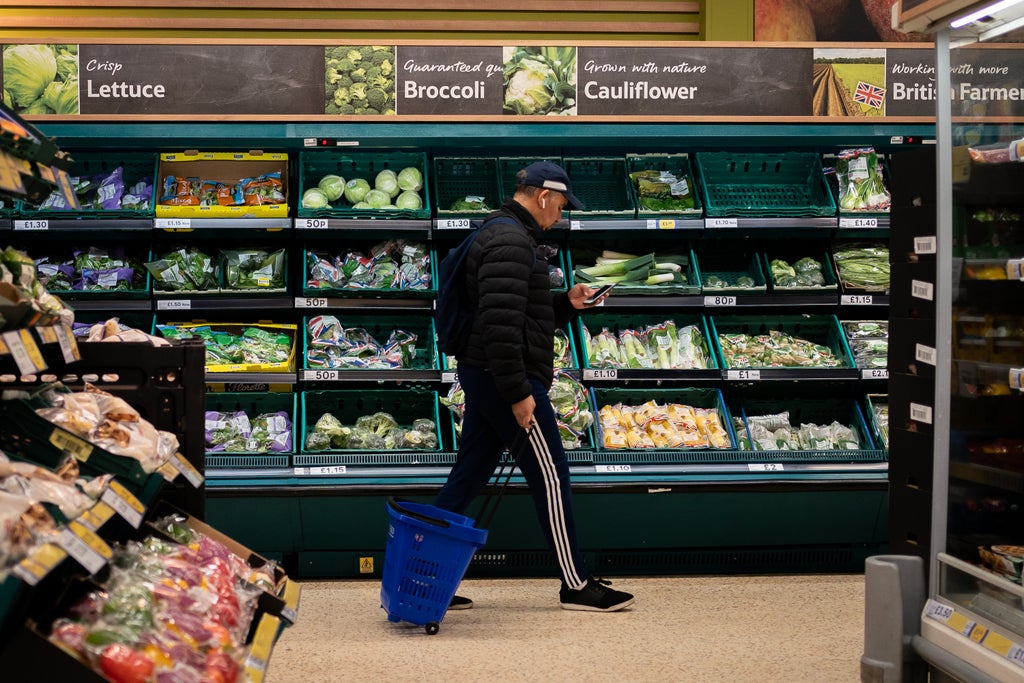 Rising prices across the board sent UK inflation soaring to a new 30-year high in February as the cost-of-living crisis intensified, according to official figures.

The Office for National Statistics (ONS) said Consumer Prices Index (CPI) inflation rose to 6.2% in February, up from 5.5% in January and again reaching the highest level since March 1992, when it stood at 7.1%.

The rise was higher than expected and comes after prices lifted across food, clothing and footwear and a range of products and services.

The ONS said inflation rose across 10 out of the 12 categories that feed into the index, with only communication and education not seeing increases.

Experts have warned that prices will rise further still as the Ukraine conflict pushes up already sky-high inflation, adding to painful price rises for energy, fuel, commodities and food.

The energy price cap rise, the planned reversal of the hospitality VAT cut and increase in National Insurance contributions are set to deepen the crisis facing UK households.

The Bank of England last week raised interest rates for the third time since mid-December, to 0.75% from 0.5%, and warned inflation will now peak at around 8% in April – and could hit double-digits if wholesale energy prices continue to soar amid the Ukraine war.

In April, Ofgem will hike the energy price cap by 54% and given the impact of Ukraine on gas prices, a further increase is expected in October, possibly by as much as another 50%.

Grant Fitzner, chief economist at the ONS, said: “Inflation rose steeply in February as prices increased for a wide range of goods and services, for products as diverse as food to toys and games.

“Clothing and footwear saw a return to traditional February price rises after last year’s falls when many shops were closed.

“Furniture and flooring also contributed to the rise in inflation as prices started to recover following new year sales.”

February’s inflation data showed the increase in inflation was led by higher prices of food, clothing, and furniture and household equipment, with Covid lockdowns a year earlier dampening 2021 price rises.

Food and non-alcoholic drinks saw inflation hit 5.1% – its highest level since September 2011 – while there was a record rise across clothing and footwear.

Some of the biggest price rises in recent months have been seen at the fuel pumps, with the ONS revealing that average petroleum prices hit a fresh record of 147.6pa liter in February, compared with 120.2pa liter a year earlier.

The data also showed that the Retail Prices Index (RPI) measure of inflation remained at its highest level since March 1991 – hitting 8.2%, up from 7.8% in January.

CPIH, which includes owner-occupiers’ housing costs and is the ONS’s preferred measure of inflation, was 5.5% in February compared with 4.9% in January.

Samuel Tombs at Pantheon Macroeconomics said the Bank of England will likely raise rates to 1% in May to try and rein in rampant inflation.

But he said the economic recovery is “likely to slow sharply as households feel the pinch” later this year.

“Further rate hikes would increase the risk of a recession and the chances that CPI inflation would ultimately significantly undershoot the 2% target in the medium term,” he said.