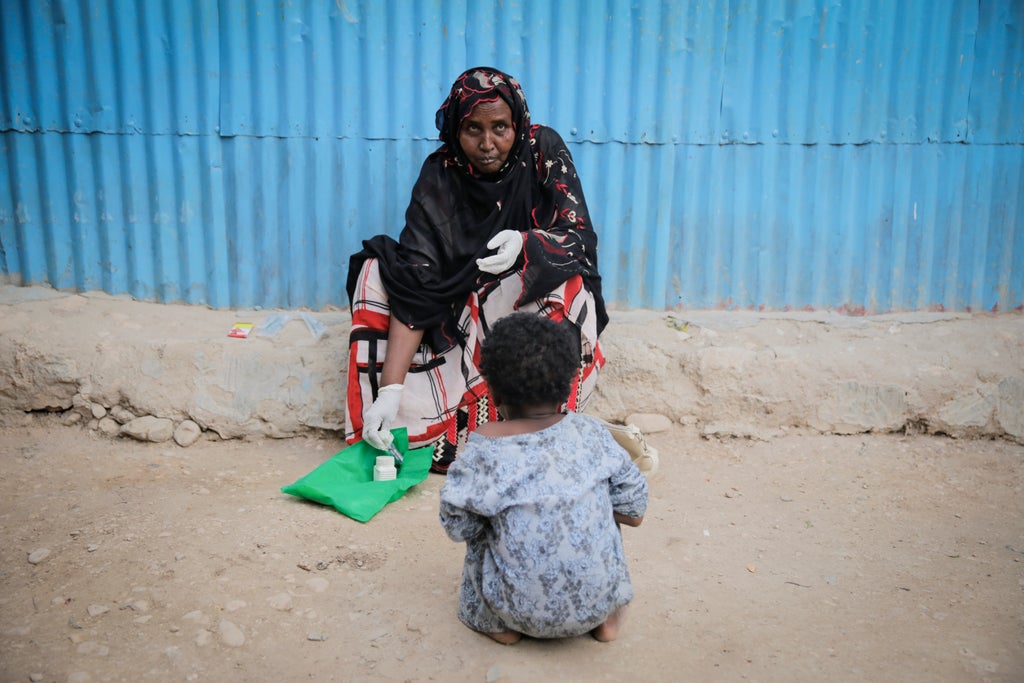 Safia Ibrahim’s business was in trouble. COVID-19 had taken hold in Somaliland, in the Horn of Africa. The 50-year-old widow with 10 children to support set out door to door on the capital’s outskirts, a razor at hand, taking advantage of the lockdown to seek work with a question: Have your daughters been cut?

Her business is female circumcision, learned at the age of 15, performed hundreds of times and now being passed along to her daughters. She congratulates young girls upon completing the procedure: “Pray for me, I’ve made you a woman now.”

She believes her work keeps girls pure for marriage, even though she now knows there’s no medical or even religious reason for the removal of external genitalia, which can cause excessive bleeding, problems with childbirth, infections and even death. But it remains legal in Somaliland, so Ibrahim will continue until authorities tell her to stop.

Her story echoes through Muslim and other communities in a broad strip across Africa south of the Sahara. In many places, COVID-19 brought stark challenges to efforts by health workers and activists to stop what they call female genital mutilation.

This story is part of a yearlong series on how the pandemic is impacting women in Africa, most acutely in the least developed countries. The Associated Press series is funded by the European Journalism Center’s European Development Journalism Grants program, which is supported by the Bill & Melinda Gates Foundation. The AP is responsible for all content.

Experts say instances of FGM rose alarmingly during the pandemic in Somaliland and other parts of Africa as lockdowns kept girls out of school, making them vulnerable to “cutters” like Ibrahim, and economic pressures led impoverished parents to give their daughters in marriage, for which FGM often remains a cultural expectation.

Early in the pandemic, the UN Population Fund warned that disruptions to prevention programs could lead to 2 million cases of FGM over the next decade that might otherwise have been averted.

In Somaliland, an arid region that separated from Somalia three decades ago and seeks recognition as an independent country, community assessments by government workers and aid groups found that FGM rose during the six-month pandemic lockdown. Advocacy groups say they’ve also seen increases in Kenya, Tanzania, Sudan and Somalia.

Sadia Allin, Somalia director for the Plan International nongovernmental organization, said she was alarmed when an FGM practitioner came asking about her daughters in Somaliland’s capital, Hargeisa.

“She said, ‘I want to cut them,’ and that was the shock of my life,” Allin said. “I did not expect that something like that can happen in this age and time, because of the awareness and the work that we have been doing.”

She said their survey found that 61% of residents of Hargeisa and Somaliland’s second-largest city, Burao, believed FGM was increasing under the lockdown.

FGM often is still performed in homes. Ibrahim demonstrated the procedure in her courtyard. Using the palm of a female translator’s hand to stand as a girl’s genital area, she held a syringe just above the skin and pretended to inject anesthetic — a relatively new addition to her routine de ella.

With a razor blade, she swiped at where the girl’s clitoris would be. Further slashes and the labia were gone. Finally, with needles and thread, she pretended to sew up the girl’s opening de ella, leaving a small hole for urine and the menstrual blood that would begin in the years to come.

Somaliland, population over 3 million, already had the highest rate of FGM in the world before the pandemic, according to the UN children’s agency, with 98% of girls undergoing it between ages 5 and 11. The majority undergo the most severe kind, being sewn up until marriage.

In Somaliland, COVID-19 hit as activists and officials said they were gaining momentum in securing an anti-FGM policy, a Cabinet-supported government position. They call it a crucial step toward a law barring FGM.

Somaliland’s president, Muse Bihi Abdi, has said he wants to make the practice illegal. But religious authorities have pushed back.

Tensions were clear Feb. 6, when government and civil society leaders gathered to mark the UN-sponsored International Day of Zero Tolerance for FGM.

Former first lady Edna Adan Ismail — the first person in Somaliland to speak out publicly against FGM, almost five decades ago — spoke in favor of banning the practice entirely. The government’s religious affairs minister, Abdirizak Hussein Ali Albani, wouldn’t go so far. He has acknowledged that the most severe type of FGM can damage a girl’s reproductive organs but said the least severe type that nicks at the clitoris should remain optional.

Increasingly, women and some men in Somaliland’s younger, more educated generation are countering such religious and cultural beliefs. Some are health workers who’ve seen FGM’s complications—girls who bleed to death and women who struggle to deliver children.

One nurse, 23-year-old Hana Ismail, was moved to write a poem about it. At the zero-tolerance event, she recited it: “I have a mark that can never be erased,” she began, later describing how a knife had to be used to make way for childbirth.

Somaliland’s existence as an unrecognized state has complicated its pandemic response. But now that vaccines have begun to arrive, the minister for social affairs hopes an anti-FGM law is in the near future. Another challenge presents itself, however, one unique in Africa: Every Somaliland lawmaker is a man.

Former first lady Ismail was blunt about the fight that remains.

“At the end of the day there’s some imam who says, ‘Oh, this is wrong.’ Those few words wipe out all the efforts.”

But she’s no longer alone as a reformer. Other women now question the roles society expects them to play.

At the only sports center strictly for women in Somaliland, founder Amoun Aden Ismail speaks openly against FGM. At first, members there laughed. “But I told them it’s just part of life. You have to love your body, protect it.”

Member Muhubo Ibrahim recalled, “The day my mother did it to me, I said, ‘I won’t forgive you, forever.”

Later her mother confided, “I believe now I made a mistake.” She has since encouraged Ibrahim to do what she likes with her own daughters when the time comes.