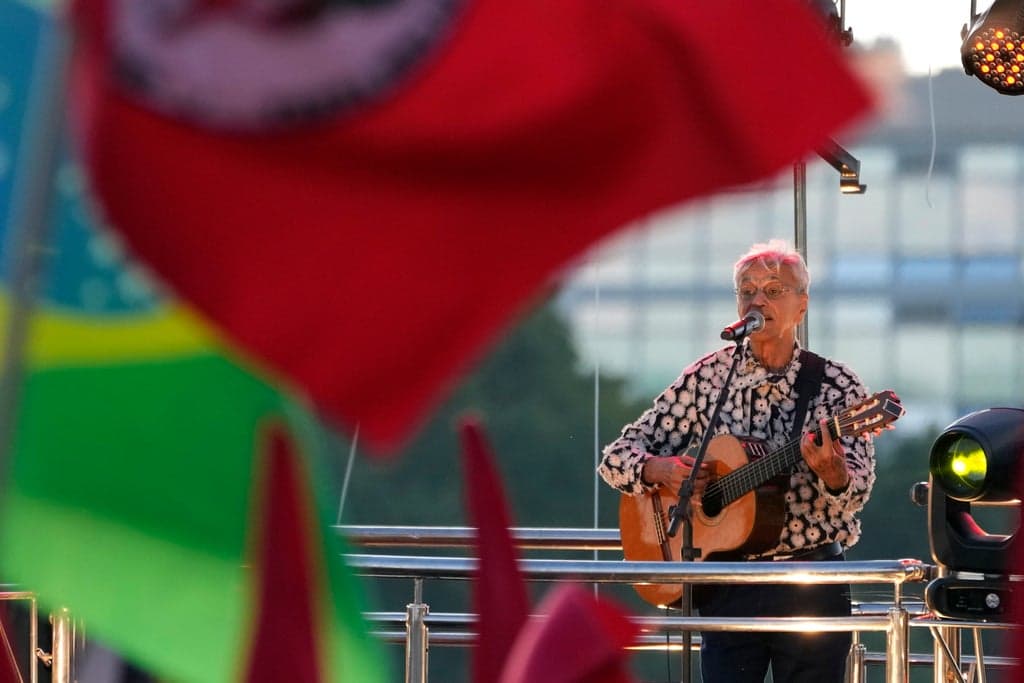 Thousands of Brazilians gathered outside Congress on Wednesday to protest a set of bills they say threaten the Amazon rainforest by encouraging deforestation and industrial activity on protected Indigenous lands.

The event, led by star Brazilian musician Caetano Veloso, brought together other marquee artists as well as more than 200 non-profits groups. Meantime, inside Congress’ lower house, lawmakers began debating a proposal that aims to allow mining on Indigenous territory.

But later, Speaker Arthur Lira, a staunch supporter of President Jair Bolsonaro, frustrated the intentions of the far-right leader by announcing that leaders of the different parties had agreed the legislation should first be analyzed by a task force. He said a vote would not be held before the second week of April.

The bill has languished in Congress since Bolsonaro presented it in 2020. But war in Ukraine has threatened crucial supply of fertilizer from Russia to Brazil’s vast farmlands, and spurred Bolsonaro’s administration to push for an emergency vote.

The measure has broad support among Bolsonaro’s allies and the powerful farm lobby in Congress. If approved, it would advance to the Senate.

“We are not going to accept (the extraction of) potassium on Indigenous lands, to pay the bill of those who are killing themselves. Enough Indigenous blood!” Sônia Guajajara, a tribe member and executive coordinator of the Association of the Indigenous Peoples of Brazil, told the crowd.

Throughout the afternoon, environmental and political activists as well as Indigenous leaders took the stage to speak against the bills, which they called “the package of destruction.” Brazilian artists such as Seu Jorge and rapper Emicida were also expected to perform ahead of Veloso.

“There is not even an attempt to hide their strategy,” Vargas said. “From the beginning, the Bolsonaro government has made clear its anti-environmentalist agenda.”

Other bills that activists and artists denounced would loosen environmental restrictions on infrastructure projects on protected lands, regularize the illegal occupation of public land through invasion and deforestation, and potentially strip Indigenous reserves of their protected status.

Another proposal would ease restrictions on the use of certain pesticides across Latin America’s largest nation, sidelining government bodies in charge of evaluating environment and health effects from the licensing process, according to a statement from the event’s organizers.

In a hearing before Senate President Rodrigo Pacheco, Veloso reminded lawmakers of recent environmental disasters that some experts have attributed to climate change — landslides in Rio de Janeiro state that killed more than 200 people and floods in the states of Bahia and Minas Gerais.

“None of these are images of the distant future, Mr. President. It’s happening now,” Veloso said. “The Senate has the power and responsibility to prevent irreversible legislative changes that, by giving in to special interests, impose an immense toll on society and jeopardize the country’s future.”