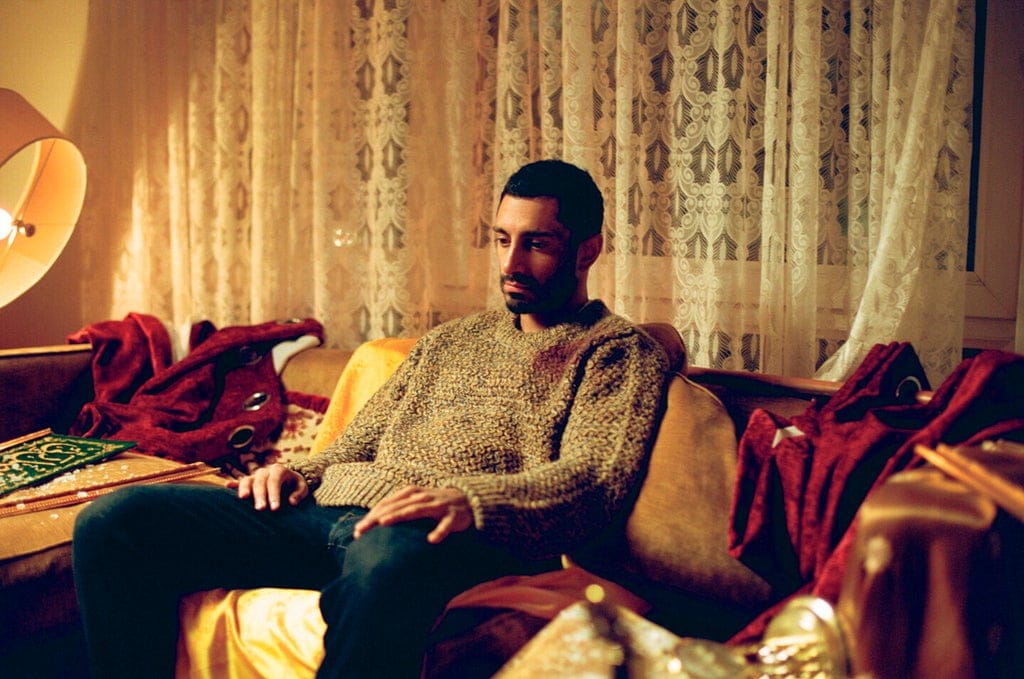 Of all the Oscar nominees, you would be hard pressed to find a more powerful film than “The Long Goodbye.” It’s blisteringly visceral, harrowingly violent and desperately urgent — all in under 12 minutes.

“The Long Goodbye,” directed by Aneil Karia, starring Riz Ahmed and written by both, is nominated for best live-action short, and it stands a good chance to win at Sunday’s Academy Awards. The film is initially naturalistic, immersed in the pre-wedding preparations of a South Asian family in suburban England. The concerns are family. Where a chair should go. Who wrote “Blinded by the Light.”

But Ahmed’s character spies out the window unmarked vans of masked white militants arriving outside. Daily life is violently interrupted. They soon begin rounding up people and executing the men. The nightmarish scene culminates in a furious monologue performed while staggering down the street by Ahmed, quoting from his song “Where You From” — a passionate testimony of cross-cultural identity.

“Now everyone everywhere wants their country back,” Ahmed says into the camera. “If you want me back to where I’m from then, bruv, I need a map.”

To Ahmed, “The Long Goodbye,” which is streaming on YouTube, channels his own fears while drawing from current clashes for immigrants and migrants against rising swells of racism draped in nationalism.

“In post-Brexit Britain, we were feeling this rising drumbeat of xenophobia all around. And it starting to feel a little bit deafening. You get to the point where you’ve got to grab someone and say, ‘Do you hear this? Are you feeling this? Am I having a panic attack?’” Ahmed said in a recent interview from London. “Aneil and I wanted to urgently tell a story about this, to spill our feelings, to unearth our nightmares and put them out into the world.”

The scenes that play out in “The Long Goodbye” appear more like those that might occur in more remote global corners. But to Ahmed, the film reflects both the day-to-day emotional reality of diverse peoples in increasingly divisive Western democracies, and the on-the-ground actuality in other places.

“The Long Goodbye” isn’t the only Oscar nominee to wrestle with these issues — or the only one Ahmed is connected with. Ahmed is also an executive producer on “Flee,” the animated documentary about an Afghanistan migrant’s twisting path to a new life in Denmark and, ultimately, to self-acceptance. “Flee” is the first movie ever nominated for best documentary, best animated film and best foreign language film.

Ahmed made history last year as the first Muslim nominated for lead actor, for “The Sound of Metal,” in which he played a drummer losing his hearing. This year, the short categories are among the eight awards that will be handed out an hour before the telecast begins. While the academy has pledged to honor each winner during the broadcast, the decision has been heavily criticized by some in the industry. Ahmed says regardless of whether he had a film nominated in one of the eight categories, he wishes they were presented live during the telecast.

“The (Oscar) community is about recognizing the elders and also uplifting the newcomers,” says Ahmed. “So often the shorts category is where the new talent cuts their teeth. Aneil Karia is a name that will ring out for years to come.”

The 39-year-old Ahmed, who was born in Wembley outside London to Pakistani parents, has often rapped about his complex feelings around identity and about making his way “in this business of Britishness.” “Maybe I’m from everywhere and nowhere,” he raps in “Where You From.”

Ahmed has worked with USC Annenberg Inclusion Initiative researchers to highlight how Muslims are often marginalized or stereotyped in film and television. Out of 8,965 speaking characters identified across 200 top-grossing films released between 2017 and 2019, just 1.6% were Muslim, but 30% were perpetuators of violence.

Though its second half turns abruptly violent, the floating family scenes early in “The Long Goodbye” are enough to constitute something rarely captured in mainstream film — a Muslim family simply existing. While Ahmed grants “The Long Goodbye” and “Flee” are very tied to the current moment, he also sees them as reflecting an eternal struggle — one that can also be heard in the Lin-Manuel Miranda-penned “Dos Oruguitas,” the “Encanto” ballad and immigration stopable up for best song at the Oscars.

“Stories about refugees, stories about intolerance, films like ‘The Long Goodbye,’ films like ‘Flee,’ are confronting us with questions that on some level, no matter who we are, are always asking ourselves,” says Ahmed. “That’s why I think these are timeless stories. You look at the Aeneid. Aeneas is kicked out of Troy. It’s ransacked and he’s a refugee.

“He went on to found Rome, by the way. Not bad for a refugee,” adds Ahmed, chuckling. “Maybe up there with Apple and Steve Jobs, a Syrian refugee.”

But if “The Long Goodbye” seems grim, it’s also stirring in its clarion defiance, sounded straight at the camera. In its radical shifts, Karia’s film, itself, breaks free of convention.

“When you tell your story, you’re sharing your experience with someone,” says Ahmed. “You’re putting yourself out there to connect. And when other people connect with that experience, man, that is hope. Hope is connection.”

For more on this year’s Oscars, visit: https://apnews.com/hub/academy-awards