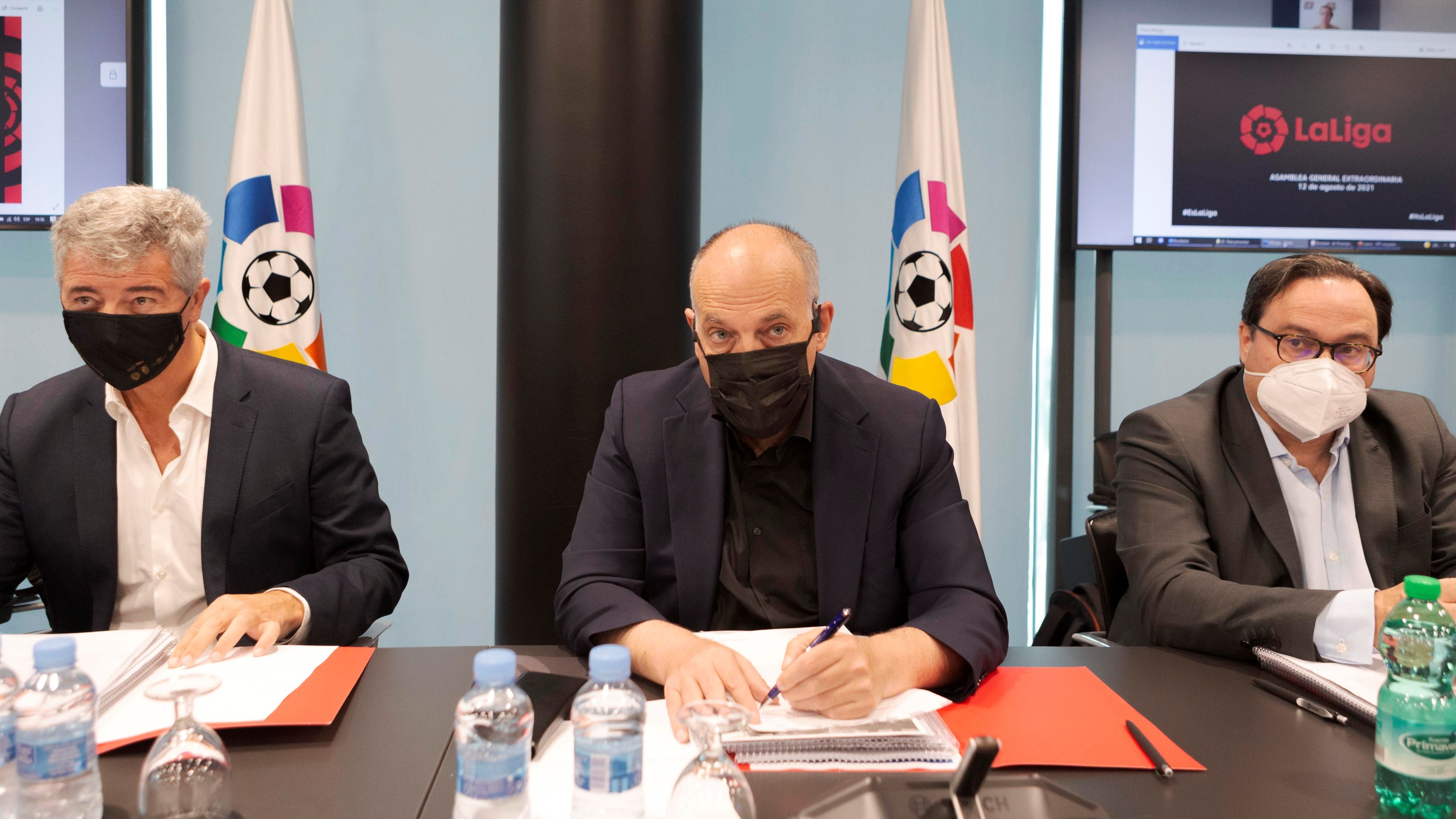 The LaLiga Assembly has approved this Friday the agreement with the CVC fund by which the professional clubs attached to the pact will receive 1,994 million euros in exchange for 8.2% of the employer’s profits (television and technological rights) in the next 50 years. The vote required a reinforced majority of votes (32 out of 42). Real Madrid, Barcelona, ​​Athletic and another entity have voted against; 37 clubs have voted in favor and one has abstained. Madrid, Barça and Athletic had presented a financing offer for the same amount to be repaid in 25 years and at low interest. Ibiza has joined the three voters against, claiming that it is a club that has just arrived in professional football and was not clear about the project. José Ángel Sánchez, general director of Real Madrid, described the agreement as “ruinous” and announced that it will be prosecuted.

The approved plan, called Project Impulse, represents a vital economic injection for the development of the clubs and also to undertake immediate payments. The contract with CVC stipulates that 70% of the total received by each club must be allocated to infrastructure, 15% to debt payments and the other 15% to contracts. The first game of 400 million euros will be available to clubs from January.

The opposition of Real Madrid, Barcelona and Athletic has the Spanish Football Federation as an ally and all have announced that they will take legal measures against the agreement. The differences between the two projects have served as ammunition for the attacks that each of the parties has made on the initiative of the other. The agreement with CVC, in the form of investee accounts, includes the formation of a joint external structure between LaLiga and the fund, which will control payments to the clubs, distributed over four years. The president of LaLiga, Javier Tebas, defends that the Impulse Plan is a strategic agreement aimed at growing LaLiga’s income, while the plan of the three rebel clubs is a mere loan that would further indebt the clubs at such a time as delicate due to the losses caused by the pandemic.

In the documentation that Real Madrid, Barcelona and Athletic sent to the other 39 teams and the CSD, they argue that the agreement with CVC, under the market evolution conditions contained in the Project Impulse dossier, would have a cost for the clubs of 13,124 million euros, while the Sustainable Project includes a cost of 881 million, a difference of 12,243 million.

The federation, for its part, points out that Javier Tebas will benefit from a paid position by presiding over a new body external to LaLiga (the company created jointly with CVC) for at least the next seven years, and that the fund will find juicy benefits to coast of Spanish soccer. In addition, the federative entity ensures that the clubs will cease to receive a percentage of their television rights that greatly exceeds the credit received and that they must also return in full (in addition to losing the right to receive the aforementioned percentage).