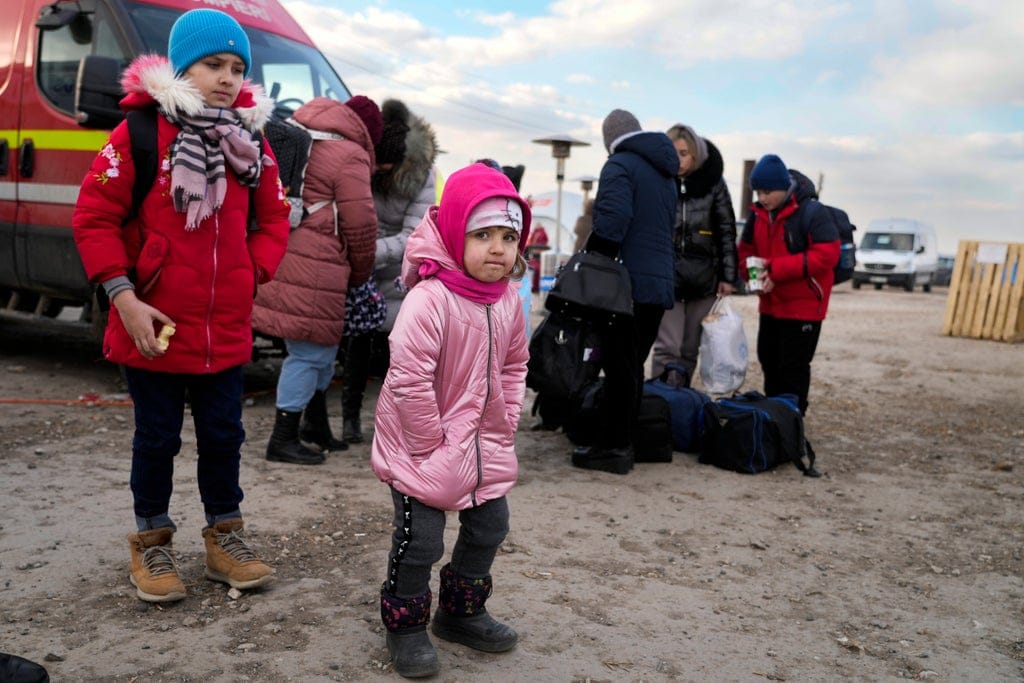 Ministers were warned they risk criminalizing Ukrainian refugees entering the UK as MPs reinstated a series of controversial proposals to flagship immigration legislation.

The Nationality and Borders Bill makes it a criminal offense to knowingly arrive in the UK without permission rather than via a designated scheme or route, with a maximum sentence of four years in prison.

Labor and other opposition MPs warned such a measure could result in Ukrainians being prosecuted if they do not arrive through official schemes and “without the right papers”.

Peers had voted to remove the new offense that punishes those who arrive in the UK without a valid entry clearance, but MPs reinstated the measure by 317 votes to 220 – majority 97.

MPs also voted 318 to 220, majority 98, to reinstate a proposal to treat asylum seekers differently based on how they enter the UK.

The Government has argued the planned differentiation in the treatment of asylum seekers, depending on how they arrived in the country, is aimed at discouraging people from traveling to the UK other than by safe and legal routes, given the continuing problem of English Channel crossings.

Liberal Democrat MP Tim Farron (Westmorland and Lonsdale) said the UK is willing to accept Ukrainians who have relatives in the UK or are sponsored, but asked: “What if somebody from Ukraine just turns up?

Home Office minister Tom Pursglove replied: “There is absolutely no reason why any Ukrainian should be paying an evil people smuggler to come to the United Kingdom to be in safety.

“We have these two generous schemes that I have set out the detail of, which are uncapped and wide in capturing the many and varied circumstances that people gave.

“What I would not want anybody to do — this applies with any group — is to put their life in the hands of those evil criminal gangs who have only one regard, which is to turn a profit, putting those individuals in great danger.

“We have had many debates about the nature and construction of the Ukrainian scheme and I am confident that there is no reason why people should resort to that means of traveling to the United Kingdom. Nobody should encourage Ukrainians, or anybody else for that matter, to make those perilous journeys.”

Shadow home secretary Yvette Cooper, in a statement after the votes, said: “Today, Tory MPs voted to make it a criminal offense for Ukrainian families to arrive in the UK without the right papers with a penalty of up to four years in prison.

“At a time when the British people have made it clear that we need to help Ukrainian refugees, this is deeply shameful.”

The Bill includes clauses to allow the UK to send asylum seekers to a “safe third country” and to submit claims at a “designated place” determined by the secretary of state.

Officials believe the Bill gives the potential for offshore processing centers to be set up overseas, akin to policies used in Australia.

MPs voted 302 to 232, majority 70, to reinstate this measure after it was stripped out by peers.

Bella Sankey, director of Detention Action, said in a statement: “These new laws will effectively segregate refugees by race and nationality. Black and brown people fleeing war and persecution will be the ones predominantly forced into cruel detention camps on remote islands, at an alarming human and financial cost.

“Now the House of Lords must save what they can from the rubble and ensure that the most vulnerable people seeking asylum in the UK, including children and pregnant women, will not be persecuted by this Bill.”

MPs also voted to reinstate proposals to allow the Government to strip people of their British citizenship without notice.

Peers had voted to remove the clause from the Bill, but the Commons voted 318 to 223, majority 95, to disagree with the Lords.

MPs went on to approve Government amendments to reword this section of the Bill in a bid to ease concerns about how the power could be used.

The Commons also voted against a Lords amendment which sought to guarantee the UK takes in at least 10,000 refugees a year.

The division list showed seven Tory MPs rebelled to try to retain this measure but it was rejected by 313 votes to 227, majority 86.

The Bill will return to the Lords for further consideration.