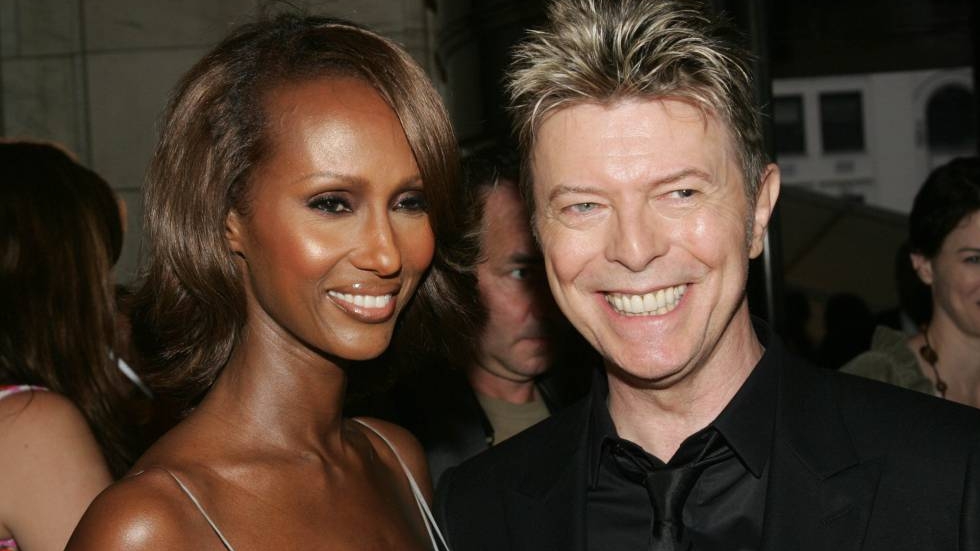 David Bowie and Imam Abdulmajid met on an organized blind date thanks to a mutual friend in Los Angeles. He was a rock genius and hitmaker like Ziggy Stardust and Space OddityWhile she was the best-known supermodel in Somalia, she spoke five languages ​​and her beauty and intelligence dazzled half the world back then. “David said it was love at first sight,” Iman, 66, said in an interview with the magazine. People. “It took me a few months to win him over, but I did.”

The one who was one of the first African supermodels and the British musician married in 1992, after two years of relationship. Eight years later the only daughter they had together was born: Alexandria Zahra Jones, although they both had children from previous couples. It was the second marriage for them, and also the final one. Bowie passed away in January 2016 from cancer, a fact that Iman has not overcome. Five years after his departure, he says that “there are days more difficult than others”, but that not all of his memories are sad. In his own words, the 26 years they shared together keep him going.

When her daughter, Alexandria “Lexi” Jones, now 21, asks her if she’d like to turn the page and meet other men, Iman is clear. “I tell him ‘No, I won’t.’ I still feel like I’m married. A few years ago someone referred to David as my late husband and I said, ‘No, he is not my late husband. He is my husband ”, she has firmly confessed. “I feel their presence, especially when I look at the glorious sunsets at our home. David loves sunsets ”, recalls the supermodel, who is clear that for her Bowie“ is always present ”.

Both culminated their love at the altar in Florence (Italy) on June 6, 1992. They found happiness in New York City, where the musician could “hide in plain sight” in his favorite bookstores and take his daughter Alexandria to home from school. “I knew him as the man, David Jones, by his real name,” said Iman, who already revealed in previous talks that both knew how to differentiate their public figures very well from how they behaved in privacy. “When we were home we were just David and Iman,” she said in an interview with Oprah Winfrey that was published the same year as her husband’s death.

What was a very private love story has now resulted in the first Iman fragrance, Love Memoir, which he claims is a tribute to his “epic romance” with Bowie. The idea to start this project came to him in his country house, located in the mountains of upstate New York. Enjoying this place during her first years of solitude was “eternal and painful”, but she managed to create something that, according to her, “is a monument to eternal love”. However, he could not avoid returning to the city as soon as possible to continue with the work he had left behind. “I ended up very sad, so I ran back,” he revealed. “I thought I had processed [la pérdida], but he hadn’t done it at all. “

Their great love story was set in motion in 1990, after Iman moved to Los Angeles for work. “I never had the intention of going there,” he confessed during the conversation. “It is not even close to one of my favorite places. It is so vast… But personally I think that was my destiny. My destiny called me to be there and to be able to meet David ”, he maintained. After their first date, he recalled that he flew to Paris to get on the catwalk of his friend, the French designer Thierry Mugler. When he got to his hotel room, it was full of gardenias. And when she returned to Los Angeles, he was there to meet her at the airport. “And that’s how it all started,” she concluded, recalling that “he wooed her properly” and that she was attracted by the musician’s kindness. “On one of those dates we were walking down the street, the shoelace came undone and he knelt down to tie it. So I thought I was the one ”, he assured.

Following Bowie’s death at 69, Iman has remained silent except for a few brief appearances on social media. One of the latest news items in which she was involved included that the supermodel would receive half of the musician’s fortune: 50 million dollars (45.3 million euros), in addition to the combined two-penthouse apartment that the two shared in Soho from New York since 1999 and in which the singer died.

Vangelis: Composer who scored Chariots of Fire and Blade Runner