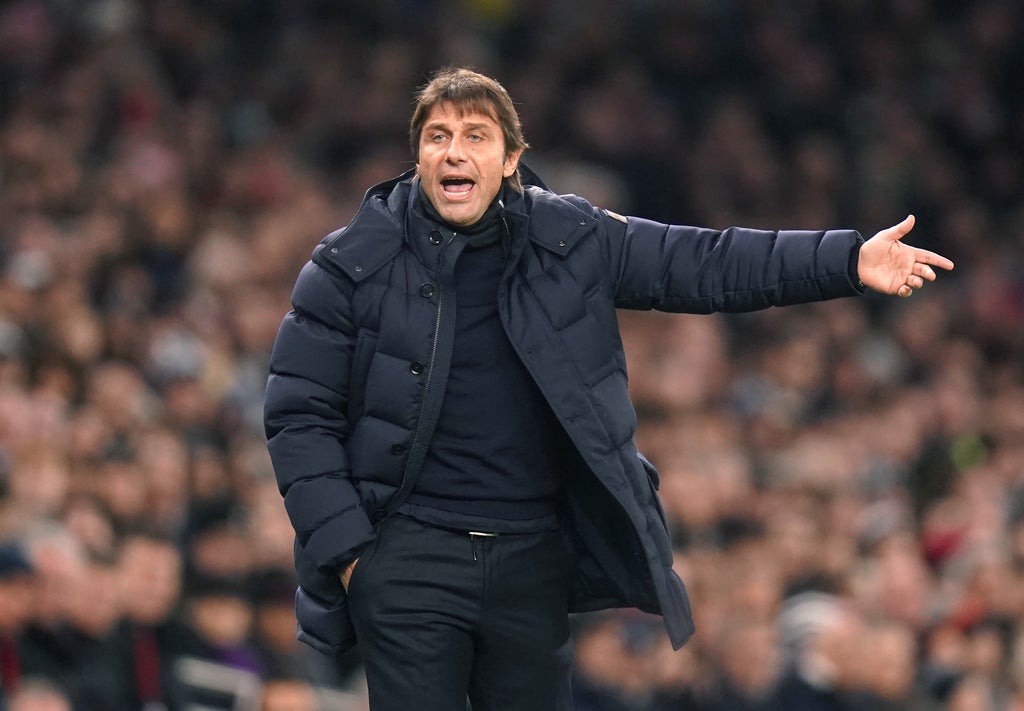 Tottenham head coach Antonio Conte says he could not live without the stress that top-level management brings.

The Italian is known for his passion and emotion, especially on the touchline, which he again showcased during the week when he kicked a set of water bottles in frustration during his side’s 3-2 defeat to Southampton while also arguing with the opposition bench.

Conte feeds off the adrenaline and would not have it any other way, insisting a life relaxing with tea and biscuits is not for him.

“I think our job brings, not just myself but all the coaches, a lot of stress,” said the 52-year-old, who likes to relax with a massage. “To stay at this level you have to manage with stress every day.

“I think this is normal for us and if you don’t want to stress then I think this job is not good for you.

“You have to stay in your house and stay in bed and stay calm eating good tea with biscuits. It’s not my job this. I like to have adrenaline. I find the competition gives me great emotion.

“Our job doesn’t help us, not Tottenham, United, City, Wolves, whoever. This job is not helpful for stress.

“But you live the game to have this type of emotion and I live for this. It is great to stay inside this atmosphere.

“You are happier when you win, less happy when you draw or lose but it is part of the game. But to live this emotion is great for the coach, for players, coaches and people who love football.”

Asked how he alleviates the pressure, he added: “I like to have a massage, a relaxing massage. I like this, especially in my head because the head is the part that I need – and my shoulders – to have more relaxed.

“Because I accumulate the stress especially in my neck and my shoulders. And if I have time, yeah I enjoy a good massage.”

It is a good job Conte loves the stress as he has endured plenty of it since taking over at Spurs in November.

He has already improved them, but has again repeated his message that this is the biggest challenge of his career.

“For sure. It’s a big challenge for me. I know how it is,” he said. “At Chelsea they were 10th but the previous season they won the league. That means you have a good basis to win again quickly.

“At Juventus, well – they are one of the best teams in the league and last decade they have won nine times.

“Also with Inter (they were in good shape). At the moment with Tottenham we are starting in a position more down. For this reason we need more time. You have to build a lot of things. You have to create a good foundation. That’s the difference.

“You need time and patience. It would be stupid for me to make any proclamations in such a short period. We already know now that we have to work.

“Compared to the past when I was at Chelsea, Tottenham is a different team. We have to try to build this team up again to be like Tottenham were at that moment.

“I was surprised. When you arrive at a new club, a new situation, you don’t know what you will find there.

“For sure, I am used to work in a specific way. I don’t care about what happened in the past because I don’t want to compare myself with people.

Conte described Eric Dier’s continued absence with a thig injury as a “big blow”. The centre-half is expected to be fit for next week’s visit to Manchester City.