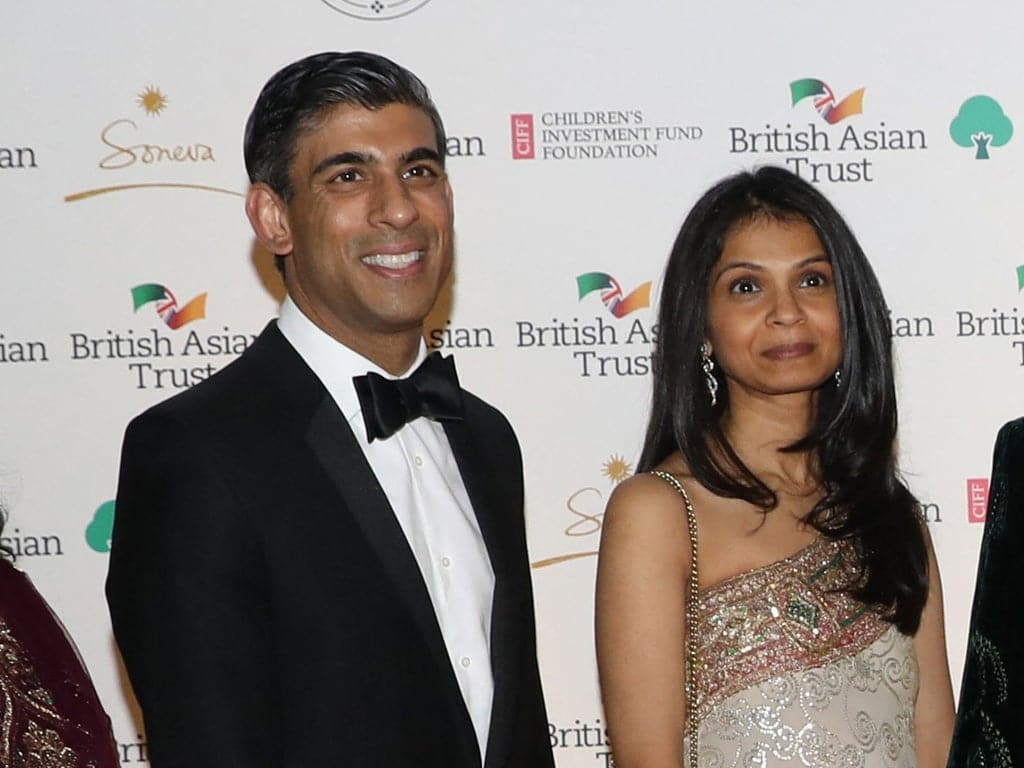 My family are conscripts to political life, they did not choose it. They have been the targets of violent threats, media innuendo and have to live their lives differently to others because of my job. Sometimes this hurts my heart so much that I want to pack it all in. They roll their eyes and tell me not to be so dramatic.

The reality is, it does mean that they have to think about their actions in terms of possible media stories. My children, for example, do not have social media for their own protection. Perhaps this seems like a small sacrifice, but it sets them aside from their peers. Being in politics is far from easy on the family — but that’s the gig I’m afraid.

Rishi Sunak is trying to lean on this ‘tough gig’ issue, but his attempt this week to make out that people are smearing his wife Akshata (by stating facts about her tax affairs) will not wash.

Yes, Ms Murty did not choose political life, but she did choose to be a non-domiciled citizen for tax purposes. It is a choice that her and her husband de ella have tried to make out is the only way she can keep her Indian citizenship. This is utter rubbish — she can be an Indian citizen and live and work here, and pay taxes here on all her income. She chooses not to.

To me, trying to make out that this was anything but a financial decision is nonsense. Even if she did become a British citizen, are you honestly telling me that the daughter of a multi-billionaire Indian citizen would not be able to return to the country of her birth if she chose her?

The chancellor and his children all benefit from this arrangement, and to make out as if attacking her tax status is merely a smear on her and has nothing to do with him is also insulting. If the chancellor all of a sudden thinks that the finances of spouses should not be scrutinized because they are separate entities, can we assume he thinks the same about every single benefit claimant in the country?

Perhaps Rishi will be surprised to hear that his very own government link the payments and earnings of spouses and partners for the purposes of financial assessment. The rule for everyone else surely has to apply to him too. According to Her Majesty’s Government Department of Work and Pensions, your spouse’s financial affairs are to your benefit, and in this case, it seems to me that Rishi is the one who benefits from the non-dom status while his office de ella at the treasury does not.

So if you’re the guy who decides on tax laws and lectures a very strapped population about how the tax rises they are incurring are for the greater good, it’s not a great look if your family has avoided, out of choice, paying for that greater good, albeit without breaking any laws. If Ms Murty’s income is as reported, we are talking about millions and millions being avoided — more money than, for example, the government spent on rape crisis centers for the whole of the UK last year.

This, Mr Sunak, is not the same as my children having to learn to live with seeing death threats about them and their mum. This is more like my husband being caught shouting sexist stuff at women in the street and me, a prominent campaigner against such things, trying to claim that it wasn’t fair to write about it because my husband is a political conscript.

This isn’t merely a puff story about what a wife wears or innuendo about her being the power behind the throne. I would and have in the past defended cabinet spouses who’ve suffered such nonsense. This is a story about how tax laws in our country can be used by the super rich to their gain. I have plenty of Indian citizens living in my constitution, none of whom are non-doms.

When Stanley Johnson was accused by Caroline Nokes of sexual harassment, which he denied, I made a clear public statement that the alleged actions of the prime minister’s father were not to be used to judge him. In this instance, the prime minister was not fair game as the son of the accused. He has done nothing wrong in this regard and the responsibility should lie entirely with the alleged perpetrator. I think our politics would be poorer if people felt that because they had a parent, child or spouse who was in prison, for example, that it would exclude them. I don’t think that the mistakes and pain caused by one’s family should be used to judge a person. We are individuals in charge of our own actions, after all.

But that is not what this is; this is a financial benefit allowed through a broken system that favors the super rich and gives them choices that my constituents — Indian born or otherwise — simply don’t have. If the man in charge of that system, or his spouse of him, benefits from this broken system, then it stinks. That smell is made worse when they take to the airwaves and say this was forced upon them, as if they had no choice.

I call bulls**t. It seems to me they had a choice and they took the one where they paid less tax.

I’ll get out the world’s tiniest violin.