Skip to content
Home News Ilham Aliyev: “We have to collaborate more with the EU and negotiate with the countries that want more of our gas” | International 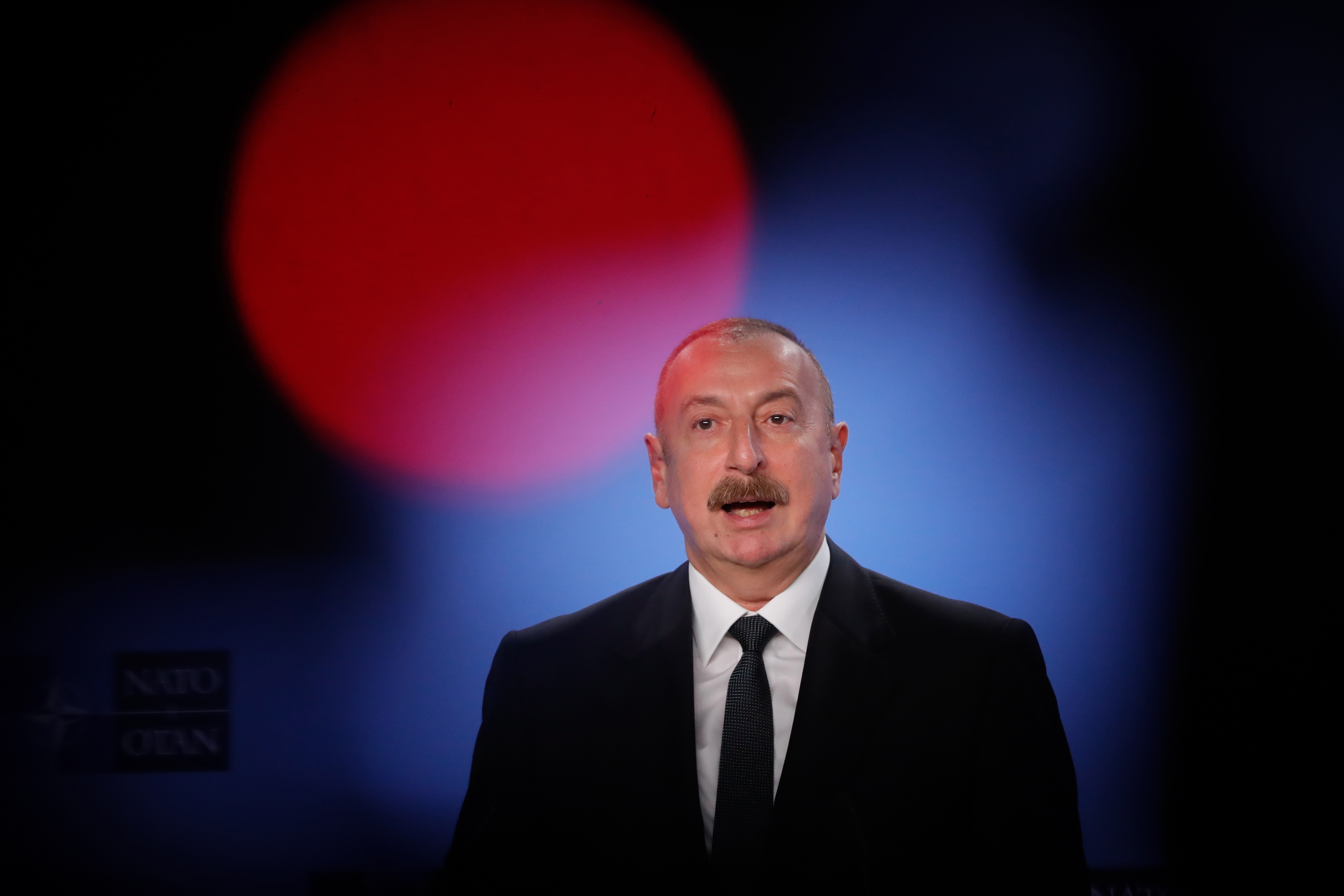 President Ilham Aliyev, who has governed Azerbaijan since 2003, as his father did for a decade, has arrived in Brussels with the intention of claiming himself as the victor of the war that faced Armenia a year ago and as a partner. “reliable” energy from the EU, with the capacity to inject millions of cubic meters of gas into Europe without going through Russia, a suggestive offer in these times of convulsive relations with Moscow, skyrocketing electricity prices and the gas pipeline approval jam Russian Nord Stream 2. Aliyev, with an aquiline profile and a lush mustache, receives EL PAÍS this Tuesday at a luxurious hotel in the community capital, just before holding a meeting with the Prime Minister of Armenia, Nikol Pashinián, to explore the possibilities of peace under the baton of the President of the European Council, Charles Michel. Before the appointment, he demands a negative PCR from the journalist, who proceeds to execute a medical team that travels with him.

Ask. At what point is the situation with Armenia? There were deadly clashes on the border less than a month ago.

Answer. The situation is relatively stable. In the area of ​​responsibility of the Russian peacekeeping forces in the Karabakh area, the situation is more stable than on the border between Armenia and Azerbaijan. Unfortunately, Armenia has not quelled the revenge attempts. Losing the second Karabakh war was very painful for them; absolutely devastating for its ideological bases and for the propaganda that for almost 30 years spoke of an unbeatable army, of the strength and bravery of its soldiers and commanders. During the 44-day war, his Army was totally destroyed.

P. What can we expect from your meeting in Brussels?

R. It is difficult to say because we have to see what the outcome of the meeting will be, which will take place later today. Azerbaijan’s position is open and clear. We want peace. We don’t want war. We have won the war, we are the victors. And this reality must be taken into account. And the Nagorno Karabakh conflict has been resolved. There is no going back to any kind of discussion about the status of Nagorno Karabakh or anything like that. We have solved it ourselves by force and by political means. We apply the resolutions of the UN Security Council unilaterally after 27 years, as they had been adopted.

P. What do you expect from Armenia?

R. Armenia must refrain from any kind of hostile actions, and from making territorial claims. And work on a peace agreement and abide by normal behavior in the 21st century. In any case, we are neighbors and neither of us is going to fly off to another planet. We must learn to live side by side and, little by little, prepare the ground for the normalization of relationships, including contact between people. We have openly said that we are ready for it. But so far, we have not received any positive signals. It seems to me that, in Armenia, the internal situation and the frustration and disappointment, to put it mildly, after losing the war created a kind of psychological trauma in their society due to the exaggerated expectations and the unrealistic assessment of the military and political potential. .

P. What is your analysis of the current gas crisis and how do you think the EU and the region can overcome it?

R. The reason for the current gas price crisis, if I can call it that, I don’t know. Frankly, I’m not interested. We’ve been doing our homework: attracting multi-million dollar investments into the oil and gas sector, and working on one of the major infrastructure projects of the 21st century, the Southern Gas Corridor, which was completed on the last day of last year. Since then, our exports to Europe began. So my assessment is that we have huge deposits of natural gas. We have a shorter transportation route than traditional natural gas supplies to Europe. Our gas is new to the European markets because, as you said, production in the EU and in some European countries, not members of the EU, is declining. And we all know that the demand for natural gas in Europe will grow due to some decisions made by some countries regarding their energy strategy. And here Azerbaijan [se presenta] as a reliable partner, as a friend of Europe, as a country that has already completed all the infrastructure works – imagine, 3,500 kilometers of gas pipeline from Baku to Italy, part of it under the sea. Everything is ready and the gas is coming. All we have to do is work closely with the European Commission and the Member States, with those who want to get more gas from us or with those who want to get new gas from us, and start negotiations.

P. In conversations with the President of Russia, Vladimir Putin, has he expressed concern to you that the new corridor represents an alternative to Russian gas?

R. Frankly, I can tell you that we have never discussed this issue. We meet regularly several times a year and talk constantly on the phone, but he has never raised it. This issue of competition is greatly exaggerated and has been politicized without any basis. Our gas supply cannot compete in any way with the Russian one.