Skip to content
Home News “If you don’t want to do something exciting, don’t sing” 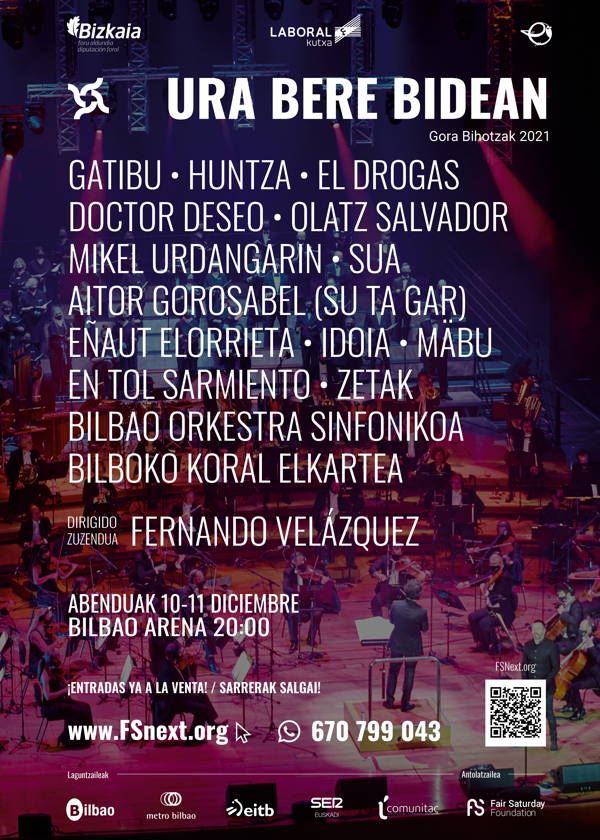 Before the concerts, we have talked about this collaboration, also collected in disc format, with Fernando Velázquez and Ane Barrenetxea.

How did the project of the album and the Ura Bere Bidean concerts come about?

The project arises as a kind of logical evolution of the Gora Bihotzak concert last year, in which we did several songs. Taking advantage of the fact that the orchestra had no activity because it could not do opera, and seeing the situation, it was emerging until we came across this idea, which has continued to evolve practically until the day of the concert.

It’s nice, because it’s an idea in motion.

What criteria did you use to choose the repertoire? What characteristics did the selected songs have to have in order for them to finally enter the repertoire?

We have also chosen the repertoire in a very dynamic way because we have changed the criteria along the way. There are songs that are by the author and that have magically found an interpreter who sings them like no one else, and others are the song with its own author, such as “Itxaropena”, by Su Ta Gar, with Aitor Gorosabel.

We have chosen songs that taste classic, even though they were written today.

What were you looking to contribute to the songs through the arrangements prepared for these versions?

I like to think that the arrangement does the song justice, that it does its own version. We do not try to attract attention with everything that an orchestra can do, but to tell what the song wants to tell.

How do you consider the task of dressing, for example, a song as naked as “Kideari” with all the means that an orchestra gives you and that maintains its essence?

Indeed, the example of “Kideari” is proverbial. It is a song written by Mikel with lyrics by Kirmen Uribe, but, even though he does it himself, it is an epic song, very big, because it goes from practically the suggestion of a chord that is almost not a chord to a crescendo in the one who gives everything.

That kind of epic fits the orchestra like a glove. In the end, almost all the songs have something of epic, of great, of emotion. If you don’t want to do something exciting, don’t sing. There are few songs that do not seek to excite.

Here one looks for the spirit of the song, I’m thinking of “Gogo eta gorputzaren zilbor-hesteak” with lyrics by Artze and music by Laboa. It is a song that talks about the rupture, curiously the same message that “Aitormena” offers. That epic and those sincere emotions lend themselves a lot to telling with the orchestra. 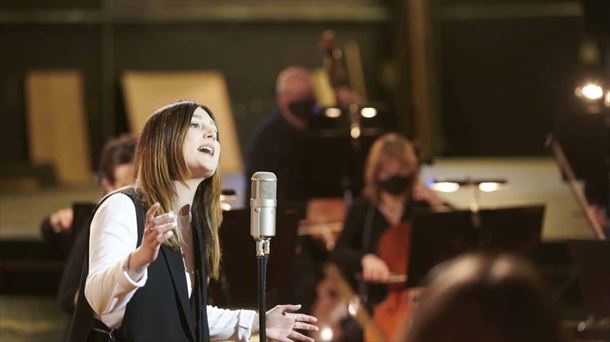 These are two totally different situations, and since this is the first time I’ve done something like this, I have to admit that I miss them.

I’m not used to being a soloist, and the musical style and format have nothing to do with it either, but singing with the Bilbao Symphony Orchestra and with the choir, as well as being an honor, is an experience that I will never forget.

You have played the Itoiz classic “Hegal egiten”. What do you think of the song and how did you work on it?

There will be few people who do not know the Itoiz classic “Hegal egiten”, so I was very happy to receive the proposal.

When it came to singing, I had complete freedom to do it my way, and I found it interesting to make some changes to the melody to create a “different” version. The song tells the story of a man who wants to be a robin, and I would say that telling that story through music is very beautiful, special and powerful.

From what you have seen in the recording, in the rehearsals, etc., what will the public find in the concerts?

The public will have the opportunity to live an incredible experience. Songs that are already known will take on another artistic dimension, and they will be part of it.

There is a lot of work behind all this, and all the details are very careful. I think viewers will get goose bumps on more than one occasion. Let’s see if it’s in my song, ha ha ha.

In rehearsals and recording, you have already been able to see from a privileged position the result of this collaboration. What will the public find at the concerts on December 10 and 11?

The idea is that what draws attention is the whole, the variety and the unity within the variety. We are going to go through a lot of different emotions and with very different people.

In the choir we have very young singers and some great singers. I think that the variety and the love we have for these songs, which deserve to be in the temples of art, will create a magical communion.

It will be a show that is going to have tenderness, fun, emotion… It is a repertoire of songs from our lives that define us as we are and make us who we are.