Skip to content
Home News If Julian Assange is a terrorist, then Biden is a dictator | Opinion 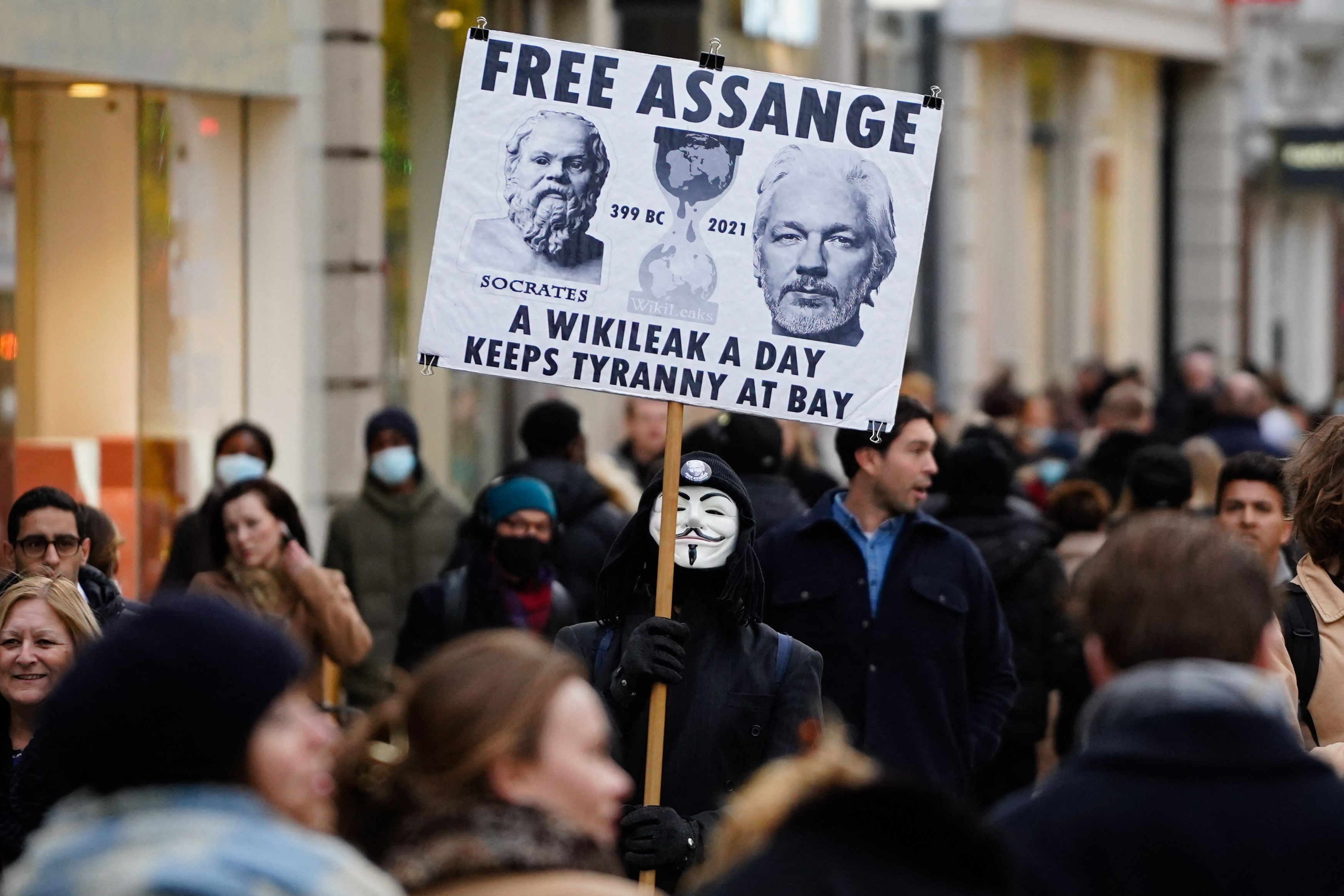 It is not so easy to extradite someone. To begin with, extradition is subject to protocols and conventions that exclude hundreds of countries based on strictly humanitarian criteria. But, even when it is a pact between democratic gentlemen, extradition is prohibited for crimes of a political nature, with the exception of terrorism, crimes against humanity or attacks against a head of state. And yet, the British justice granted this Friday the extradition of the founder of Wikileaks, Julian Assange, without having committed these crimes. If the United States can obtain the extradition of an Australian for publishing classified documents to report crimes, what will prevent Russia or China from doing the same to Spanish journalists for publishing classified documents to report murders, genocide or corruption?

Headlines highlight details that distract from the main case. Last January, District Judge Vanessa Baraitser decided that it would be oppressive to allow Julian Assange to be transferred to the same maximum security facility where millionaire Jeffrey Epstein had just committed suicide or to submit to the “special administrative measures” of the US Administration. . If it seemed like a small triumph, this apparent scruple has ended up facilitating what it seemed to want to prevent. On this premise, the two judges of the British court of appeals have considered that the new guarantees offered by the United States Government satisfy the humanitarian criteria regarding the well-being of the accused, and for this reason they have decided to allow his extradition. As if the trial depended on the conditioning of the cell and no longer on the legitimacy of the charges, and the precedents they represent for international law.

Assange faces 17 counts of collaborating with intelligence agents to obtain and distribute classified military information and classified diplomatic cables. Which is the same thing that newspapers do every day like The Country, The Guardian Y The New York Times. He is also accused of conspiring with Private Chelsea Manning to to hack Defense Department computers, a crime that could lead to terrorism, but where no evidence is provided or there is no indication that the assault took place. Assange does not meet the extradition criteria, yet Judge Baraitser declared last January that the petition “did not cross the extradition limit for a political offense.” But if he is extradited, Assange will be tried in a country where he has no civil rights, by the same government he has denounced for committing torture and war crimes in Iraq and Afghanistan. The same government that has commissioned smear campaigns against him and planned his kidnapping and murder with the sole purpose of silencing Wikileaks.

In order not to be extradited for a political crime, Assange would have to have committed terrorist offenses. But if he has committed it is terrorism, then so have we. The countries where we do not extradite anyone on humanitarian grounds, a list that begins with Algeria and ends with Yemen, are full of journalists jailed for committing terrorist crimes. If the United States becomes one of them, it is our responsibility to remove that country from our extradition agreements.

When he was the vice presidency of the United States (2009-2017), Joe Biden called Assange a computer terrorist to separate the Wikileaks leaks from the case of the pentagon papers. That was the precedent that protects the free press from being persecuted by the Government since 1971, because when the Administration of then President Richard Nixon sued The New York Times already The Washington Post so that they would not publish the leaked papers, which recounted the unofficial war in Vietnam, the Supreme Court said no. Both Biden and the then Secretary of State, Hillary Clinton, pressured the Administration of President Barack Obama to indict Assange for crimes of terrorism. And President Obama dismissed it, considering that he could not prosecute Assange for publishing state secrets that had also been released by the Times and the Post without compromising freedom of the press in the United States.

Today Biden is president and the Democratic party blames Julian Assange for having made Hillary Clinton lose the election against Donald Trump, publishing a leak of emails from his campaign manager, John Podesta, which dominated the front pages of the mainstream media. in the final stretch of the 2016 elections. If he succeeds in getting justice to convict Julian Assange as a terrorist for publishing classified documents that demonstrate that his Government commits war crimes, the precedent will serve for any Government to imprison journalists of any nationality, operating from anywhere, for publishing the truth.

Marta Peirano He is a journalist. She is the author of The Enemy Knows the System: Manipulation of Ideas, People, and Influence After the Attention Economy (Debate).