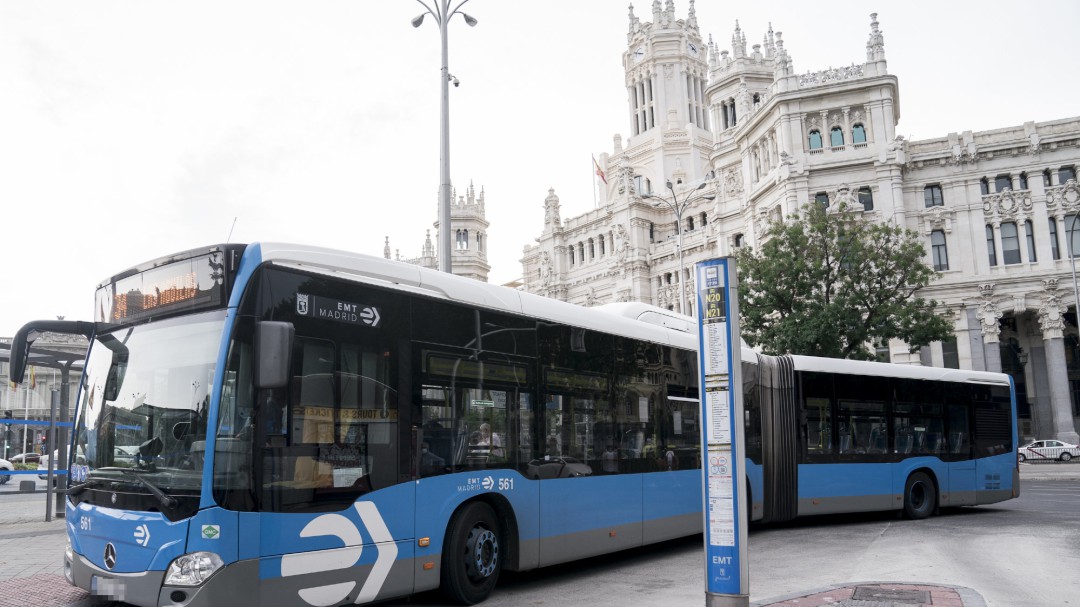 EMT services will be free at any time from this Friday to next Sunday on all lines of the service. The Madrid City Council is launching this campaign to encourage the use of public transport and to reduce movements in private vehicles. And locals and tourists are already enjoying the benefits of the measure. Most of the citizens asked assure that it seems to them a good initiative, not only because of the economic savings it represents for travelers, but also to solve some mobility problems in the city and also to be more respectful with the environment.

Tourists will be the main beneficiaries of the measure. Ana is one of them. He arrived this Friday from Alicante to spend the weekend in the capital with his mother and has already taken a free trip in the EMT. “It is very good because we come from tourism and to visit Madrid it is very great that we do not have to spend on transport. We have just used it and we intend to use it more throughout the day,” she confesses.

Ana will take the opportunity to visit some shops on Gran Vía for this Black Friday, in addition to enjoying the leisure options that the city offers. Something that coincides with Beatriz, who has traveled from Galicia to attend a Davis Cup tennis match, which is also held these days in the capital. He also wants to take the opportunity to see the Christmas lighting, which will open this afternoon. He did not know that the EMT offered free services for this weekend, but he asserts that he will consume it: “If it is free, of course I will take it.”

With the commercial claims for Black Friday and the premiere of the Christmas lighting, large displacements are expected in Madrid capital. In fact, in the last four years, these days there have been pedestrian increases of up to 60% in the downtown area, an increase in passenger demand in the EMT of more than 5% and a rebound in vehicle traffic up to 9% gated inside the M-30. The Saturday of the Black Friday weekend is the high point of movements, according to data from the Directorate General for Management and Surveillance of Circulation of the Environment area, although many stores will only have their discounts during this Friday.

Tourists are not the only ones celebrating the free EMT travel. The people of Madrid also consider the measure very positive. Ania and Celia are two friends who live in a town on the outskirts of Madrid. They assure that they are not going to consume the service because they do not reside in the capital, but they emphasize that it is very good. “It’s good for young people or people who have mobility problems because of the number of cars in Madrid,” says Ania, while Celia thinks it is a “super good idea because what people want is to move for free.”

Neither will María José and Emiliano take advantage of it. They are regular users of the EMT that is why they already have a monthly subscription, previously paid, so the free service does not benefit them. Still, they insist it’s a very good idea. Other people from Madrid, on the other hand, are going to use it. Monica does not generally use the public bus network, but rather Metro. She was unaware that this Friday the free service began, so she regrets that she had not had “more publicity” because if she had known, she would have taken the bus. “If I go out this weekend, for example to come downtown, I will take the bus,” he concludes.