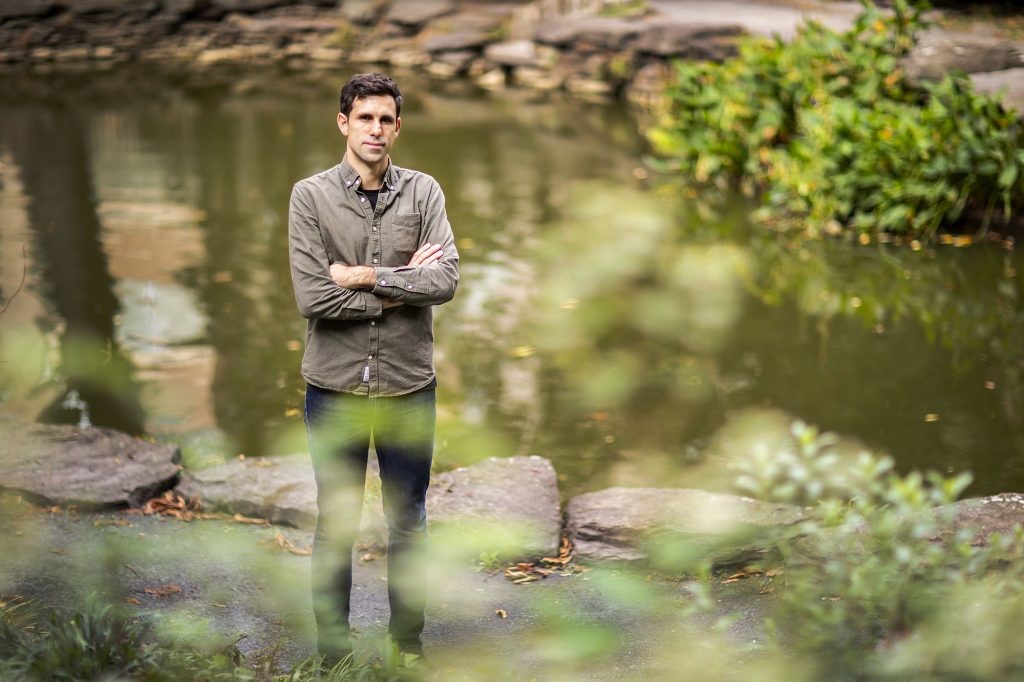 The proteome, the complete set of proteins in the body, is an untapped mine. More than half of these basic and essential molecules built from the genetic code remain unexplored. However, its functions can provide an arsenal for the health of thousands of people. An investigation led by the Spanish César de la Fuente, Princess of Girona prize for scientific research and professor of bioengineering at the University of Pennsylvania (USA), has discovered 2,603 ​​peptides (molecules made up of amino acids, a kind of small proteins) with functions biological not related to the immune system and that, however, have anti-infective activity. A proprietary and natural pharmacy of special relevance in the face of resistance to antibiotics, which could cause millions of deaths in the coming years. The research, published in Nature Biomedical Engineering, has resorted to artificial intelligence to locate peptides with antimicrobial capabilities in this huge and unknown field of proteins.

De la Fuente explains the system used: “It’s like when you have a very long document in Word and you want to find a particular word. This search function allows you to find it in all the places in the document. Our algorithm operates as a search engine that finds biological information, molecules, structures and amino acid patterns that can correspond to potential antibiotics. We have found thousands of new so-called encrypted peptides. “

Thus, De la Fuente’s team, with which the University of Naples (Italy) has also collaborated, has searched through artificial intelligence for those amino acid bases with the ability to attack pathogenic bacteria, modulate those with basic functions in the colony intestinal (microbiome) and with anti-infective potential.

The algorithm has identified 43,000 peptides with the characteristics they were looking for (8 to 50 amino acids in length and with hydrophobic and hydrophilic parts) and has found them in unexpected regions of the proteome, as explained by the researcher: “We have found many of them not only In the innate immune system, which is where you would imagine you would find these types of molecules because they are the ones that allow us to defend ourselves from pathogenic invaders, but also in the nervous, cardiovascular or digestive systems. This leads us to think that the immune response on the part of the host, in this case of the human being, against infections does not depend only on the immune system ”.

Of the total located, the 2,603 ​​that best responded to the required parameters were selected. To validate the antimicrobial functions, 55 of them have been synthesized and exposed to eight different pathogens, including E. coli and bacteria that cause staph infection and pneumonia.

“We found that 63.6% of these 55 encrypted peptides showed antimicrobial activity,” says de la Fuente. And he adds: “Interestingly, these peptides not only fought infection by some of the most harmful bacteria in the world, but also targeted intestinal and skin commensal organisms that are beneficial to us. We speculate that this could be indicative of a modulatory role of the microbiota that these peptides may also possess ”.

The team also found that, when combined in “cocktails” of peptides derived from the same biogeographic area within the body, they enhance an individual’s ability to fight infection by 100 times.

One more advantage of these encrypted peptides, in addition to the fact that the tests did not detect any toxicity, is that they kill pathogenic bacteria by targeting their membrane. Juan José Infante, microbiologist and director biochemist of Vaxdyn, an Andalusian company that tests a vaccine against bacteria resistant to antibiotics, explains that the proteins of the outer membrane of the bacteria are its fundamental shield and its formulation is directed against them: ” If it is possible to create immunity against these membrane proteins, it will be very difficult for the bacteria to escape because these molecules cannot change much, since, if they do, they lose their functionality ”. Some drugs work against the sugars (polysaccharides) in the envelope bacteria, but the bacteria have learned to escape immunity.

In this sense, De la Fuente emphasizes that the peptides identified by his research “go directly to the membrane, which is what the bacteria uses to mutate more efficiently and develop resistance”. “When the membrane is attacked,” he adds, “the pathogen needs many mutations, much longer, to defend itself than when, for example, it is attacked with a conventional antibiotic, which normally only has one target and is easier for bacteria. develop a mutation in order to survive ”.

The researcher notes that the newly discovered encrypted peptides “are good candidates for sustainable antibiotics.” In this sense, he adds: “We are designing experiments so that these molecules serve as a guide to design future antibiotics.” “Whole protein,” he explains, “has a function, a day-to-day job. But when it is cut, the fragment that is released begins to have that antibiotic function. In the future, it is possible to think of ways to induce the cutting of these larger molecules to release the fragments with anti-infective capacity through food or metabolites ”.

And there are other fields, according to De la Fuente: “This tool [el algoritmo de búsqueda] can potentially be applied to grannies other than the genome and proteome, such as the transcriptome [las lecturas de los genes, su transcripción para usarla para sintetizar proteínas] and the metabolome [el conjunto de metabolitos, pequeñas moléculas implicadas en los procesos biológicos] of the cell, to quickly and exhaustively search a wide range of molecules, be they antimicrobial, anticancer or antiviral, opening new doors in many areas of drug discovery and molecular research ”.

Francesca Micoli, a researcher at the Glaxo Smith Kline (GSK) Vaccine Institute, highlights that resistance to antibiotics is a “global threat”. Co-author of a review of vaccines in development against this next pandemic, published in Nature reviews microbiology, states that “as resistance to multiple drugs increases, novel and effective therapies are needed, as well as prevention strategies.”

Among these strategies, monoclonal antibodies are being investigated, which are directed against the virulence factors of bacterial pathogens (molecules that microbes use to weaken the natural immune response of infected cells). However, the most advanced developments are aimed at a single goal, while diseases caused by bacteria are often multifactorial.

Bacteriophages, viruses that infect bacteria in a specific way, are also investigated. The main advantage is its low toxicity, which allows a large number of phages to be administered in a very small dose.

Another front is to enhance the microbiota, the own bacterial colony in the human intestines. Antibiotics can eliminate that beneficial community and provide an opportunity for opportunistic pathogens to colonize the human host and cause infections. Oral administration of a mixture of spores of various bacteria isolated from fecal samples from a healthy donor has shown promising results. Eating yogurt with the probiotic strain Bifidobacterium lactis BB-12 appears to protect against damage to the gut microbiome associated with the administration of antibiotics, according to a clinical trial conducted by the universities of Maryland and Georgetown published in Nutrients.

Another option is early action. Researchers at McMaster University have developed a tool, which also uses algorithms like De la Fuente’s work, to identify the presence of life-threatening bacterial pathogens, according to research published in Cell Reports.

Vaccines, another of the promising fronts, try, basically and through different strategies, to attack and prevent infection by teaching the body to identify and eliminate the pathogen. The Spanish biotechnology company Vaxdyn, in collaboration with a research network and with the support of the Bill and Melinda Gates Foundation through the entity CARB-X, develops a revolutionary vaccine against these resistant bacteria. It has successfully passed the early preclinical phases and plans to begin human trials within two years.