Skip to content
Home News Ibrahim Arteaga: Arrested in Galapagar one of the assassins convicted of the murder of Díaz Moñux, lawyer for drug traffickers | Madrid 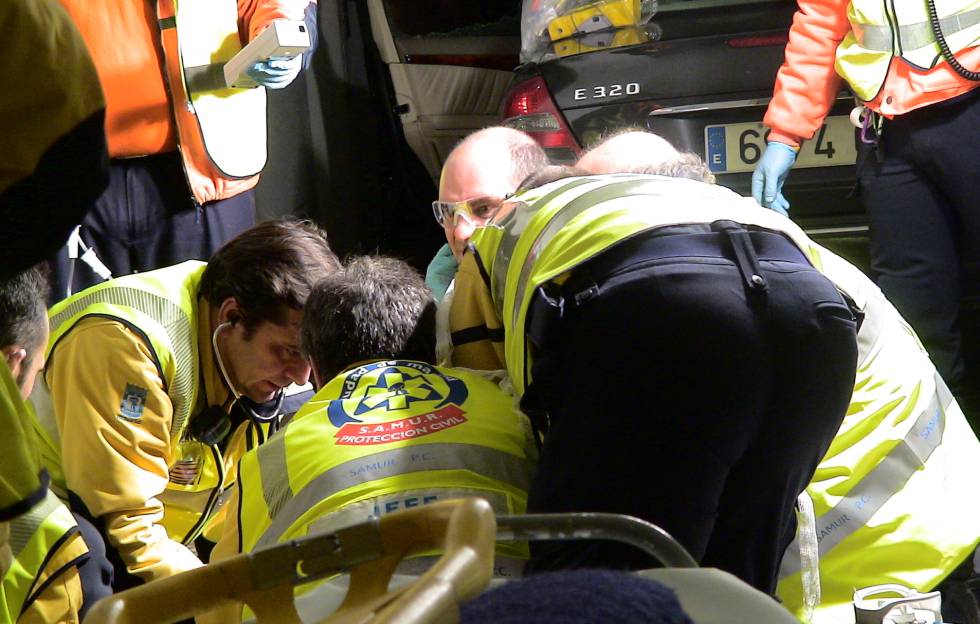 He tried to escape, but it was useless. Ibrahim Arteaga’s escape from justice, convicted of participating in the 2008 murder of lawyer Alfonso Díaz Moñux, has lasted barely two months. The Police have arrested him in the Madrid municipality of Galapagar when he was leaving his partner’s house. He had been in prison since 2015 for belonging to the gang of assassins that ended the life of the lawyer famous for defending drug kingpins such as Sito Miñanco or Laureano Oubiña’s stepson, David Pérez Lago. The arrested took advantage of a permit at the end of November not to return to the Navalcarnero prison.

This is one more chapter in the history of the cold and precise assassination of Díaz Moñux. The Madrid lawyer represented Oubiña’s stepson in a drug trial in the early 2000s in which he was convicted. Also sitting on the prosecution bench was the lawyer Tania Varela, a partner of Pérez Lago at the time. After the process, Varela ended his relationship with the drug trafficker and began one with the lawyer, who also gave him a job at his law firm.

The night that Díaz Moñux was shot twice in the head, Varela was in the passenger seat of the car in which the lawyer was attacked, but she was unharmed. After the first trial for the crime, she went on the run and remained hidden for five years, becoming the only woman on Interpol’s most wanted list. The Police found her in 2018 in a playground in Sitges (Barcelona), with the daughter she had had at that time in which she remained in the shade. Since then he has remained in prison to serve his sentence for money laundering.

Arteaga was part, along with seven other assassins (four Spaniards and three Colombians), of the gang that they commissioned the murder of Díaz Moñux. In the sentence, it was proven that he was a “hired killer” and that his role was to monitor the lawyer’s home, office and routines. Arteaga’s sentence was six years in prison, which the Supreme Court later increased to 10. The Police have searched for him at all times in the national territory, after verifying that there were no indications that he had left the country. In their investigations, it was when they discovered that he had a relationship with this woman who lives in Galapagar, and who, like him, is of Colombian nationality.

The trial for the lawyer’s death was held three times. The first, in 2013, was annulled due to a defect in the conclusions of the popular jury. It was repeated in 2015. In those two years, Varela disappeared, but also another of the convicted, Miguel Ángel Durán, who hid in Brazil and whom the Police also arrested in 2017. This forced the process to be held a third time. to prosecute Duran.

On this occasion, Varela appeared as a witness and assured that he did not remember anything of that night and that the lawyer had warned him about the death threats he was receiving. One of the police officers who participated in the investigation stated at the hearing that Díaz Moñux lived in fear that Pérez Lago, Oubiña’s stepson, wanted to end his life. The Madrid Bar Association had denounced the warnings that the lawyer received on his mobile in the weeks prior to his death.

The assassins declared that they had been paid 60,000 euros for the commission, which only included the death of the criminal. They fulfilled their mission on a cold December night, when the victim, who died at the age of 43, was about to enter the house.

Electric cars should have government tracking devices to tax by the mile, climate advisers urge