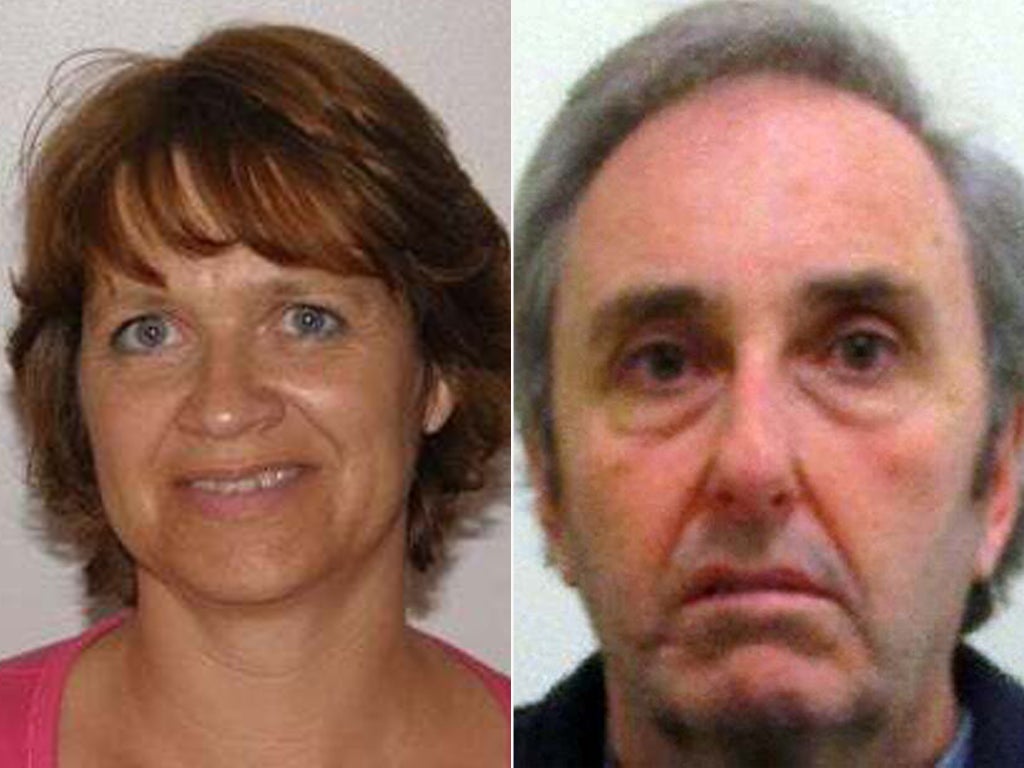 Diane Stewart died at the home she shared with husband Ian Stewart in Bassingbourn, Cambridgeshire, in June 2010.

The 47-year-old’s cause of death was recorded at the time as Sudden Unexplained Death in Epilepsy.

But police reopened their investigation after Stewart, 61, was convicted of the 2016 murder of his fiancée Ms Bailey, whose body was found in the cesspit of the £1.5 million home they shared in Royston, Hertfordshire.

Stewart was accused of murdering his first wife when examination of brain tissue donated to medical research showed her “breathing had been restricted”, a court heard.

The defendant told his trial he found his wife collapsed in the garden of their home in Bassingbourn when he returned from the supermarket on 25 June 2010.

Stewart told Huntingdon Crown Court the couple’s elder son, Jamie, had left for his driving test that morning, while their younger son, Oliver, was at school.

Stewart said he drove to Tesco to buy food to “celebrate” after his son’s driving test, but realized he had forgotten his wallet and returned home to look for it. Upon his return, I have allegedly found his wife “crumpled on the floor”.

He said he tried to revive her, attempted to contact neighbors who were a doctor and nurse, tried again to revive his wife, and then called 999.

Oliver Stewart, who was 15 at the time of his mother’s death, said he found his father “in bits” after he was brought home from school by a neighbour.

He described the relationship between his parents as “loving, caring, kind, family-oriented”.

As part of the police investigation following Stewart’s 2017 murder conviction, consultant neuropathologist Professor Safa Al-Sarraj was asked to examine preserved parts of Ms Stewart’s brain, which had been donated to medical science.

Prof Al-Sarraj said there was evidence Ms Stewart’s brain had suffered a lack of oxygen prior to her death, and he estimated this happened over a period of 35 minutes to an hour.

Prosecutor Stuart Trimmer QC said Ms Stewart’s death was “most likely caused by a prolonged restriction to her breathing from an outside source”, such as smothering or a neck hold.

Both of the couple’s sons were out on the day of their mother’s death, with then 15-year-old Oliver at school and Jamie, then 18, taking his driving test.

Stewart denied killing Ms Stewart at their home, but a jury found him guilty of her murder following a trial at Huntingdon Crown Court.

Questioned by Mr Trimmer, Stewart insisted during his trial that the two women’s deaths were a coincidence.