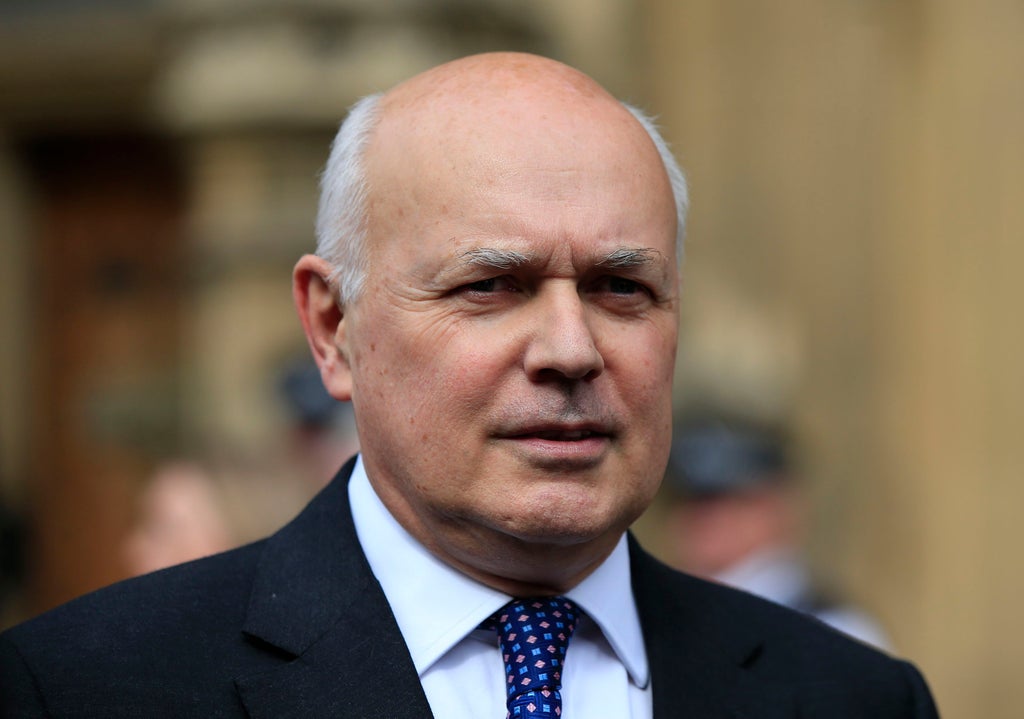 Sir Iain Duncan Smith has warned cabinet ministers and others planning to challenge Boris Johnson to “temper” their ambition, as the former Conservative leader backed the prime minister to sort out the Partygate scandal.

The senior Tory figure appeared to aim his message at chancellor Rishi Sunak, whose team is reportedly planning for a leadership contest in the months ahead.

“If there are certain individuals who think they have a right to have a claim on that title of prime minister, well, fine – ambition is a thing which exists in all of us,” Sir Iain told the BBC on Sunday.

Sir Iain added: “But it’s ambition at the right time. And I would say to people, temper your ambition.”

Cabinet ministers appear to be squabbling over loyalty to the prime minister after Mr Sunak and health secretary Sajid Javid distanced themselves from his Jimmy Savile smear.

One cabinet member called for Mr Johnson to sack Mr Sunak, according to The Timeswhich also reported that two other ministers have accused him of being “on manoeuvres” for party leadership.

Senior backbencher Tom Tugendhat, chair of the foreign affairs select committee, has already revealed he will “go for it” if Mr Johnson is forced out of No 10.

Sir Iain was scathing about government parties during the Covid pandemic – but warned against “internecine warfare” in the party at a time the public wanted ministers to get on top of the cost of living crisis.

The former leader said Mr Johnson’s scandal “damages the reputation” of the Conservatives and said the electorate’s trust had been lost – saying the PM bears the “overall responsibility” for mistakes.

Asked if the Tories could recover with Johnson at No 10? “None of us know the answer. when you lose [trust] it’s a very difficult task to get it back across the board.”

But the former leader said Mr Johnson should remain in place to try to “sort” out the mess. “He was the man who oversaw what was wrong.”

Asked if he thought Mr Johnson would lead the party into the next general election, he said: “I do at the moment. The prime minister is the one who has to sort this out. The public will expect that of him.”

He added: “I am not particularly in favor of plunging us into the mess of votes of no-confidence followed by leadership elections.”

Members of the prime minister’s shadow whipping operation believe that at least 35 letters have already been submitted to the chair of the Conservatives’ 1922 Committee Sir Graham Brady, according to the Sunday Times.

It comes as senior Tory MP Sir Charles Walker – previously one of Mr Johnson’s most loyal supporters – said it was now “inevitable” that he would be ousted over Downing Street parties.

Business secretary Kwasi Kwarteng said on Sunday it was not at all inevitable that Boris Johnson would have to stand down, saying “I don’t see what he’s seeing” about Sir Charles’ remarks.

Mr Kwarteng dismissed talk of dozens of submitted no-confidence letters as “feverish speculation” and denied the prime minister had lost the confidence of the party.

“I don’t think so at all,” he told the BBC. “A few people have said they are not happy, they’ve expressed their views publicly.”

The cabinet minister also defended Mr Johnson over his Jimmy Savile smear against Sir Keir Starmer, saying it was “perfectly reasonable” for the PM to have claimed the Labor leader had failed to prosecute Savile as part of the “cut and thrust” of debate.

Lord Barwell said there was a “strong case for change” when asked if Mr Johnson should resign – but he added that he does not think there is “a chance in hell” that the PM will voluntarily step down.