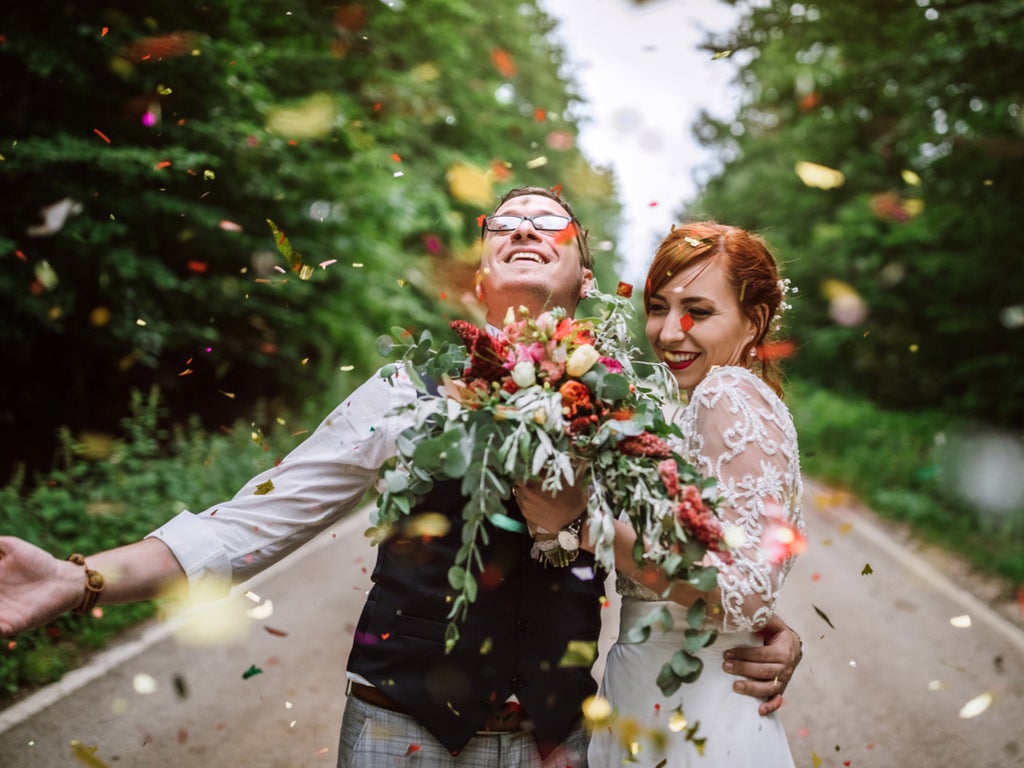 Today, Thursday 27 January, MPs will debate whether to legally recognize humanist marriages in England and Wales: a simple and uncontroversial piece of legislation that, despite cross-party support, the government has stalled on for nearly a decade. Until humanist marriages have proper recognition, I won’t marry my partner of 16 years.

At the moment, if a couple wishes to have a humanist wedding and be married in the eyes of the law, they need to have a civil marriage with a register as well. It’s a costly and laborious process, which often involves having to explain to confused family members why there are two ceremonies, one of which they may not even be invited to. And it means that the one the law sees as their “real” wedding is not the one that is of significance to them.

As a Humanists UK celebrant, I see couples make this decision all the time – despite its setbacks and the extra cost and organization involved. This is because humanist ceremonies are so deeply personal and unique to the couple, reflective of their beliefs and how they view the world around them.

This is a view shared by my partner, Christopher, and I. We’ve been together for 16 years and though we want to get married as soon as possible, this won’t be at any cost. As humanists, we want a distinctly humanist form of marriage, which allows us to not only express our feelings and beliefs fully and authentically, but will also demonstrate and add weight to our personal commitment and efforts to live that way.

As a humanist, I use reason and compassion as a guide in the one life I believe we live, without reference to any supernatural deity or realm. A religious wedding isn’t an option, nor is a civil ceremony, which for me represents in essence only the establishment of a legal contract of marriage. It does not reflect the deeper, more profound meaning and significance of marriage, nor does it allow me to express my feelings and beliefs fully and authentically.

My partner and I love each other. We are fully committed to one another and intend to spend the rest of our lives together. With increasing age, we feel it is ever more important to have the opportunity to legally reflect our lasting commitment to one another, as well as providing us equal status, something that will be of significance when, inevitably, one of us dies.

Feeling as strongly as we do, Christopher and I were one of six humanist couples who took a legal case against the government in the High Court in 2020. The government has had the ability to enact legal recognition of humanist marriages by order since 2013. With parliamentary approval already granted, this change could be implemented almost overnight. Yet, in the nine years that have passed, the government has stalled implementing review after review, disheartening thousands of couples in England and Wales who wished to marry this way.

Though the judge in that case acknowledged that “the present law gives rise to … discrimination”, she refused to issue a declaration of incompatibility. This is because she agreed with the government’s argument that it wished to implement “wholesale” rather than “piecemeal” reform of marriage law, by way of an ongoing Law Commission review.

See also  # ConnectionGallego | The dangerous normality of Barça: "The culé has already gotten used to this type of defeat" | sports

The review started in 2018, is expected to report this summer, and won’t be implemented until 2024, if at all. The main reason why the government’s wish for wholesale reform was only deemed to be legitimate was because of inconsistencies in existing marriage law that need resolving on who could and could not get married outdoors.

Since then, however, the government has moved to allow civil and religious marriages outdoors, with the move already in place for civil marriages. Humanist marriages have once again been left off the table. It was the exact type of piecemeal reform that the government claimed it wished to avoid. It doesn’t make sense. Clearly, when it has the will, the government can make change happen. That is why I’m so glad humanist marriages are being debated in the House of Commons on Thursday, and that there’s not only cross-party support, but support from MPs across the spectrum of religions and beliefs. I also gather that a letter is being released, signed by 53 MPs and peers, calling for the same.

Kate Harrison is a humanist and Humanists UK celebrant