Skip to content
Home News ‘I was being crushed, it was horrific…’ Mancunian stuck in Ukraine after visiting girlfriend describes their terrifying 23-hour border crossing to safety


A Mancunian who was stranded in Ukraine after visiting his girlfriend has described their terrifying border crossing to safety.

Jez Myers, 44, has split his time between his home city and Kyiv, where his Ukrainian partner, Maria, had been living since 2018.

They were forced to flee the capital earlier this week as it became apparent that Russia had begun a full-scale invasion of the country.

Due to Maria’s job as a journalist, the couple fear she could have been targeted by Putin’s regime.

After spending a few days with a friend in Lviv on the outskirts of Ukraine, the couple headed for the border in an attempt to make it to safety in Poland.

Speaking to the MEN, Jez has described the horrors they faced in a grueling 23-hour trek to freedom.

“Our friend offered to drive us to the border. What should have been a one hour journey took six hours because of the traffic,” he said.

“It was a lot of husbands dropping their wives and children off before going back.

“We eventually found a back road to get there. As we approached the border we had to be checked as Ukrainian men between the age of 18 and 60 can’t leave.

“They weren’t supposed to let anyone through but when the officer saw my passport he said he would make an exception because of what the British have done to help.”

Jez describes being met by crowds of around 10,000 people attempting to cross the border into Poland.

“There is only one pedestrian crossing and it took us 23 hours. There were several thousands of people,” he said.

“There was no form of queue, no food, no drink, no toilets or medical assistance and they allow about one person through a minute.

“The temperature was -4C.

“We saw arguing and shouting and fighting. We saw people faint and we heard rumors that one person had died.

“I was being crushed. It was horrible.”

Jez said neither he or Maria could sit down or lie down for fear of losing their place in the queue.

After what can only be described as the journey from hell, Jez described the emotional moment they made it into Poland.

“When we got to Poland it brought me to tears,” he said

“There were 200 volunteers with drinks, food and clothes. There were members of the public saying they would give us a lift to wherever we needed to go.

“The community in Poland has been phenomenal.”

Jez and Maria are now staying in an apartment in Krakow until they can secure a visa for Maria to live in the UK.

He says his local MP for Denton and Reddish, Andrew Gwynne, has been supporting their application.

Meanwhile, the rest of Maria’s family remain in Ukraine.

You can sign up very simply by following the instructions here

“Maria’s father is about 10km from Kyiv and he can hear and see the shelling that is going on in the city,” he said.

“It’s about as far as being in Didsbury and being able to see shelling in Manchester.

“Her brother can’t leave the country because he is between the age of 18 and 60. He is living in a small town with his wife and Maria’s mum for their safety.

“Maria is a journalist in Ukraine so we really had to get her out.”

The couple now face an anxious wait to see if Maria’s visa is accepted, but Jez says he won’t return to his home city unless she is allowed to come with him.

“If the visa is accepted we don’t know where it might go. Hopefully we can get it diverted to Warsaw as obviously we can’t go back to Ukraine,” he said.

“Hopefully we can pick it up and fly to freedom.

“Now, we are just empty.

Heartbreaking pictures have emerged from the border over the last few days as thousands of Ukrainians try to flee the country.

On Saturday night, Downing Street said Boris Johnson and Ukraine’s President Zelensky had “agreed on the need for the international community to isolate Russia completely diplomatically and financially.” 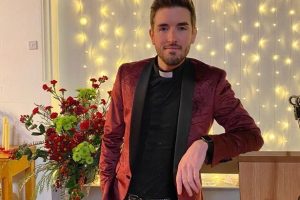 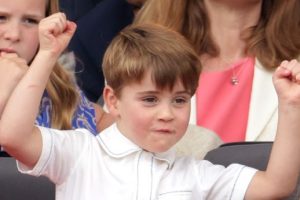 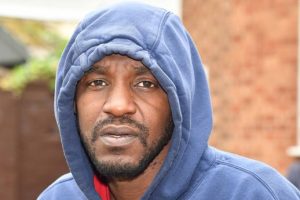