Skip to content
Home News I tried to live the tiny house dream with a baby and a toddler. Don’t do it 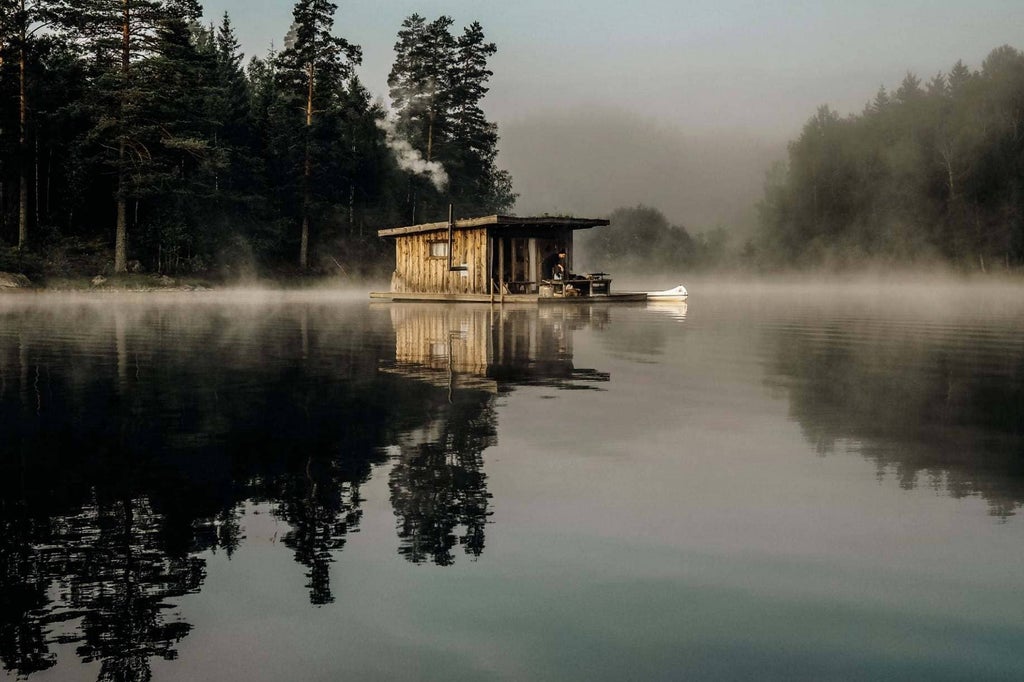 Little pinpricks of blood are seeping through the back of my pajama top. There’s a tiny person making the human crossbar of the letter H between my wife and I, as we both take on the form of contortionists simply to remain in bed. The culprit of the pinpricks is my toddler — or rather, my toddler’s razor-sharp heel toenails sawing through her footie pajamas and into my otherwise precariously arched back. The bed is too small for the three of us, a sentiment known all too well to parents of young children.

But our situation is a bit different. The bed is too small because the home is too small. After nearly fourteen years of living tiny, I’ve added toddlers and gone off-grid. Seven years, foster care, two adoptions, two tiny homes, two children with robust trauma histories, four solar panels, four backup batteries, and a ten-thousand-gallon water catchment system have done me in. I can’t do it anymore.

It didn’t start off so hard. Living tiny as an individual and then as a couple with my wife was easy. With little in our bank accounts, we were grad students with high ideals for virtuous living. My wife’s PhD is in ethics, after all. We wanted the way we lived to match our values, so we endeavored to follow an ecofeminist philosophy by reducing our carbon footprint and living as simply as possible.

When my job became toxic and we quit it all to travel full-time in a 140 s/f camper with our twenty-month-old toddler, the world was our oyster. Limited access to running water, nowhere to reliably shower, and inadequate power supplies paled in comparison to the beauty of the American landscape as we frolicked among wildflowers, snow-capped vistas, fumaroles, green mountains, lush jungles, and crashing ocean waves. So what if I have to hike five miles to get water, if I get to brush my teeth under a star-swathed sky? Who cares if I have to drive forty minutes down a dirt road to huddle in the public library with my laptop to meet a writing deadline, if my enormous canoe slices through the silvery waters of a virtually private lake in the middle of a national forest every day?

In the beginning, living off-grid and tiny was bliss. Challenging, but blissful. Because all those tough things — unreliable power, intermittent connection with the outside world, stinking a lot — were tempered by the beauty and wonder of it all. And this was doable and enjoyable with one young child. If I’m honest, though, when I dig through the trove of memories, I do also recall the possibility of grizzly bears if we didn’t immediately dispose of dirty diapers, not to mention having to poop in a plastic bag to avoid a potential bear attack one rainy night in the camper.

The three of us traveled tiny for eighteen months before partnering with the television show Tiny House Nation to build an off-grid tiny house on an acre of land on Hawai’i Island. The bliss, beauty, and magic of nature compensated for the temperamental solar inverter and backup batteries that often didn’t hold enough power for me to make my morning smoothie. There was no way they’d power a microwave, television, or air conditioner, but we had non-traditional jobs where we could work from home — or perched in a beach chair overlooking a cerulean Pacific — so it didn’t matter that we they were sweaty all the time.

Just as our child exited those difficult toddler years and turned five, however, we welcomed a new child into our tiny home through foster care. Sweet-cheeked and wobbly, a toddler with a traumatic brain injury joined our family. It was one of the best decisions we’ve ever made. This tike was resilience defined, empathy embodied. A queer family of three quickly became a queer family of four. And our home quickly became too small.

Like many tiny homes, our walls didn’t reach the ceiling. That ruled out the possibility of much privacy. Add a baby whose screams can best be described as a prehistoric mashup of a pterodactyl and wild banshee and our tiny home became downright untenable.

This wasn’t our daughter’s fault, by any means. She was a toddler, after all. And she had medical injuries and a trauma history that caused epic wails, screeches, and even seizures. It wasn’t the tiny house’s fault, either. Or even the inadequate solar situation. None of these things, in and of themselves, were to blame for me calling off-grid tiny living quits. It was the combination.

Each element — off-grid, tiny, toddlers — was fine on its own, but when united, it was simply too much. So, the next time you decide you want to go off-grid and tiny with traumatized toddlers, I’m here to tell you: Don’t do it.

Angela Jarber, PhD, is an award-winning author of seven books, and her first memoir, Queering the American Dream, will be released in March 2022