Skip to content
Home News I survived the Holocaust and was captain of the British Olympic weightlifting team. 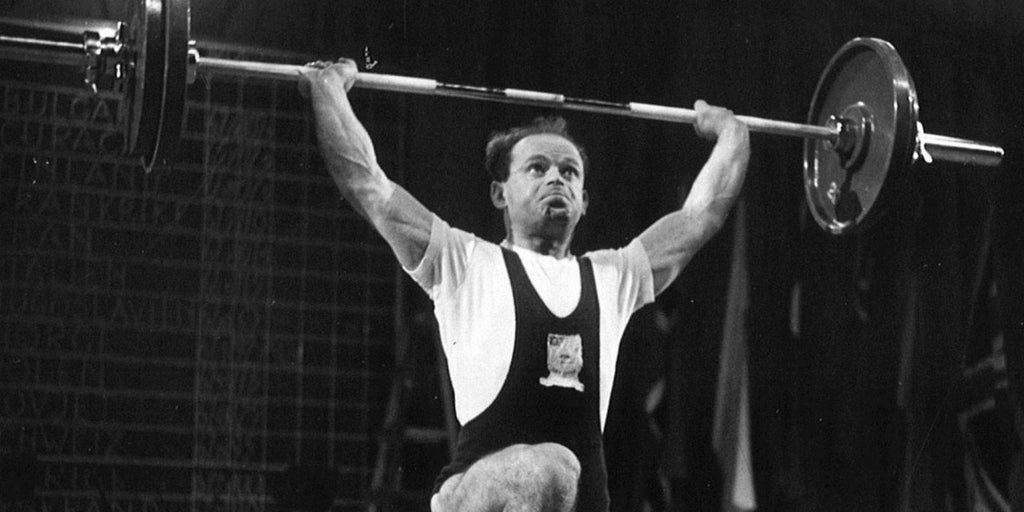 Seventy-seven years ago I was released from the Terezin concentration camp in Czechoslovakia. At that time I was alone, without my family. I was offered the opportunity to come to the UK; my father used to talk about England, so I decided to come.

They took me to Windermere in the Lake District. I was 15 years old. My childhood had been taken from me, I thought my whole family had been killed, but I was determined to rebuild my life. I was born in 1929 in the central Polish city of Piotrkow, a city of 55,000 inhabitants, 15,000 of them Jews like me.

I remember having a happy childhood, living with my parents Moishe and Sara, and my sisters Mala and Luisa. I was like any other child. I liked school, I enjoyed learning, and I loved playing sports. In 1939, all that changed.

Germany invaded Poland and as a Jewish family our lives were turned upside down. We were forced to leave our home and move to the Piotrkow ghetto, the first established by the Nazis in occupied Poland. The ghetto became more and more overcrowded and unsanitary with each passing week. There was nothing picturesque about this ghetto; several large families were forced to live in small apartments, everything was dirty and there was never enough food.

In 1942, my father was able to get me a job at a local glass factory outside the ghetto. I was 12 years old and the work was hard, but it was better than staying within the ghetto walls. Then one night, when I was coming back from a night shift, we found that the ghetto had been sealed off and people were being rounded up. In just one week, 22,000 of the ghetto’s 24,000 Jewish inhabitants were deported to the Treblinka death camp, including my grandfather. Only those with work passes were allowed to stay, which meant my mother and two sisters had to stay in hiding. My sister Mala was taken out of the ghetto to hide, while my mother and Luisa remained hidden within its walls.

Then one day the Nazis offered an amnesty, but only if everyone in hiding came forward. It turned out to be a lie. My mother and Luisa were taken to the local forest along with the 520 other Jews who had come forward. In the forest, they were shot. My sister was only eight years old.

In 1944, the Nazis liquidated the ghetto and my father and I were sent to the Buchenwald concentration camp. I was there for two weeks before being transported to Schlieben, a labor camp, and then to Terezín where I was finally released. When I left Buchenwald, I was separated from my father for the first time. I never saw him again. He was shot dead a few days before the end of the war while trying to escape a relentless death march.

After the war ended, the British government offered to take in 1,000 surviving orphaned children. Only 732 children responded to the call, as very few of us had survived. I was one of those 732 children who were brought to the UK under the auspices of World Jewish Relief, then known as the Central British Fund. They taught us English, fed us and gave us a chance to recover, and treated us kindly. Here, I took my first steps toward rebuilding my life. Despite arriving without speaking English, I was given the opportunity to study at the local primary school shortly after. Being able to restart my education was the greatest gift.

In 1947, I heard the incredible news that my sister Mala had also survived. After returning to the ghetto, she was taken and deported to Ravensbruck concentration camp before being released by the British at Bergen-Belsen. We will be eternally grateful to this great country for giving us a second chance at life.

See also  LifeHub CSIC: A group of researchers creates a network to unravel the secrets of life and "manufacture" it | Science

Shortly after arriving in London, I was walking in the park when I saw men training with weights. I asked if I could try it; They must have thought I was kidding, this skinny little kid asking to lift weights. I surprised them. I persevered, trained hard, and ended up captaining the British weightlifting team at the 1956 Olympics in Melbourne, and again at the 1960 Olympics in Rome.

Today I share my story to commemorate Holocaust Remembrance Day. I tell you this because these terrible events happened to me, my family and millions of other Jewish men, women and children. I have spent over 70 years living with what we experience and trying to make sure the world never forgets. I’m telling you this because very soon me and my fellow survivors won’t be able to do it ourselves. Now we depend on the next generation to pick up the slack and make sure our testimonies are never forgotten.

As we commemorate Holocaust Remembrance Day 2022, I now ask you to take up my mission. Do everything in your power to make sure that what happened to me and my family never happens again. As Holocaust survivor and Nobel laureate Elie Wiesel said: “Forgetting the dead would be like killing them a second time.” Let’s teach today’s children what can happen if the good ones keep quiet.