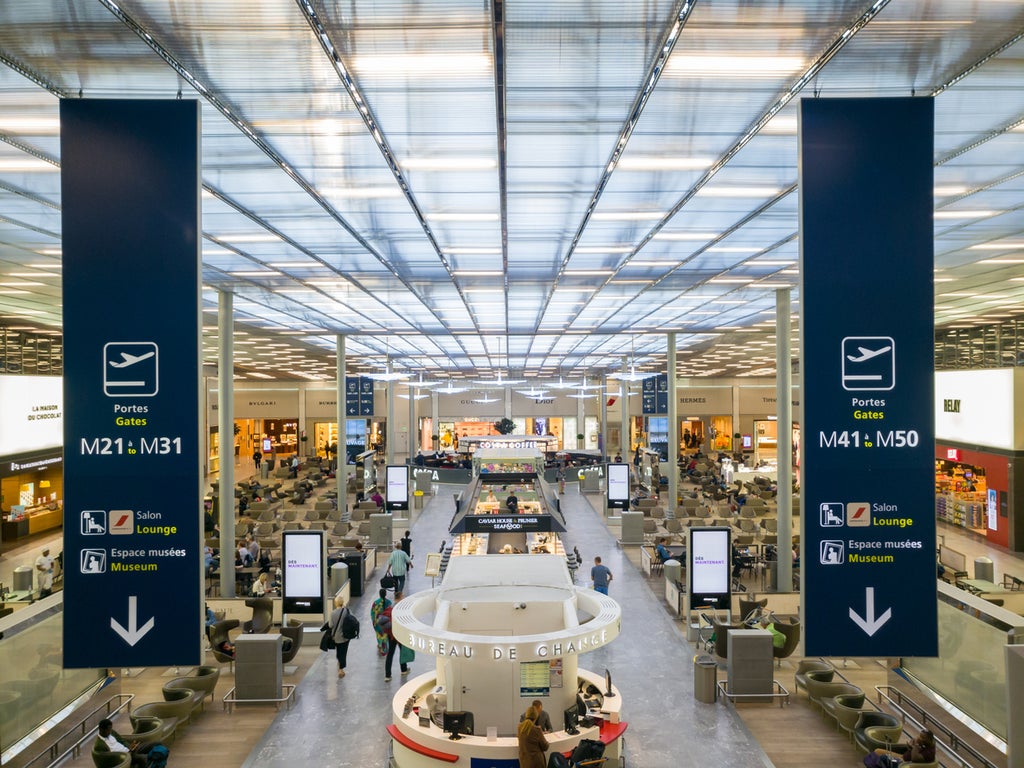 Simon Calder, also known as The Man Who Pays His Way, has been writing about travel for The Independent since 1994. In his weekly opinion column, he explores a key travel issue – and what it means for you.

For many people, “what an airport is like” is irrelevant: they are blind to the experience because they are focused on something much more important: being reunited with loved ones. Whether that takes the form of sweet anticipation on departure or joyful hugs on arrival, these travelers pay little heed to the efficiency or aesthetics. Trifles such as atrocious signposting or unhelpful security are inconsequential.

Those of us with too much time on our hands are more sensitive to how an airport actually functions. Or, in the case of Paris Charles de Gaulle, goes out of its way to defeat the very spirit of travel.

In the 1970s, no doubt, the space age look was thrilling. With relatively few people travelling, the inadequacies of the design would not have been too evident. But, goodness, they are now.

I spent Wednesday exploring Western Europe’s biggest hub in northeast Paris so you didn’t have to. And what a dismal experience it was.

Arrival: on British Airways, you emerge in Terminal 2 into a well-signed environment that looks and feels like an airport. But on easyJet, you thread through a subterranean labyrinth and exit adjacent to the car park.

Follow the signs to trains and your problems are only just beginning. There is a dedicated ticket office. Mid-morning, two of the three desks were in use, with a queue stretching out of the door. Unwantedly, one of the sales agents upped and left. Soon, the line of people needing help was halfway to Paris. And then, to the open-mouthed astonishment of the collected weary travellers, the one remaining chap also walked out for a 10-minute break.

Tickets for the RER rail link into the center of Paris are available from multilingual machines, but good luck finding the right platform (you want 11 or 12) – and don’t expect anything as useful as a timetable or destination screens announcing the next train .

I caught the (free) CDGval driverless train, resembling the Gatwick shuttle, to go beyond the only functioning terminal. The spaceship vibe of Terminal 1 is obscured and inaccessible, which is not without thing. The central area – a good mile away, and confusingly labeled CDG1 – provides the closest you will get to feeling human. Inside the station (yes, no plans from here) is an M&S Food store that dispenses decent fare at lower prices than the other airport outlets. And if you nip out to the ground of the Ibis hotel, you can perch on a bench and picnic (smoking staff permitting).

Five minutes’ walk away, through a decaying concrete tunnel beneath a highway, is Terminal 3.

This big shed is the usual home for budget airlines, but is currently closed. While it is more central than either 1 or 2, the airport authorities apparently wanted to make it sound a long way away – so they christened it Terminal 9 initially. And almost next to it, the only transport hub that seems to work at CDG: the bus station. It is well organised, with regular, signed departures to various suburbs of Paris, a fast link direct to Opera in the city center and even long-distance express coaches to cities such as Caen in Normandy.

At any big, hub airport anywhere in the world, I like to search around the environments to find the nearest local settlement. In Madrid, for example, the pleasant village of Barajas is a stroll away. Amsterdam Schiphol has excellent pedestrian and cycleways into the southern suburbs. But I could find no way at all of reaching the poor, benighted village of Roissy that gave its name to the development. I saw a church spire, and Google maps talks of a brasserie, but I have no evidence that this exists – and you certainly won’t be popping out for lunch between flights.

The parting sign read: Paris vous aime, “Paris loves you”. The beautiful, cultured city might, but the airport has a downer on humanity.